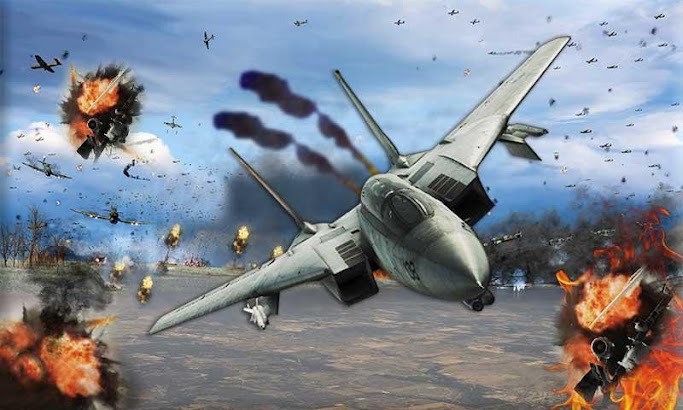 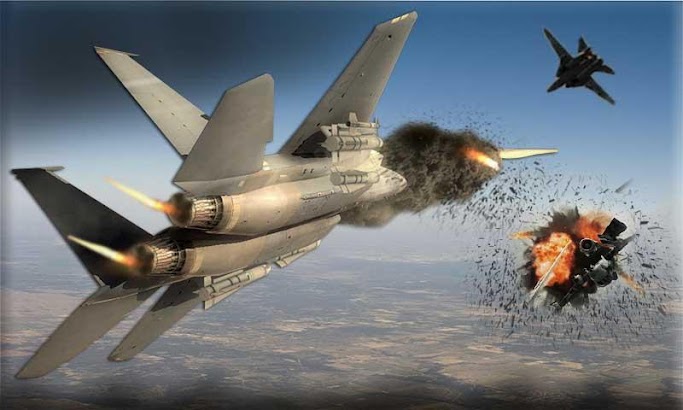 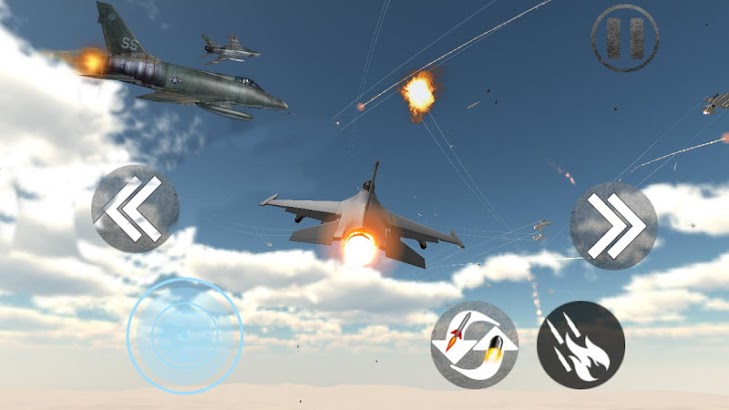 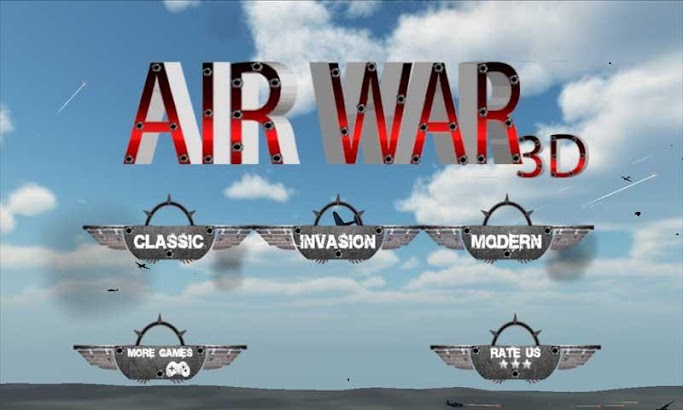 Did you ever see a dream to fly in air ever before on a super-fast F-16 Fighter jet. If yes then now it’s time to make your dream true. Just assume that you have joined air force recently. And now you are brave air commander to protect your country from rivals attacks. Prepare your jetpack to clear the battlefield successfully.

After some time NASA developed a new Fighter Falcon-16 model for war operation and assign your country air force to test that F-16 in a real air war action. From your whole squad you have selected for this mission. And now you have to complete this mission successfully for your country.

You are going to take your missionary and daring flight in a 19,700 pounds and 50 feet larger Air fighter F-16. Prepare yourself for such a challenging war flight. Set your helmet and ventilator. In air lots of rivals are waiting to destroy your plane. Now it’s all upon you that how you will fight and succeed your flight. So let’s start playing.
Free download completely 3D featured Airplane Fighting game with full of thrill and amazement and start to fly in air.

Game has three unique and different levels. In classic mode kill many enemy jets in front and behind of you. Use joystick for moving your plane round the 360. Align your jet in accurate position and fire furiously at your enemy and tore him into pieces. Long press fire button to fire blindly at worst rivals. With advanced GUI, in game fully functional new developed features have been added from developer. Which lets your plane to round completely in
clockwise and anticlockwise direction to shield yourself from attack of enemy behind you.

When you will go deep through in game, you will see other splendid advance features of game in next levels. Unlock first to explore fun and excitement in others next. In next two higher Invasion and Modern levels there is option to change your strength. With help of fully new and advance button on GUI you can fire not only missile but also can drop most explosive bomb on your enemies.
Try to increase number of destroyed planes to rise your points figure at score board at end of mission.

Those who are Arcade, Action and FPS shooting game fans must try this Fully 3D functional Airplane Fighting game.

gaming Legend June 10, 2017
Don’t waste your time this app is horrible plane keeps on Flipping when trying to steer and way too many ads

Kaustubh Kanade May 17, 2017
Worst game too apps to spoil the game don’t download

UnknownMarch 1, 2017
So ghatia you don’t install this game

Samer Mallah August 18, 2017
Thanks who mayed this game is sow fun

King Yawar January 20, 2017
air games in this is not sure you have a few months ago and their own virus signature and then we can get it

Robet Berman January 29, 2017
hey its ok takes you a long time to get used to it

COOLBOY Lol July 14, 2016
Never played it before by I mite be good and my name is luke this picture is mom’s acount
Tags
Gamers Pulse Inc.