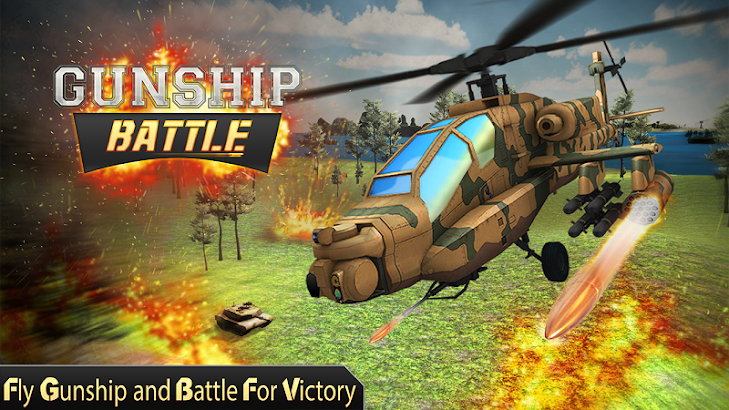 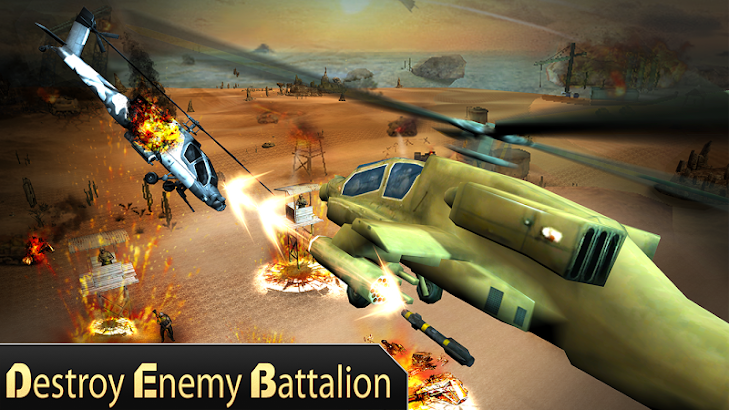 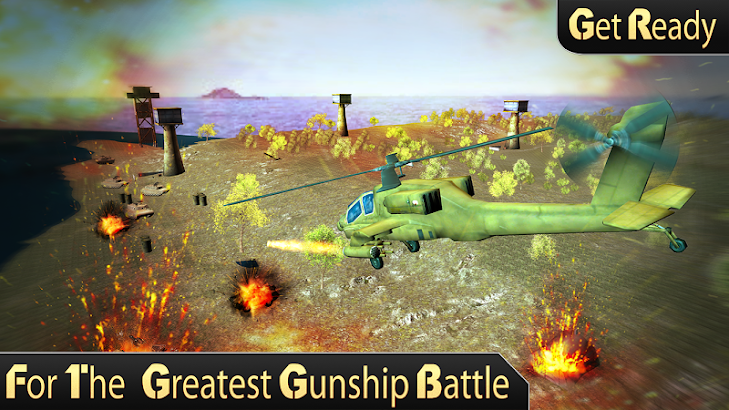 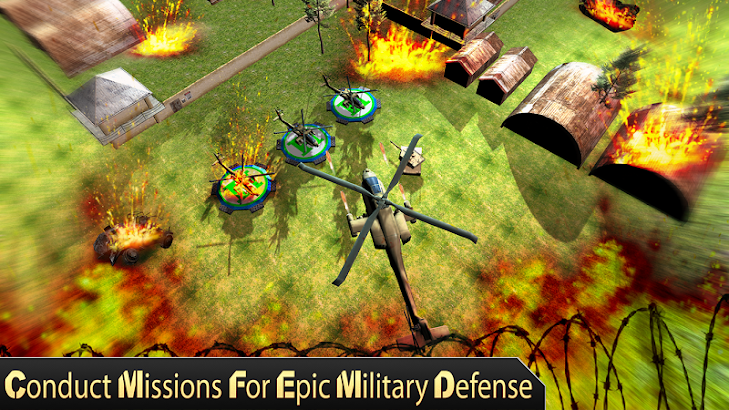 The time has come to defend your territory by launching a real life helicopter battle where the gunship counter shooter is ready to take down any air strike that comes in his way. A real chopper game with extensive modern warfare tricks, including gunship army helicopter and apache attack tactics.

Gunship battle will get you to the closest war zone areas where the helicopter battle is in full swing and you as an expert army man will have to dodge enemy air strike indulging first in air battles.

You as a part of combat mission will have to take care of enemy gunship strike from your helicopter warship. This gunship battle will prove one of the ultimate fights you have ever fought with the help of a gunship counter shooter in a super enthralling 3D chopper game.

The strategically powerful machines like army helicopter and devastating air missiles will give you an extreme upper hand in an exhilarating war zone where escaping from air battles in no child’s play. So download now and play this definitive and endless helicopter combat game to get the life time unforgettable experience.

Robert Jackson February 1, 2017
I would have put a 5 stae but it keepscloseing and going back to the beginning and itwon’t let me play it sothis game sucks