U GUYS LOVE IT OR NOT? Guys David say is right don’t hate the game xuz all phone slow Cuz wifi or something problem in ur phone iPad is not have pr9blem it’s just have problem ur wifi in home when I play this game it’s slow I tell my mom do u close the wifi my mom say no mind in my brain said wifi slow I know it’s true if u guys didn’t believe go tell ur mother 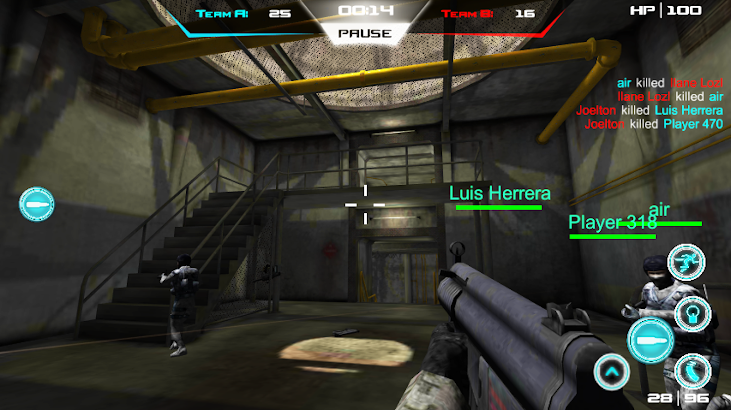 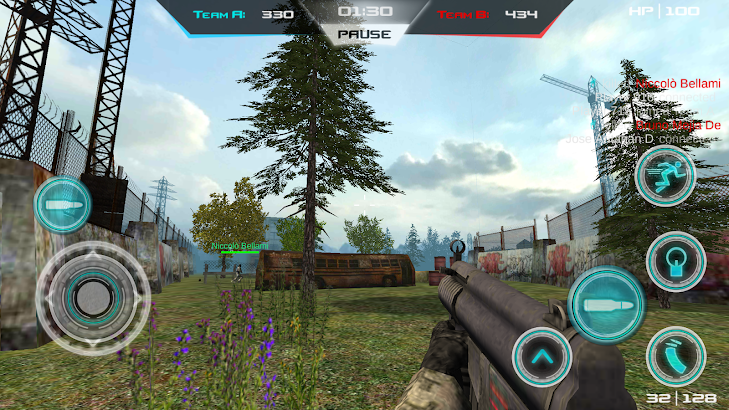 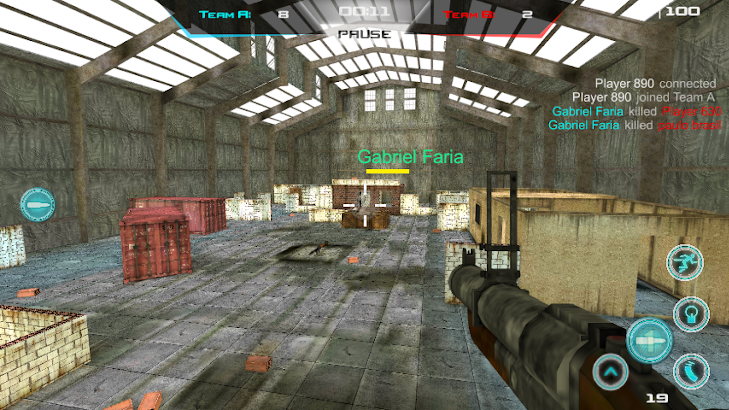 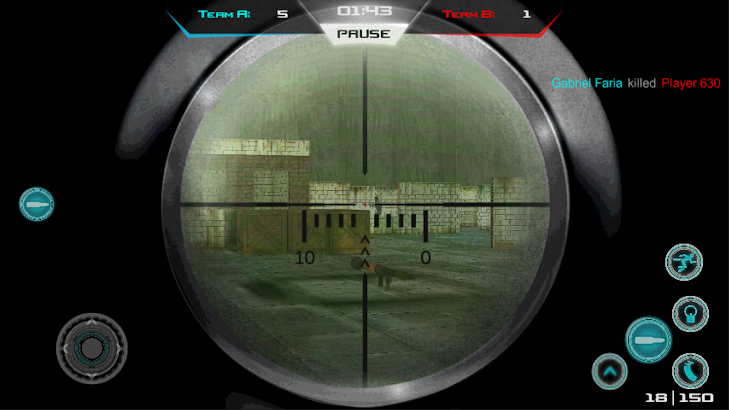 *** %100 FREE REAL TIME MULTIPLAYER FPS ***
CHALLENGE THE WORLD YOU CAN BECOME WORLD LEADER!
Multiplayer mobile FPS is not a dream anymore. Professional game experience and great maps it will let you challenge your friends within a private room or group against whole other online players.
You can see your friends kill numbers and beat them !
All guns and mods are and always be free.
You will never be asked to buy anything.
▶MO- FPS that you’ve never experienced before on Mobile!
-World’s first real-time multiplayer gun battle(Shooting) on mobile.
-Easier controls with UI customization. Works on any device!
-3 maps/2 battle modes
▶Run through the battlefield with dynamic and realistic character movements
-10+ actual weapons with the different gun specs
-Unique sound effect/character action for each weapon.
– Realistic graphics with more sophisticated lightings.
Important: Connect the game server by WIFI or 3G network, WIFI is better.
Please don’t try to connect server by 2G (EDGE) network

Razli December 5, 2016
Guys David say is right don’t hate the game xuz all phone slow Cuz wifi or something problem in ur phone iPad is not have pr9blem it’s just have problem ur wifi in home when I play this game it’s slow I tell my mom do u close the wifi my mom say no mind in my brain said wifi slow I know it’s true if u guys didn’t believe go tell ur mother

David Godfrey September 10, 2016
Please stop hating on the game just because your phones to slow to run it how its meant to run! They dont deserve a bad rating because of your phone :/

ToxicGamer HQ September 10, 2016
This the best fps game ive played so far plus it could be better if new guns were added….that would be cool becuase 2015 -2016 and back were the same guns and that turns out boring!

UnknownAugust 10, 2016
Severs dont load, cant make a server, ads literally every two seconds, it overheats my phone, it makes my phone lag until I reset it, etc etc. Dont get this. Its basically a virus.

Brianna Burford November 13, 2016
Good game this game is what we have an looking to r I played it but them by sistered narrowed my tablet and deleted everything on it best game ever.

jair trujillo January 4, 2017
I try to change my name and it dose not let me to much ads and my screen go black and it goes out of the game its self also its hard to walk cause you can shoot in two places and its really hard to walk

panji Marut December 30, 2016
Hey guys the maker of this game has tired to make this game.So dont hate this game.if u make a game then no one likes ur game ? What do u think ?

Hakael Kahakael December 24, 2016
Its really good i love it. But make the arena bigger like 1km and we can get in buildings and yeah make a control settings

water dude pros December 26, 2016
Toooooo much ads i hate it and it would let ME IN I HATE THIS WORSE GAME EVER SO MANY ADS WAT KIND OF GAME IS THAT H

UnknownFebruary 22, 2017
Love play it all day killing just when were kids I still love sense I’m a boy this is awesome a ok?

CT Carter March 8, 2017
Look guys David and the other guy is right. Don’t hate. You are doing it because it wifi 2 slow. Don’t hate really is a good game.

Sue Spade November 7, 2016
I love call of duty but make a Android version of call of duty ghosts please I would be very pleased thank you!

Rijaal Haidai August 20, 2016
I love the game because I like that you can pick up guns you find like a pistol or a frag launcher

UnknownDecember 3, 2016
This game is so cool when people saw me play it they wanted to playto well good luck

Daniel Mrofka November 23, 2016
I like it nothing special but still fun!!!

Riley Jones October 4, 2016
The game is hard to control, cluttered and over all not fun

Fatika Knight November 6, 2016
Other games u cant even find severs but this i just cant think of nothin

natalie Richards December 13, 2016
Can you take off the rpgbecausepeopleuse it to cheat

Deadpool Liquete September 16, 2016
There is one word to describe you and am gonna spell out for ya AWESOME GUNS

ToTru January 7, 2017
Why do people hate? Is it because they play on flip phones?

mario dude 124 Pinson December 29, 2016
This is the best game I have and I have no internet and it works just fine for me

Kim Keo March 20, 2017
Don’t be haterIts the game I was liking downy be hater or you can getSerious problem.

Homey Dntplaydat January 13, 2017
The controls are too difficult for me to use.

thatsgodlike September 8, 2016
Awesome game it great you should upgrade the game and make it twice as better!

Caleb Stephens124 January 8, 2017
It would be way better if they added a supply drop system but I still love the game

Jahtavis Lavender September 10, 2016
This is the best game for me I get five Stars if I where u.

Manuela Lo January 7, 2017
I like this game and if you know the CatSniper Thats me.

cultwave August 10, 2017
Thought the comments on how bad this were wrong they were right lol

Bryce Gerbino December 30, 2016
It’s a good game to play when you are interested in action games

Dion Rejante February 2, 2017
The graphics is so ugly and hard to control

callum newton November 16, 2016
Me and my brothers play all the time now on this game!