Awesome thanks for the good game ??? 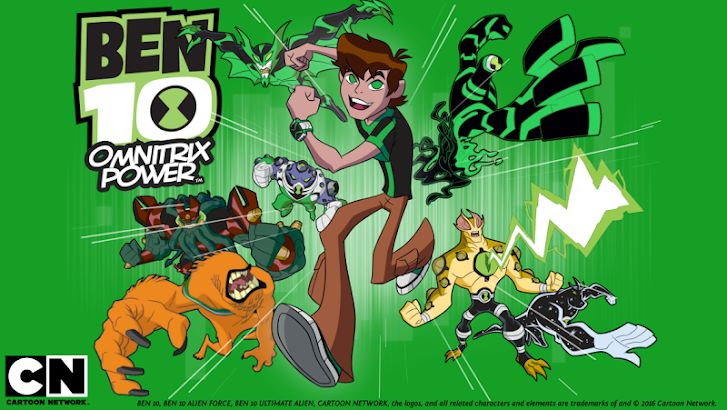 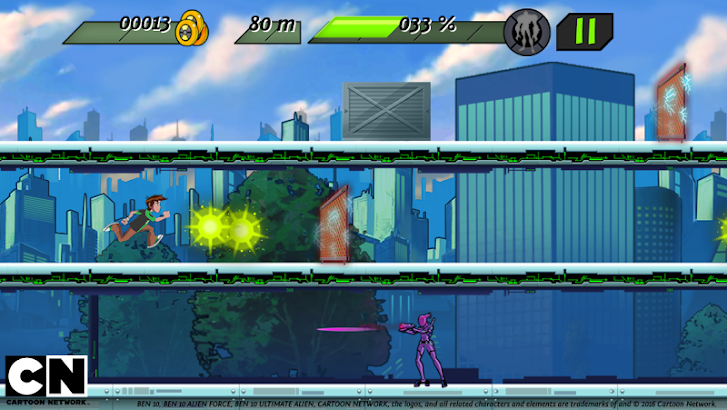 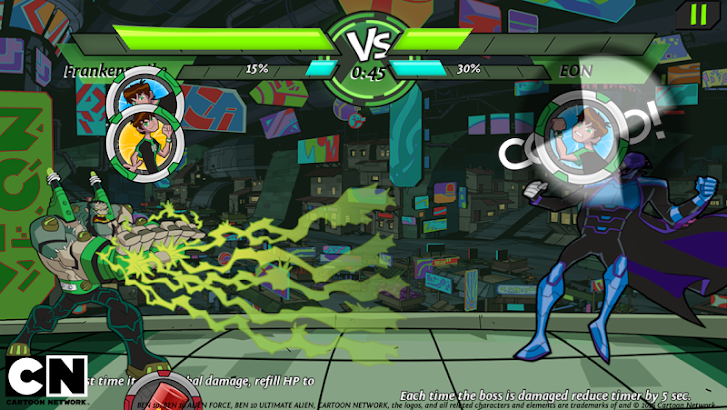 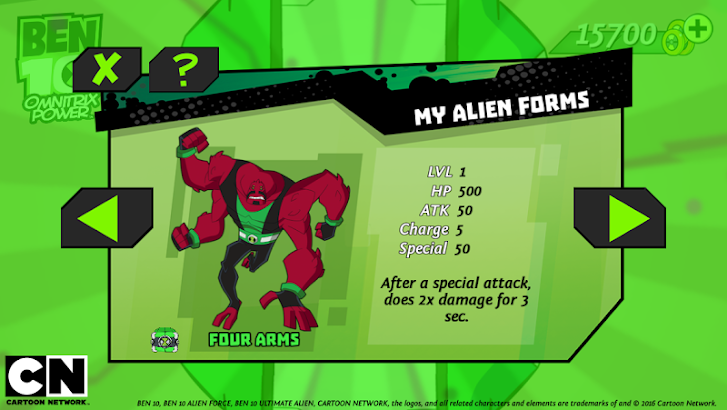 Psyphon has unleashed his alien hoard on Undertown in an attempt to destroy it once and for all. To save the city, Ben must avoid a slew of aliens and obstacles while collecting enough strength to fight Psyphon’s henchmen in alien combat. Use the Omnitrix to transform into your favorite aliens and increase their power with Omniboxes. Can you help Ben defeat Psyphon and save Undertown?

IMPORTANT CONSIDERATIONS:
You can download and play this game for free. This game contains advertising which will redirect you to a third-party site. You can disable your device’s ad identifier being used for interest-based advertising in the settings menu of your device. This app includes the option for adults to unlock or buy additional in-game items with real money to enhance game play. You may disable in-app purchases by adjusting your device settings.

Syed Zaeem September 11, 2017
All I know is Ben 10 omnitrix power is one of my best favourite games.Although gutrot is not unlocking. When I get an omnibox it says transformation complete level 0 and it keeps going on all the time I get gutrot

nom nom racer September 13, 2017
Good game but some improvements Alot of things I don’t like pls fix:takes away my time so it’s impossible to win and how u lose ur coins as u lose the whole thing makes my rage so hard pls fix

Renu Dubey May 31, 2017
This is the worst game I have ever played the boring game is this

benz detlef cruz August 12, 2017
the game had a wrong tone and hard to control.

gulam rasul May 30, 2017
I wasted my time and data for this stupid game

Asmir Ahsan August 1, 2017
It is soso awesomeI likebenAnd his alien

BHAVESH THAKKAR July 27, 2017
the lamest ben ten game i have ever played

SebastienTheoV Eescareal July 22, 2017
Ben 10 has always have been my favorite cartoon when i was a kid

UnknownJuly 6, 2017
Worst game I have ever played

Rupesh s maurya June 7, 2017
Photos are good but a game can’t be judged by its photo

UnknownAugust 6, 2017
5 stars because of This gamers

bebo Bashar July 21, 2017
When you fight the monster you must loss

UnknownOctober 5, 2017
THE BEST GAME IN THE UNIVERSE.

UnknownJuly 9, 2017
Only the Ben 10 fans understand this game

annastazia Tomson June 10, 2017
The best game in the world download it now

Bindhu Manoj July 18, 2017
Anyone saying this game is stupid is stupid

UnknownSeptember 12, 2017
The pods are hard to click on but the game is nice
Tags
GlobalFun Games