Download now and enjoy the most terrifying FPS game ever created.

It doesnt want me to play remove this Usless app??????? 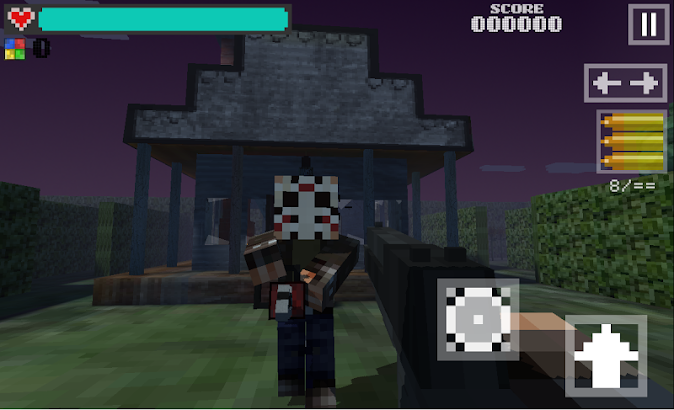 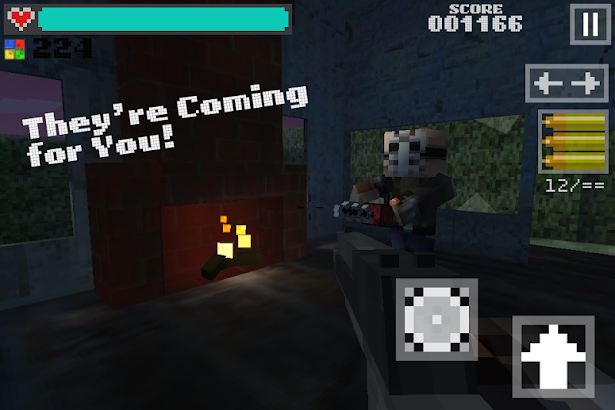 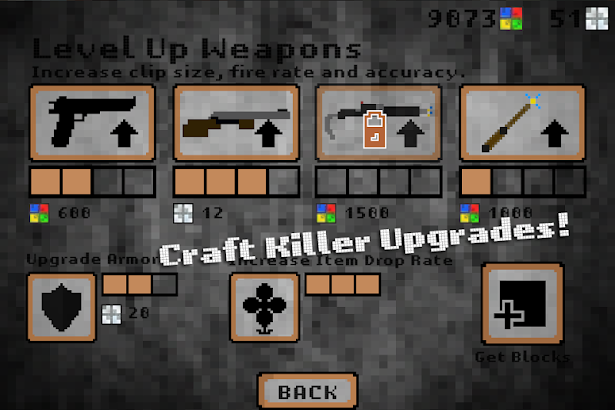 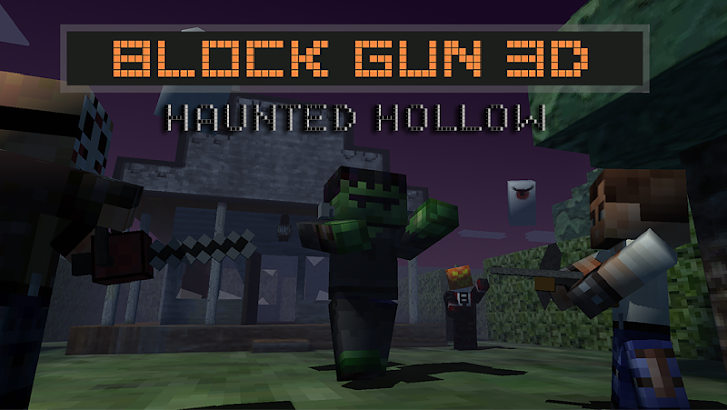 Your worst nightmares come to life in this block style horror game! Fry Frankenstein, hunt the Headless Horseman, and cross a creepy corn maze in this survival first person shooter. Block Gun 3D: Haunted Hollow is the terrifying FPS action game for you! And it’s FREE!

*** SURVIVE ***
You find yourself lost in this Haunted Hollow. The undead monsters, zombies and ghosts of the underworld have awakened from their slumber. Repel wave after wave of creepy foes with your wits, quick reflexes and any weapon you can find! Will you hole up in the haunted house or try your luck in the maze? Only the tough survive! How long can you last the onslaught?!?

*** COLLECT BLOCKS & UPGRADE ***
Defeat your foes with precision! Vanquish the Hollow’s ghouls and their corpses will explode into a piles of colorful blocks! Collect the blocks and use them to craft upgrades and forge new mysterious weapons! Can you earn the coveted Wand of Power!?

The creatures of Haunted Hollow are coming…
…are you ready???

cindy redmond June 9, 2017
Had to write review- This is one of the funnest games ive played as a block person. Its more geared towards kids but adults can have a fun time too!But the store doent work. …and yes I have stable internet connection. But thanks for great game easy controls and amusing monsters. I love shooting the ghosts out the air.Richard P.S.: this has nowhere the ads that many other games.And mostly you can just press back button of your phone and it closes them out. Thanks dev for a truly fun game. Does not frustrate you like other games.

ImiGrapetion December 13, 2015
1. I open the the game2. It tells me to download an app3. When the advert goes away, it says ‘Thank you for using our app. Have a great day!’4. Finally, almost instantly it goes off the game.

BOMB KING January 11, 2016
U shouldn’t download da game every time ⌚ I go to play it it lags ? and when I try to play it shows an add so don’t download this game

Saly Nem November 23, 2015
Its So Good And the Misic is so Creepy I love it. One Problem Is That sometimes It Doesnt Let Me Play, But Good Job Its great

Violet Brant March 30, 2016
Hated this game and it can not stop putting ads and every time I try to play a ad pops up this game can suck my left nutdon’t downloaded it it sucks

HOT SAUCEEE February 2, 2016
Everytime i Start the Game.A random Ad Pops Up and Dont kmow how to Close it.I tried Pressibg Back 2 Times Then i Exited the Game.

Jason Sorenson May 11, 2016
This ad shows up and never goes away plz fix this

Cadin Bowmar April 16, 2016
I can’t play this because too many adds come up and then the adds lag me out of my phone.STOP IT WITH THE ADDS!

nerf wars and challanges November 9, 2015
You know how many apps I deleted because this app is stupid and please do not get this app it just glitches all the time and you don’t even get to play it so please please please don’t give this app

Carole Greensides December 7, 2015
I did not press the start button and it crashed:(

Basically Trash February 4, 2016
How can I play this when Ads keep popping up and wont go away?!

Jackie Tanner May 29, 2016
When I start the game it pops up ad saying badoo

Isaiah Raphael Almuena June 22, 2016
Its not that I hate the game but the ads don’t go away at all but its a nice game

Stone fox June 16, 2016
when i bery even downlod the game stufe pop out the game and takes me backe to playstore

Raymond Smith March 29, 2016
this game is dumb and boring and its not even multiplayer and to many ADS!!!!!!

Logan Scheider November 18, 2015
It just takes you to an game of war fire age add don’t buy this piece of crap

Samuel Garza September 21, 2016
IT SUCKS DONT GET IT IF YOU GET IT YOUR STUPID

Lui Shirosagi February 6, 2017
Its doesn’t work because when the ad goes away it crashes the game

James m October 1, 2016
This is a crappy company with a crappy app. All you see are apps and can never play.

Marcus Marcus milan dabao December 26, 2015
I Love it Though♡

zain noodled January 16, 2016
Actually its fun if you think staring at an advertisment you cant get rid of

UnknownFebruary 25, 2017
GUYS if you want to play this game without that ad popping up JUST TIRN OFF YOUR WIFI thank you and have a guud day ?

Hot Pink Gameing Its August 3, 2016
Ever time try to play a ad shows AND!!!!!! Wean get the ad off it says .thanks for using our app. And then it gos home