Fight your way to glory in this free hectic and adorable arena survival game.

Cute graphics This game has real potential. Graphics and gameplay is good. Character attacks slow IMO, and lots of time died because of waiting him to attack. Also upgrade system should be polished as it takes a long time to grind coins. 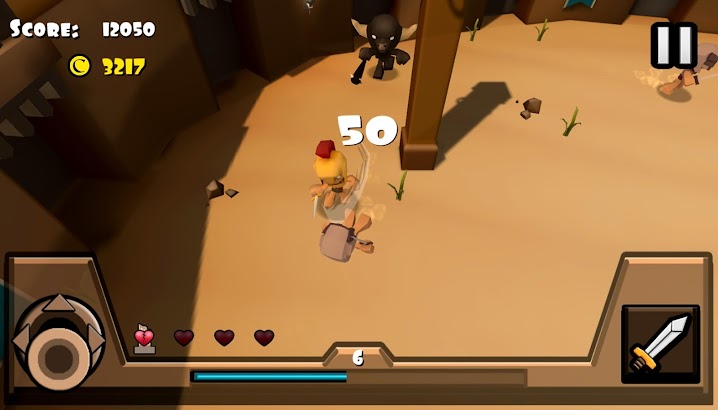 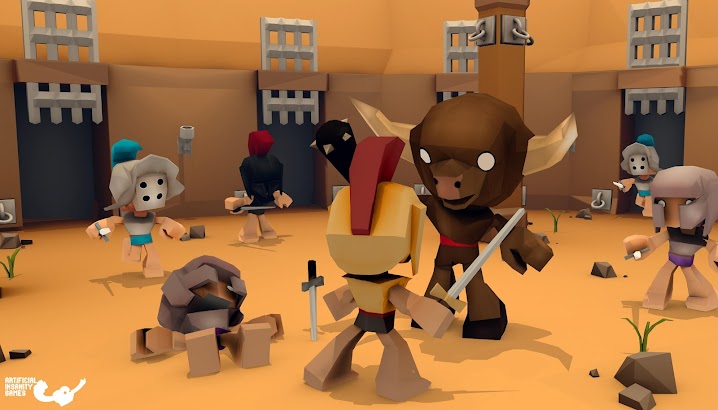 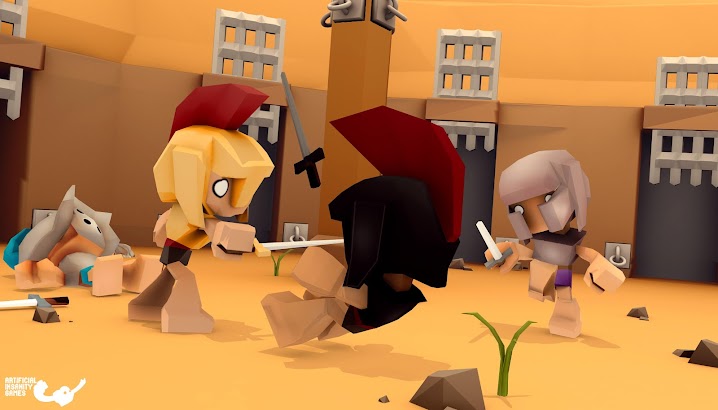 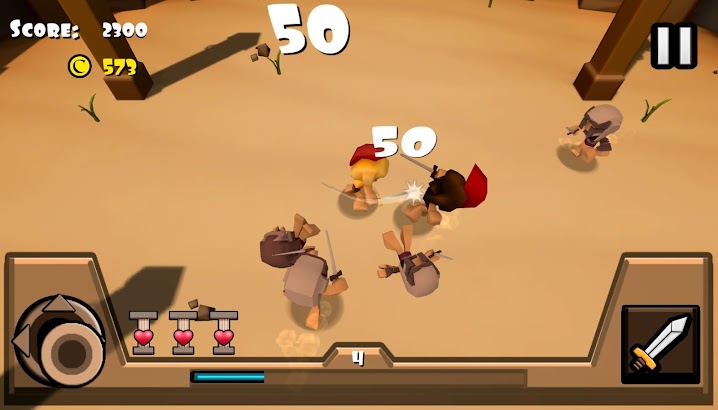 Survive as long as you can as you battle increasingly formidable waves of enemies in the Colosseum in this cute and quirky arena survival action game.

Customize your player and take up your sword in crazy combat against Grunts, Thracians, Praetorians, and even the dreaded Minotaur in this free to play arena action game. Will you master survival to become the greatest gladiator of all time?

Features:
– Free to play horde survival melee action
– Collect experience to level up your combat skills.
– Gain power-ups to double your strength, speed, or scoring.
– Customize your player by choosing from many different stat-boosting costumes to suit your playing style.
– Revive yourself to turn the tables on defeat.
– Equip boosts to increase your effectiveness in the arena.
– Once a day you may transform into the legendary Minotaur Gladiator; a force to be reckoned with.
– Compete for worldwide renown on the global leaderboards.
– Be rewarded with shiny coins and awesome armour for completing achievements.
– Share your awesome scores with your friends and family on Facebook.

Keep up to date with the game information, contests, and other news at https://www.facebook.com/pages/Colosseum-Clash/874326695912287

Kadir Tandoğan Tilki May 9, 2015
This game has real potential. Graphics and gameplay is good. Character attacks slow IMO, and lots of time died because of waiting him to attack. Also upgrade system should be polished as it takes a long time to grind coins.

Frankie Ridley January 9, 2015
Easy to play and understand – I can see myself getting easily addicted to this game

Ricardo Neves Alexandre December 29, 2014
It could be named “Hit once and run to make room to hit once another time”.

Holly Owens February 17, 2015
it would be better if the controls were easier, you cant move and attack at the same time

Lex Zvarovski January 10, 2015
Simple game with not bad graphics. For those who love such kind of games quite good.

Developer Artificial Insanity Games January 9, 2015 Thanks for the feedback! We actually developed this over a year after graduating. USW have just been nice enough to give us some publicity.

Ugur Ister January 9, 2016
the items add some depth to it

Andrey Ugolnik February 2, 2015
…but nothing more.

Tom Davies December 15, 2014
Totes would play this on my death bed.

Jordan Christian December 11, 2014
For a mobile game the control system is simple responsive and by far the most user friendly i have used on a mobile game. The simple yet addicting gameplay has kept me playing for hours! from the music to the enviroments eveything has been given a special attention to detail and it shows through! Good job guys, Great game!

Ellis Thomas December 15, 2014
I love this game with my entire being. It runs like a dream and I can’t leave my phone alone since downloading it. Very much looking forward to future updates.

VanchaMarch93 December 12, 2014
Really cute cartoony style art. Starts off easy, but soon gets quite a challenge!

Hannah Davies December 10, 2014
Really love the music and easy to use interface. Great game to challenge your friends with too!

HammerLed April 17, 2015
I really don’t have anything big to suggest, the game was just that great. The only little thing that I didn’t like was the extra character selection screen that appeared after I pressed the replay button.

Adam Richards December 10, 2014
Had the pleasure of trying this out before the end result, you’ll be glued to this for a long long time!