I will definitely rate it 5 stars if new maps are added to it… plz fix this hanging problem… it is worst of all. But overall, its a nice game.. liked it.. ?☺☺ 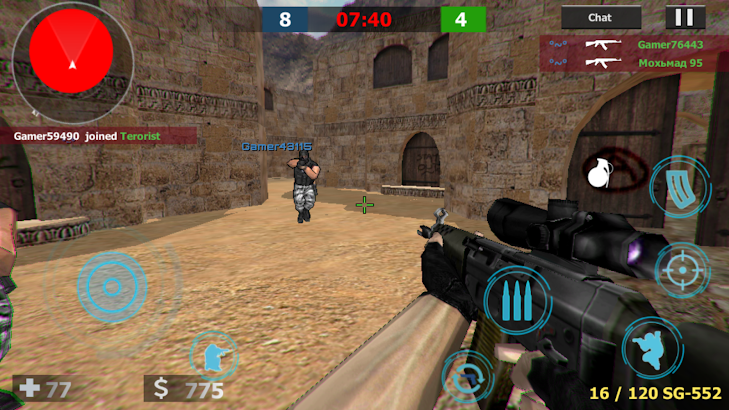 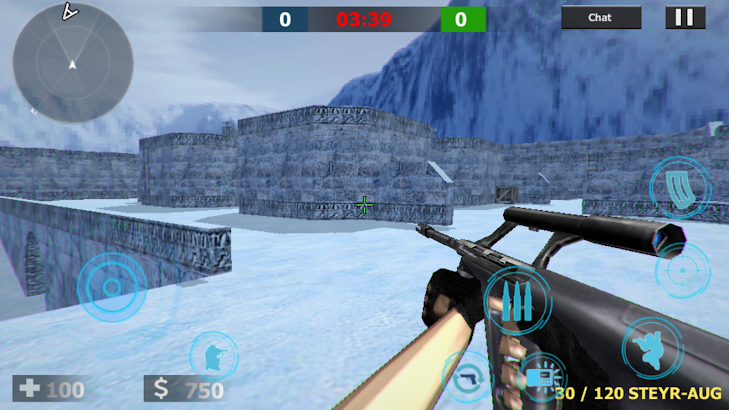 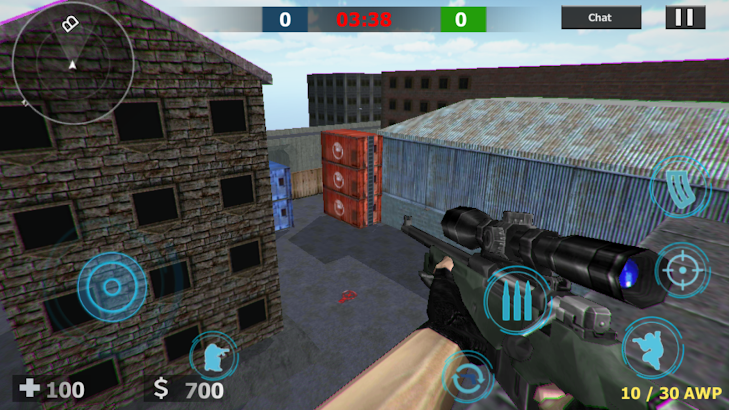 Counter Terrorist: The Strike War game is a multi-player, armed battle game. Legendary episodes, all of the maps you’ve played with love.

How to Play?
First of all, you have to enter your name on the first entry to the game.
You can then enter the language more clearly by selecting the language.
– If you want to set up a new game, click on the set new room button.
-If you want to login to any room, click on the Random Enter button.
– When you enter it you can select the team you want to come face-to-face for the opponent team selection, you can start the game.
-When the game starts you will see a market letter to buy weapons after a certain number of seconds. You can get bombs from weapons worth your money.
– Every point you hit when you hit the enemy is subtracting money and life. You can make more money, especially by hitting the enemy head.
-2 If other players die while playing the team, they have to wait for the ongoing players. You can let the player repeat the game faster by informing the player in the chat area where the enemy is from the camera part.

How to Set Up a Private Room
-If you want to play private with your friends, activate the special room option when setting up a new game. All you need to be careful about is the name of your room, the quality of the password. Your friends will have to give you the name of your room. Because the game you set up in the room list will not appear. If you are a friend to enter the game, you can enter the name of the room given to you by clicking on the enter button according to the room name in the first entry into the game and connect directly to your game. (Do not make simple words for your room name, it can be accessed by different users.)

Counter Terrorist: If you want other favorite maps to be added to our Strike War game immediately, you can support it by giving 5 stars immediately. Good games!

Errors Fixed, New Maps Added, Interface Changed, Optimization Made.
We continue to develop. We look forward to your support.

Mrs Saleem September 8, 2017
I will definitely rate it 5 stars if new maps are added to it… plz fix this hanging problem… it is worst of all. But overall, its a nice game.. liked it.. ?☺☺

Alyx Beth October 19, 2017
This game is one of the best cs in the app store. The only thing that is a slight bummer is that there is only 5 maps, but I can get over that for how much I love cs.

Desy Rahma September 28, 2017
okay, the places are really really at the counter strike game. the Dust, the iceland ext but….. no enemies no alleys, you are all alone arounding that places. so suck.

ElOfficial Chino September 11, 2017
This game has so much going for it this will be the next best fps game I love it and I just got it it reminds me to CS 1.6 it is amazing keep the game going u have my support

ahmad rasyid September 30, 2017
DUDE YOUR GAME IS AWESOME!!! I WISH U ADD MORE MODS LIKE HIDE AND SEEK BIO MODE AND MORE BECAUSE THIS LOOKS LIKE THE OLD COUNTERSTRIKE ON MY COMPUTER!! U MUST NOT GIVE UP!!!!

marte saldaña October 4, 2017
There are no rooms! The room list ia always empty!

Kimyoo Suk October 6, 2017
How can i add Bot players in the game.. I cant anything plus too much ads when i start and leave the game Plss add bots in the game I will really appreciate it.

UnknownSeptember 10, 2017
This game is awsome but server is not any time to play and new game

UnknownSeptember 16, 2017
This is amazing game but this coins is very short I request it to game coin is 3000

Developer Sa-ka September 17, 2017 For counter strike As soon as you are done things will be ideal for you.

DANIEL sunil September 12, 2017
There is a few online after waiting 14 hours I got 1 player

UnknownSeptember 28, 2017
Very bad game and its very to play this game

Developer Sa-ka September 10, 2017 The graphics are arranged according to the games you know.

Jason Stanly October 9, 2017
It is nice but u should improve a little bit…

Tomas Brazlauskas October 23, 2017
Very nice game i feel like teenager again ? the only bad point is it doesn’t show my name

ROMEO Badshah October 11, 2017
We this is classical game

paul deguzman September 14, 2017
where the fu*knis the other player i cant connect