Brace yourselves for armored tank warfare and assault enemy strongholds.

My weapon is not affected enough to eliminate the enemies. Mcingun with two barrel appart doesn’t help muchat all, it takes to much time hitting at your target..? 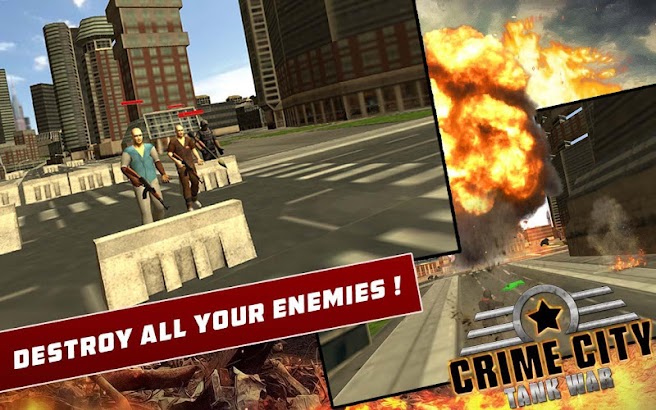 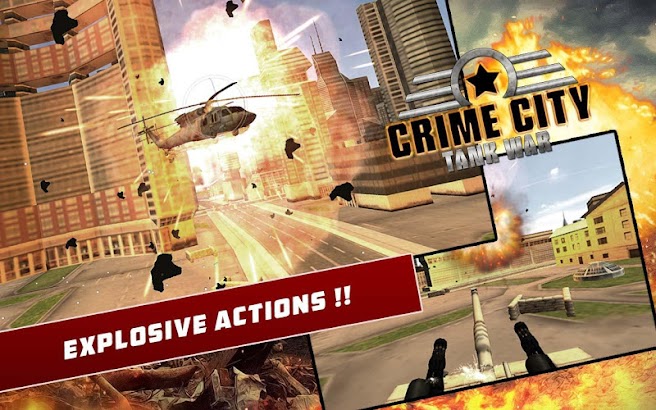 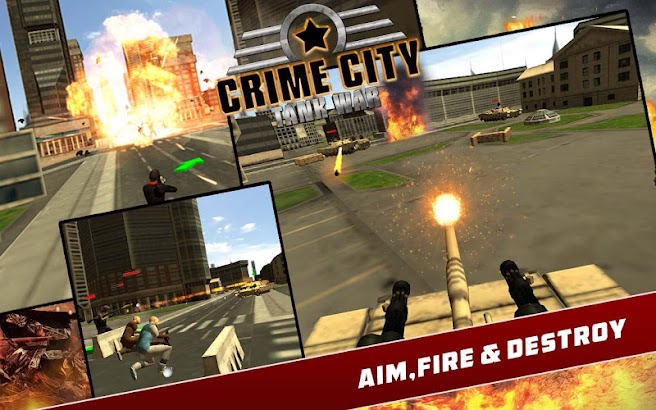 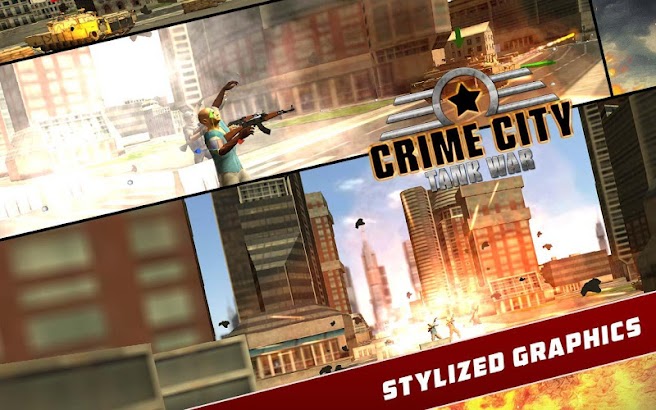 Crime City: Tank Warrior is a free to play shooting and tank war game where you take control of both an elite modern commando as well as an modern armored war tank. Transform into an one man army to take the city back by destroying terrorists hideouts.

Destroy targets,crush enemies and become an armored warrior set to take back the city of the militants. Your enemy is about to build a stronghold, and deploy elite military soldiers to take the city out from its roots. Equipped with Modern Weapons, air force and armoured attack, they are not afraid of anyone. And being equipped with modern warfare techniques and weaponry, they are going to give you a tough time on the battlefield as the world peace is on the line.

It’s not the matter of arsenal at all, it’s the matter of who is committed to their cause and who is ready to sacrifice for the country. The enemy is hell bent to destroy the world, with its high tech weapons, drone and what not, so take command of an elite war machine to take the battle right to the enemies own stronghold in this free 3D shooting game.

The enemies are much mobilized; they have alliance with some powerful politician and even head of the state. They are equipped with modern combat vehicles, artillery, and strategic units. So destroy their strong hold and build your own base there.

It’s a wicked free fps game and you need to show your anti criminal skills and prove that you are the boss of town. The enemies must not know your presence at their premises otherwise they may rain down fire on you as a result it may be an unstoppable offense. The underworld gangs and cartels are very well organized, you need to become a part of them in order to break them. You will get the tanks to ride and will give you the chance to storm into the stronghold of criminals.

Amazing unlimited criminals missions. Neutralize the no go areas and clear it for terrorized innocent public.

PS. We work hard to ensure that our games run properly on every major android phone and tablet. If however you encounter any issue which doesn’t let you enjoy our games, please report it to [email protected]

ScopeGaming July 10, 2017
My weapon is not affected enough to eliminate the enemies. Mcingun with two barrel appart doesn’t help muchat all, it takes to much time hitting at your target..?

shuaib alam February 13, 2017
Nice but not oppen next mission

Alfred Paish April 7, 2016
Im not even 30seconds into the game and I have seen 5ads the game might be good but to many ads don’t download waste of time

Developer Sunstar Games August 25, 2016 We’ve updated the game! Please check back and let us know what you think!

Ashutosh Sharma May 7, 2016
Ads ads and ads. Only install if you are willing to spend a few INRs to remove ads

Developer Sunstar Games August 25, 2016 We’ve updated the game! Please check back and let us know what you think!

Kiron Hili December 3, 2015
More than power me, you can take the world power …

Taine Matoe January 21, 2016
But u need air strike to take down the helicopters

martin deanda June 16, 2016
it dont have ads on my phone yall phones must be trippin

Vipin Raj Raj i want to join indian army April 5, 2016
I want to save my country

Dean Jones August 17, 2015
You can’t hit helicopter without air strike missiles. You are given a few. After they are very quickly used, guess what? You got it- you need to BUY more. If not, the mission cannot be completed. Walk away from this piece of crap!

vivek kumar sharma August 7, 2015
I got stuck in level 7. Killed all soldier’s and tanks and planes but nothing happening only roaming in the city… Reply how to pass the level… As u said I m downloading it and will check. But the game is superb….Given 5 star….

Developer Sunstar Games August 7, 2015 Vivek, thanks for your feedback. We have resolved the issue and now you can update the game to have a smooth gameplay

Debendra Prusty September 29, 2015
Not too good, still lots of issues

Shabana A September 27, 2015
Look up to shoot helicopter with tank and really fun to play

Zombies Sniper: save the city