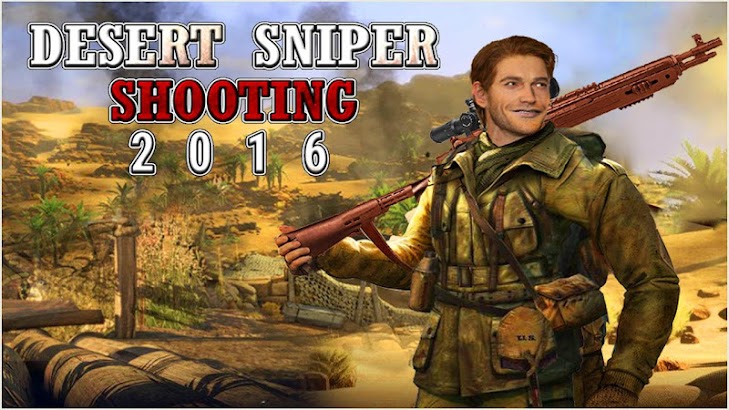 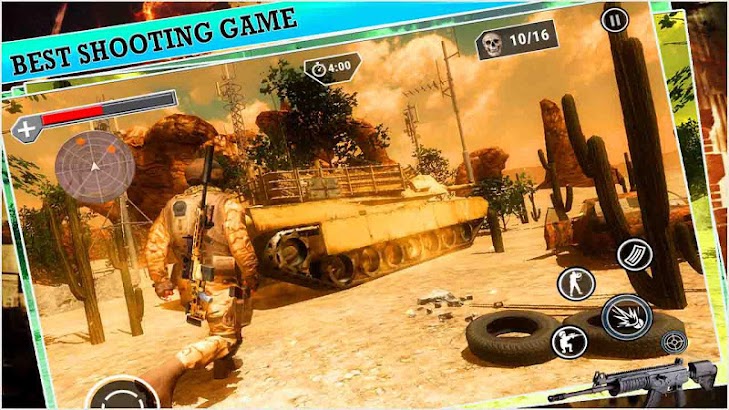 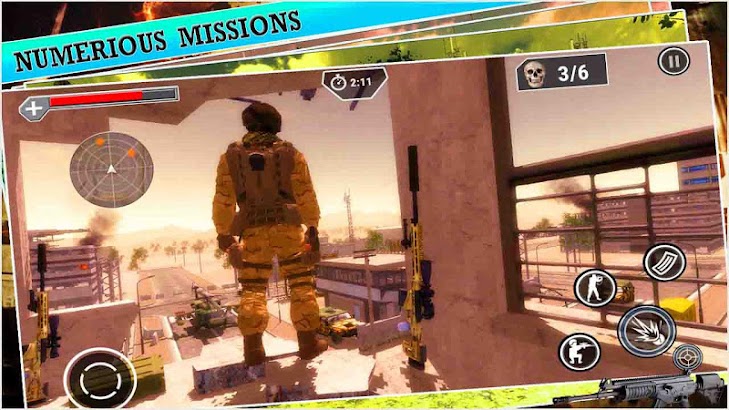 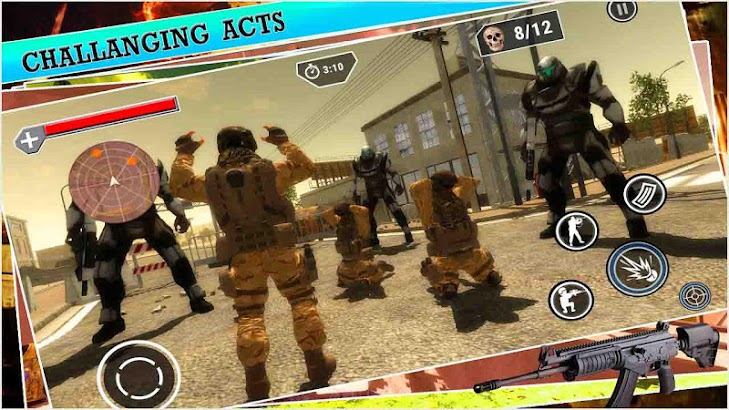 Try to isnipe the enemies as enemies are very well trained shooter and start sniper 3d shooting on you with heavy weapons right after you open your fire on some of their soldiers . show yourself immortal and become soldier of duty .

you care call for perform you sniper shooting skills in the real battlefield so do at your best . Defeat means nothing else but death.

Chief R June 30, 2016
I don’t know who would rate this game a 4 star. It’s terrible. Sound is unclear and horrible. Graphics are decent but detail isn’t there. Control sucks when aiming and firing. Boring overall. Also, after each mission there’s immediately a video which interrupts gameplay. Fix it

Usman Ali September 16, 2016
Love the graphic and game play. Overall good game except unclear sounds and too much low coins after winning the level. After few levels game become very difficult. Waiting for the update that will fix these issues. Overall good gameplay. I loved it. After these changes I,ll give 5 stars

Prgrmr 12 September 10, 2016
A real nice game with awesome graphic , nice controls and good effects. But price for purchasing new guns is too much high . Upgrading sniper is easy but purchasing new is expensive. Waiting for update with new guns and less priced guns

Chuck Adams November 27, 2016
The game would be a good bit better if you increase your graphics so you could tell for sure if you were shooting his head or his neck. Also increase your speed so there aren’t as many lags.

Gary Brown March 21, 2017
I like the game the controls are a bit touchy and the worst thing is the adds they come on screen to close to the end of the game and distract from the spirit of the whole event you can’t hear what is being said and it just spoils the game . Apart from those things it’s terrificand finally the age old thing it’s too hard to update your weaponry it will take too long to get there and i might loose interest in the job if it takes too long to be able to update my weaponsthank you GB

UnknownSeptember 10, 2016
Awesome graphics but controls are a little bit of difficult. If control will be made better then it can be best game. Wishing a real update

Joseph Ibbetson August 29, 2016
I absolutely love the game cos u get to upgrade your gun unlike most of the other sniper games which gives you something to look forward to . I would recommend more guns cos there is only three. So I would recommend this to most ages .

donna carr September 17, 2017
Game will not allow me to move on to base 3 even though I finished all levels in base 2. Sound is unclear and too hard to upgrade on guns as well as earning coins.

Paul Fontana October 14, 2016
This game is ok but needs some more development in it controls & the zooming of the scoope . You suppose to have and sniper rifle setup not a gun and scoope thats good for shooting bottle tops at 10meters

Jovayne Scott September 26, 2016
The grafic is kool. The sound is unclear n the winnings are cheap

Melvin Drexel November 22, 2016
It seems to be ok but really come on man make the the game more funner by making the Hunter feel like he is really there and the zoom

John Schwader September 11, 2016
For one u all have to many ads.That piss.Players off lot people whodown ur games want play it . That way u get a betterrate ingredients think about …..

Euniqou Adventure News July 1, 2016
What type of game is this. It’s just waste of time. I have never played this game before.???

Malcolm Donald Hewitt April 28, 2017
Realistic but you need to look through the sights to shoot other wise not bad shoot them up game

muhammad ali September 10, 2016
Loved it. Nice game. Good graphics . Good controls but game can be improved by adding some more games and changing the buttons in the game. Waiting for the update. Guns price is also so high

Bill Vanhorn March 4, 2017
Got one thing to say about this game. Bullshit.

Sidney James Baylis November 13, 2016
Good but can be much better needs more money

عبدالله خدایی October 12, 2016
i can not control by joystick on target

joseph thomas August 21, 2016
Fantastic very good when i doing this game i feeling i holding the gun.

Gloomis Jibstar December 18, 2016
If thé sites where away from thé shooting bullet. That would be way. Better

Pradip Pokhrel January 31, 2017
I dont like the way advertisingcomes

christian rhodes December 22, 2016
This is awesome and its easy to use. Thank you