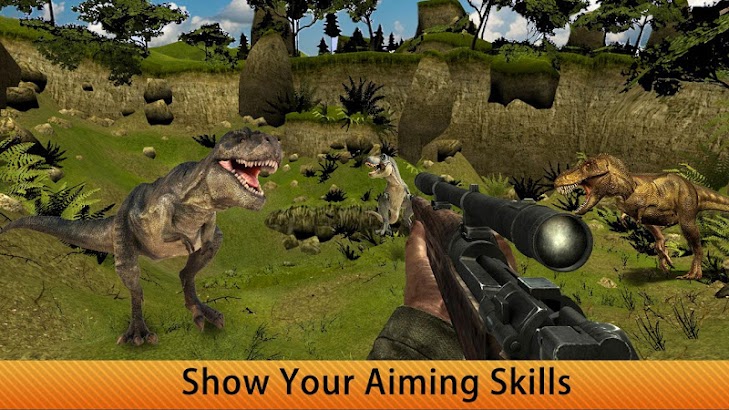 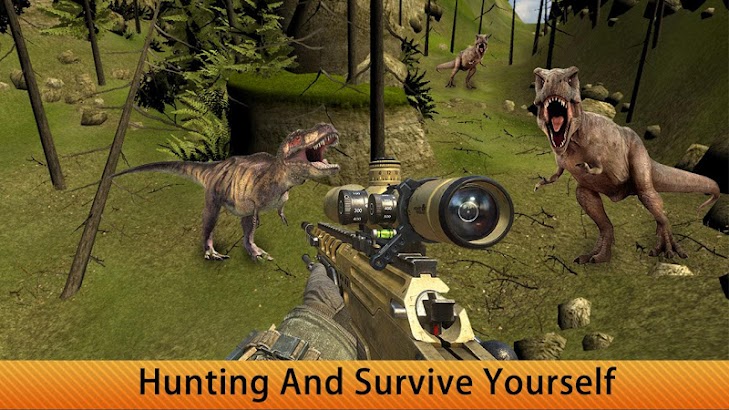 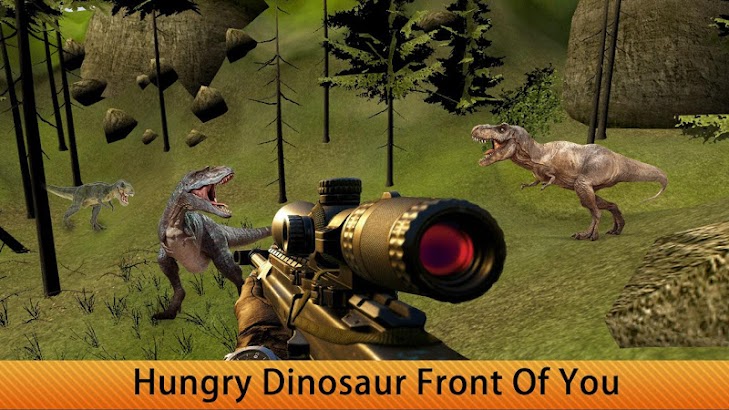 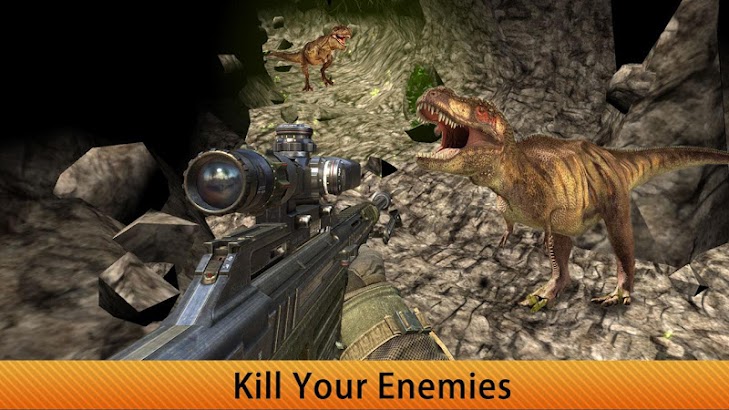 Get ready for the best adventure Dinosaur forest sniper game in Jurassic location. Now you are in the world of dinosaur with huge shooting skills. You will face the darkness in jungle due to leaves and big trees. You will face the most deadly Jurassic dinosaur having wild teeth. You are a real dinosaur hunter so do not feel scare and kill them as a bravery. If you want to be a real sniper hunter hero than must download this game.

Dinosaur hunting deadly is one of the best first person shooting action game with great idea to kill and become a real shooter hero. In this action packed dinosaur game your role is to hunt the dinosaur deadly with sniper shooting skills. This game is for lovers of the shooting and hunting game in the Jurassic jungle area surroundings. You are in the middle of the situation on the jungle. You have equipped with a sniper rifle to hunt the forest dinosaurs. Show your hunting and shooting skills to shoot the dinosaur and complete this journey with multiple tasks.

This wild dino hunting game has 10 levels with various realistic environments. For the first time in your life you will enjoy and unforgettable to shot dinosaur with sniper killer skills. You can catch your ultimately prey with in no time limit but be careful of your health bar. There are variety of dinosaur while exploring the huge nonlinear location in this game. Some levels are front of the dangerous cave and some levels are in the cave environment. I hope you must like dino cave hunting in realistic and horror environment.
How to Play

Raji Phull November 13, 2016
Funnily enough, in a game with the word “deadly” in the name, it’s very hard to die. The levels are bland, repetitive and the sound effects are… really weird. For example, when you shoot a dinosaur, it makes Godzilla shrieks. There are a lot of better dinosaur shooters out there.

Punith puni Punith December 16, 2016
Thanks so that you can get a good idea for a couple of years ago I was just thinking about it is a little while ago I was just thinking about you and your family and friends are invited to view the full image to open the attached document for your email address and the rest of your help and advice and support you in advance for your help in the morning of may be a little while ago I was thinking of you to the inbox folder and the best regards David David David David and the rest is just the same to you soon

US Army Base Attack Survival