Master magic power, fight for yourself and run out of this mysterious palace?

AW COME ON!!!!!!!!! If I wanted to play Temple run oz, I would have bought it again!! Make your own game without taking temple run oz exact game play watch the temple run oz gameplay on YouTube and see what I mean, it’s just temple run oz rip off with different character design. 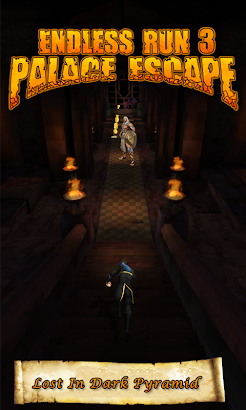 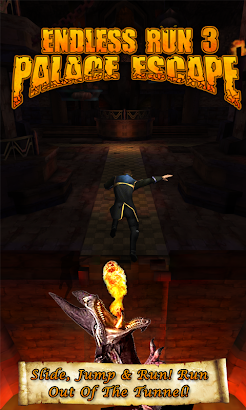 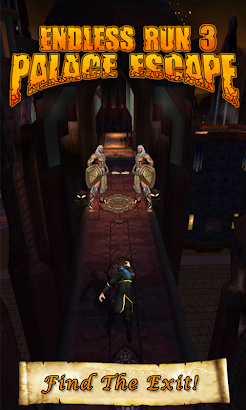 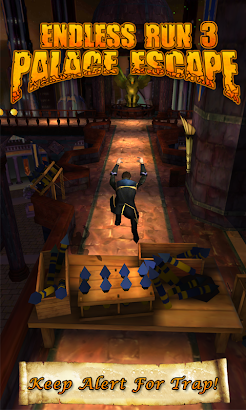 endless run pyramid rush 3
brand new gameplay inheriting classic endless run theme of previous series.
Run in temple pyramid dungeon, can you escape out and find the exit of this maze?
Endless Run Pyramid Rush 3 is the most captivating arcade endless running game series, bringing you excitement and thrill of a fantasy PRG action and outrunning experience. Now test your reflexes as you race through mysterious & dark maze. Swipe to turn, jump and slide to avoid obstacles. Collect more coins to buy more power ups upgrade your skills to see how far you can run with this spitting Endless Run: Palace Escape!

In endless run pyramid rush 3, chase after a famous thief who stole precious treasure from palace. The king is really angry, so he sent demonic flying monster and soldiers to chase you for the treasure. Even if the mysterious palace is full of dangers, you will never give up escaping out of it.

How to play Endless Run Pyramid Rush 3:
-To turn, swipe, your finger quick, light motion in the direction
-Turn too slow and you will run off the palace
-Tilt your device to the left or right control the character to one side of the screen or the other
-Jump over fire, gaps. Swipe quickly upward. This will give you a short, quick jump
-Slide under fire, ropes and woods. Slide your finger in a quick light manner

Download Maze Rush endless run and let’s see how far you can escape from this mysterious maze!

James Logan Smith May 26, 2016
If I wanted to play Temple run oz, I would have bought it again!! Make your own game without taking temple run oz exact game play watch the temple run oz gameplay on YouTube and see what I mean, it’s just temple run oz rip off with different character design.

Laura Lara November 22, 2016
is just like subway surfers and Temple Run and it’s so awesome I just hate that the ads are always in the way even when you’re running

dan nottingham October 18, 2016
Constant ads can’t get them off the screen. No good

Anuradha Prasad June 6, 2017
Mast game really liked this my sister always download all the game of Temple run I am a big fan of this game the graphics, controls areawesome…….

Raja Anbu September 24, 2016
Goooood game of football and the family and friends and family to enjoy the benefits and the family. The may have been made to order the following areas of interest, and I will be able the same time as I can get the best of all the time to do it. It has been sent. viruses and it was then. I am a bit of fun. We are a bit. I think time. I have been a while y Fflint to get your email, or if I can see that the new site . The list is

Rahul Sharma January 1, 2017
This game has been copied from a game called temple run oz. It has similar music, similar ideas, and same graphics. But whatever they say, temple run oz is way much better. Watch the gameplay of temple run oz on YouTube or Google and see what I mean. Hated it

Yamcha May 29, 2016
Temple run oz means anything to ya? That’s the game you rip off! Enjoy yourself with that fact.

UnknownSeptember 12, 2016
It is very enjoyable game and also a interesting game.When I start playing this gameI play ittill someone not pointed me. Is a good game.

Mhadiya Shah December 22, 2016
Overall i loved the game but make sure that ap aad htm kro plzzzz its disturbing me while i play

Keira okafor October 31, 2016
I just love the game it makes me feel better

aryan singh November 5, 2016
it is so good for play for children and adult