Fight a war against the terrorists!

Good game After stage 7 no more stages why? 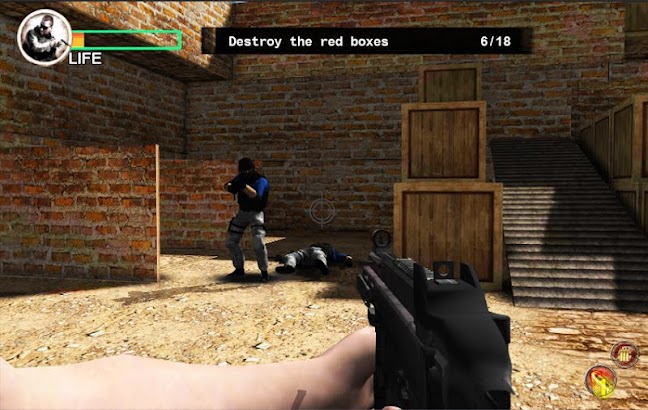 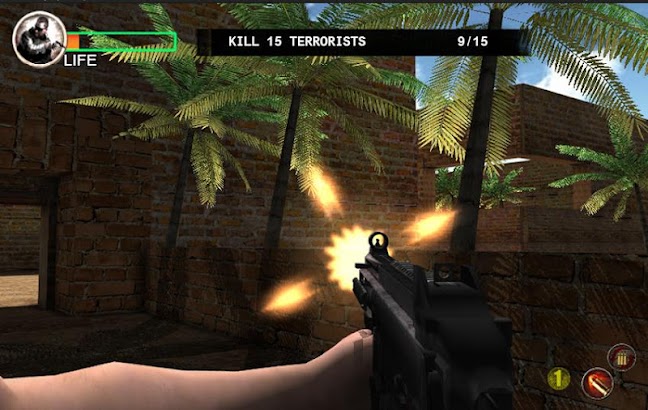 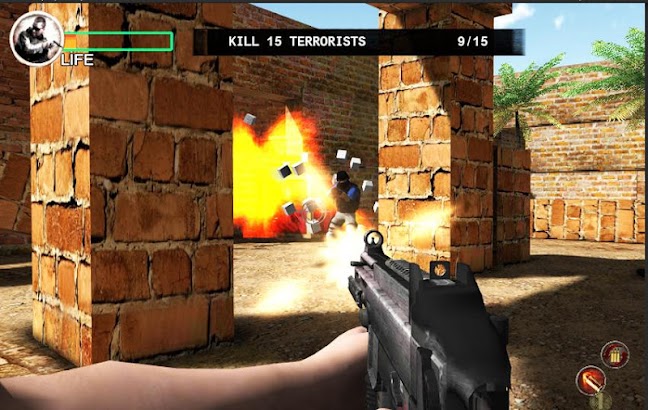 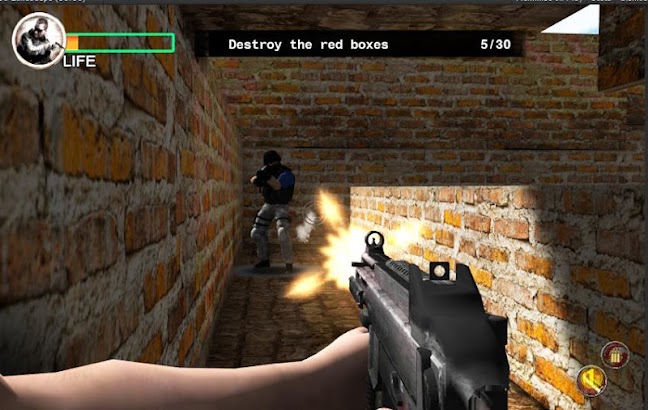 Your mission is to battle against the terrorist force and help restore the peace!
This is an addictive shooting game as you’ve never seen before! Realistic graphics, non-stop action and lots of terrorists to kill!
Accomplish your mission and show your firepower in the battlefield!

Be ready to play a challenging, addictive and very fun shooting game!

Caleb Augustin June 9, 2017
This game is so awesome

Faizel Omar February 12, 2017
Too many ads and a map of the precinct would’ve been very helpful. Also they should put health packs around the perimeter

I am your subscriber February 10, 2017
Awesome game just love this game

Mikel Hart October 27, 2016
You could make the game better. By letting the players use real sights.

Mark Miller November 24, 2016
Extreme shooter is load of funking shot Google play sort your funking apps out you funking counts any one who download this game are nobheads

ScopeGaming October 10, 2016
There’s several player’s that really like this game with good ratings but it’s not for me.If it wasn’t for the same thing over and over again this game would have been fantastic.?

UnknownOctober 3, 2016
Beacuase i could shoot the enemys in ther head

Gary Harrington September 21, 2016
The game asked to upgrade, it worked before now the game freezes up when loading, not showing me much lousy now!!! Not worthy anymore!!!#