The best gunner of the battlefield; No Mercy! Go to Victory!

Many adsIn the end of every level there is a graphic error gunners make you lose but you can’t find him or the fire come from the back of wall! 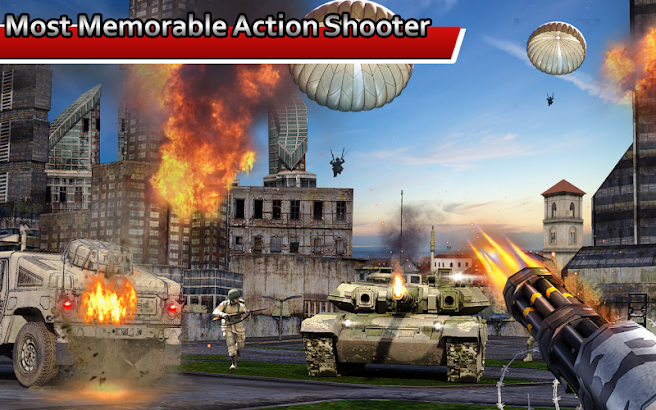 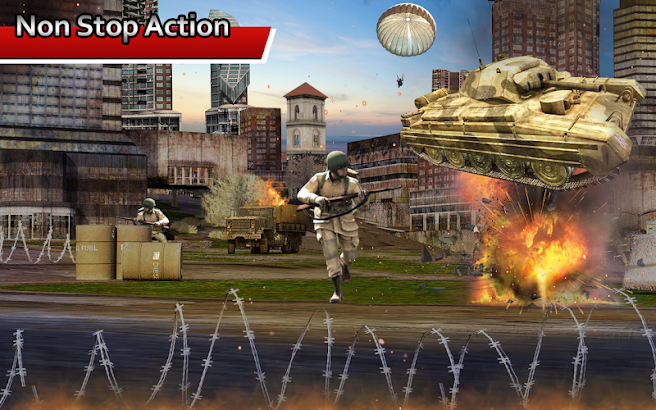 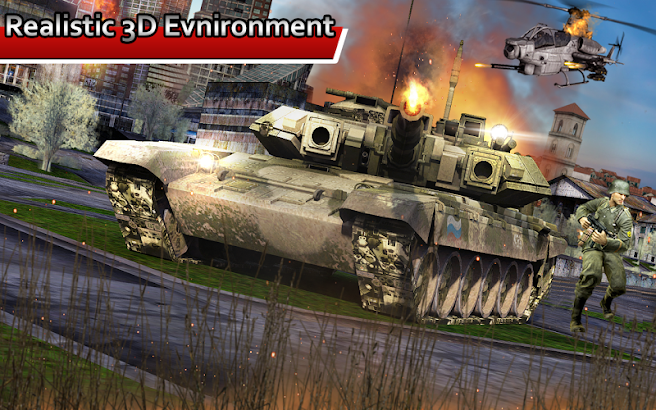 The best gunner of the battlefield; No Mercy! Go to Victory!
You are a hero to the army military because of your previous war & special ops mission record. You are the best sniper shooter military army has, a true warrior a hero of every single shooting arena. Military army trusts your war, combat fighting, survival & gun shooting skills & know that you are the best rifleman & marksman they have. This is why you’ve been chosen for a special operation by the military army. You will be working as a gunner & sniper shooter from the military & help to win the war against enemy forces & terrorists at the same time to save your city & country. Use your modern military weapons & army guns to combat & kill enemy terrorists. Along with your super weapons & modern guns you have navy & air force to help you. With navy war ships & air force’s fighter aircrafts & jet you can destroy & kill enemy terrorist more easily with bombs & air strikes. It’s a war for survival & only a true commando hero soldier like you can help win it by destroying & killing enemy. Enemy has deployed all his force including sniper shooters in order to stop & kill you so use all your skills to strike as hard as you can in order to survive & win this war. Combat the enemy fearlessly. Shoot accurately because that’s the only way you are going to win this war. The only thing you can trust now are your guns & your shooting skills.

This free to play 3D action gun shooting war game has enough missions to keep you shooting for hours. Shoot like a true sniper shooter commando soldier & win this war to save your city. Counter all the shooting from enemy side because it is the most important way of survival. Strike hard & continue gun shooting unless & until you kill all the enemy terrorists & win this war like a true military army commando soldier hero for your city.

Enjoy this amazing 3D shooter game GUNNER’S BATTLEFIELD! And Please do not forget to leave comments about this free shooter war game! Your comments are so valuable to us!

How to Play:
– Touch & drag anywhere on the screen aim your shooting weapon
– Tap the fire button on the right side of the screen to start shooting and your assault
– Use bazooka to destroy enemy tanks and helicopters.
– Use aircraft support to destroy all enemy forces in click

For any questions and issues please contact us via e-mail.

omar khaled May 12, 2017
Many adsIn the end of every level there is a graphic error gunners make you lose but you can’t find him or the fire come from the back of wall!

UnknownJuly 15, 2017
This is the best game in the world l have ever played

Revant Verma March 4, 2017
VERY GOODIF ANY ONE WILL PLAY THIS GAME HE WILL BECOME BOOOOOOOORING(NEVER INSTALL THIS GAME)

Taz Nay Or Taz December 24, 2016
The game moves at a severely slow level…no at ease.play

UnknownFebruary 10, 2017
After the amazon, what’s next? unfulfilled expectations

Javier Rossel December 23, 2016
Played it for 2 minutes and am deleting this after this ✌

donald starcher December 1, 2016
This game sucks. Cant even rotate gun to shoot furthest enemy to the right. Not challenging at all.

Brandon Avila November 5, 2016
I couldn’t get past the first level and it is very slow and the graphics are bad and this game sucks

lizlet segeant November 8, 2016
I love this game so much I played seven times before I won

Ravi Kiran November 30, 2016
There is no description of how to clear levels. Nice graphics though.

Ashwin November 12, 2016
Targets in places where gun can’t be pointed