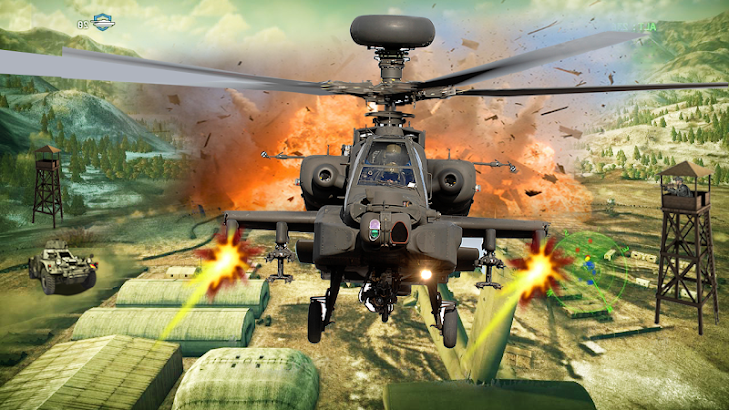 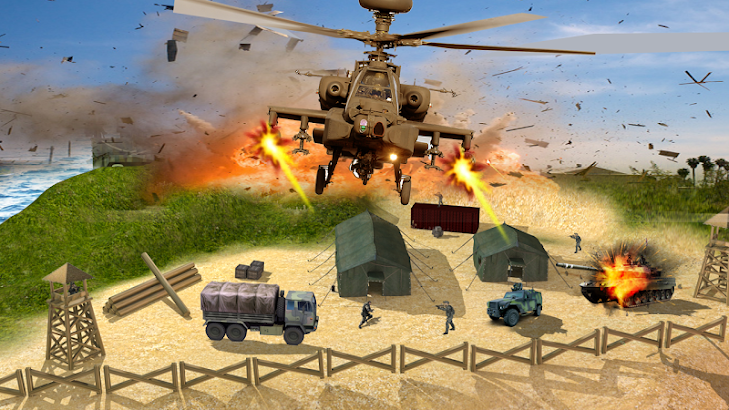 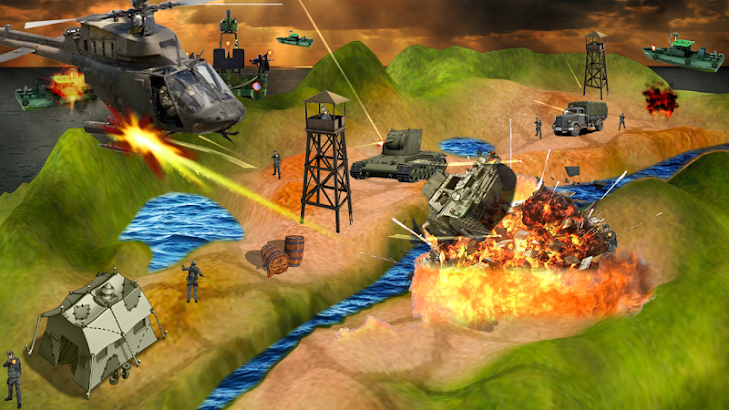 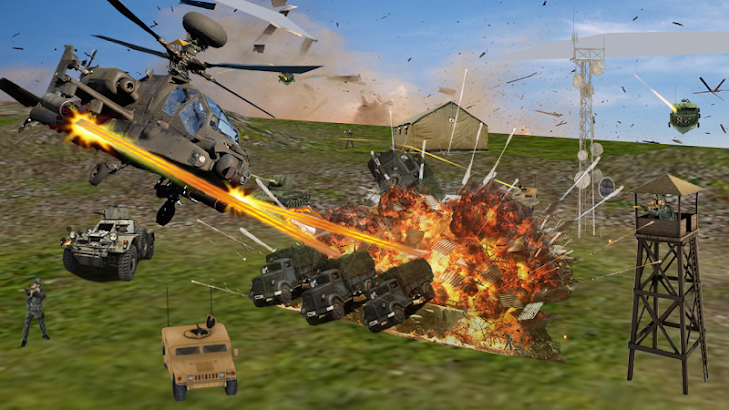 If you are a action games lover then this game is just made for you. you can play this game with full of joy thrill and action. In this Gunship Air Helicopter War 3D game there are more than 40 missions to achieve. If you complete the mission in time it will result in open up the next level. To start the mission you need to start up chopper first from the home base and fly towards the enemy strike area . When your helicopter enter the death zone of your strike area first mission is to aim then plan to strike the targeted point and protect yourself from their fire and rocket launcher.
The enemy is very strong but you are well trained chopper striker. You have entered in the mid field of desert of the death war and you need to target their diploid area camps, ships, tanks and other equipment. You are loaded with full of ammo and worlds best modern equipment. So just show your skills and beat the enemy . There are different levels with different mission and different environmental area like desert mountain and deep sea. The sound quality is stunning, you will hear a real sound of strike with thrill and terror. We have introduces 3D graphics for this game.

1 : Start chopper from the base and fly towards the enemy army unit.
2 : Use your training skills to attack the enemy base.
3 : Destroy the targeted area and complete the level to open next mission.

UnknownSeptember 7, 2017
What a nice game

Baret Bhanoth July 25, 2017
Waste and dabba game in all the games please don’t play anybody and don’t down it

Pawan Kumar July 13, 2017
Game is good but we can play 4 level only please update the next level

sandip bhattacharjee June 19, 2017
This is the worst game

Aastha Tripathi May 16, 2017
What aexcitinggame it is