Throw down the skeletons, avoid the lethal traps, destroy the bosses!

Pretty bad… I do recommend hellrider 2 however, that game is what this should’ve been. 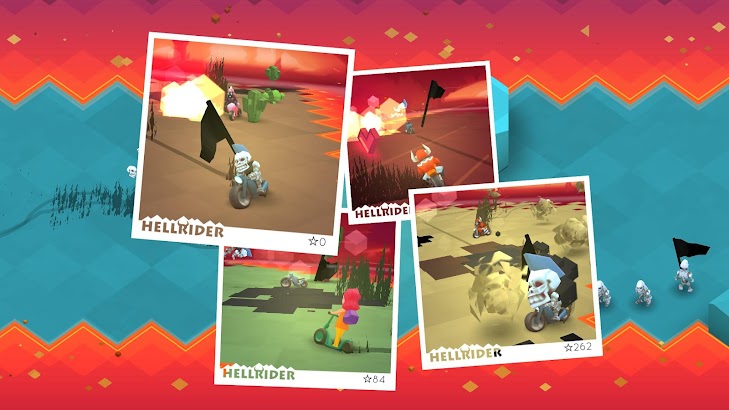 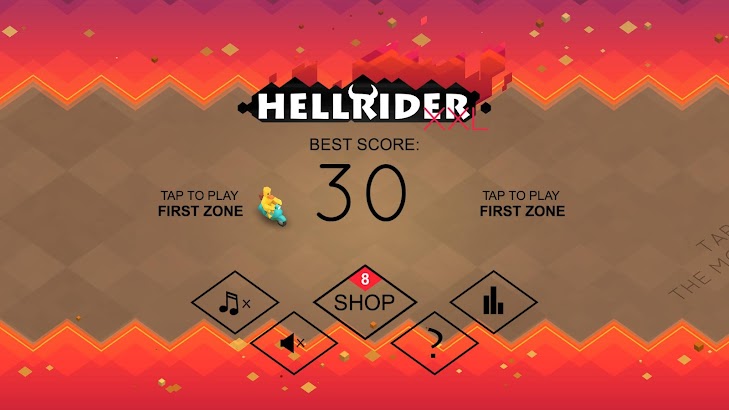 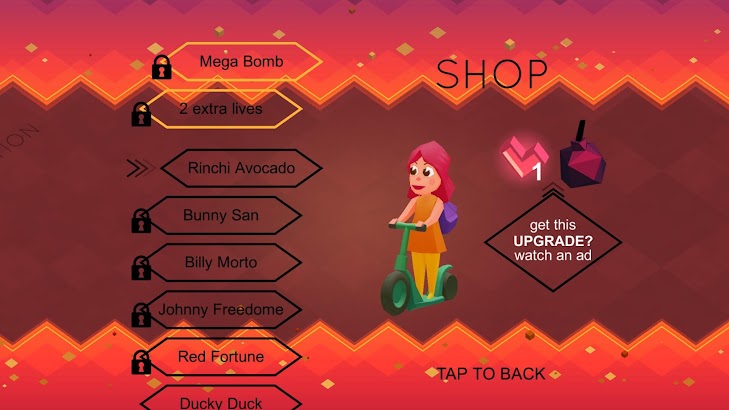 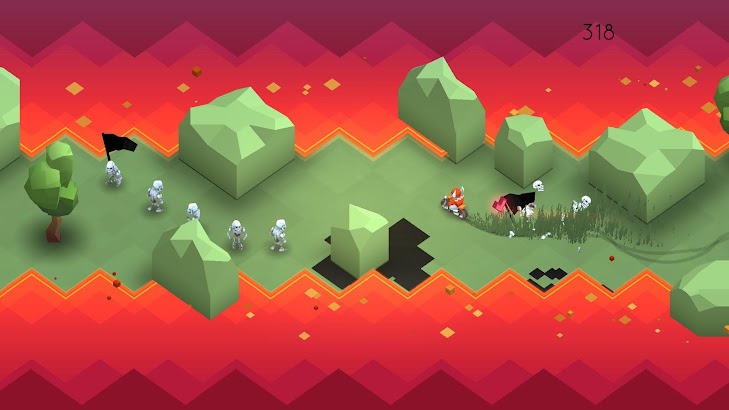 The skeletons decided that they can leave the underground world. But it won’t happen! Brave and uncompromising Hellrider will teach the fugitives!
Throw down the skeletons, avoid the lethal traps, destroy the agile bosses and compete with your friends!

Independent reviews:
“When I grow up, I want to be brave as Hellrider!” (A child in a sandbox)
“Oh my God, this is the best I’ve ever seen!” (Some random guy)

Tudor Safta July 10, 2017
Pretty bad… I do recommend hellrider 2 however, that game is what this should’ve been.

Fjj Cjnb September 7, 2017
It’s one of the best games I ever played

Billy Morrow January 19, 2017
It is very time consuming and it has good graphics L

wht is in the name February 5, 2017
beautiful graphics..but controls sucks

Karan Pujara February 10, 2017
There should be a option to change the control to touch or tilt..

Shot in the Head June 14, 2015
I love how the game is actually challenge that the path changes when u finish each zone. Plus the boss are some what difficult but I wish they where different bosses for each zone. Graphics10/10 beautiful and crisp. I also like the idea that u can the other characters for free just by watching adds that is sweet!! :). Another thing I wish that u can put famous YouTube that we can play which would be awesome. Finally I would like if u can teach me how to make other games using this unity engine. Bye ~^=^~

Andrew Breeden August 1, 2015
Massive props to the developers! No money needed, all the ads are completely optional, but there is still incentive to watch some. The game is solidly made and is the best kind of chal
lenge. Anji games, you have earned yourselves a fan! I can’t wait to see what you do next! Also, thank you for not shoving a popup in my face to try and make me rate the game. Those just make me want to tank the score on purpose. Great game!! Great Devs!!

Alireza Ekhtiarzadeh March 25, 2016
It’s ridiculous how Google let’s these apps go by unnoticed. I have an S6 and it is certainly capable enough to play this game… just think how badly it has to be written that it performs badly even on such a strong device. App store 1 Play store 0. Don’t get me wrong the game is really good but it’s ridiculous that it performs this bad on such a strong device.

Andrei Constantin September 4, 2015
I love how the mechanics of the game. The fluidity of the movement, the design, the animations, and the smart way to incorporate and encourage ad watching in the game without being intrusive. But after the 10th boss the game just gets super annoying. More oil spills, bigger and more bombs from the enemy and more obstacles while the character does not evolve one bit. Character’s journey should make you grow and develop new skills in the levels but in this game it’s not the case, it’s just repetitive.

UnknownMay 31, 2015
Great game accompanied by gorgeous graphics. What’s more, you won’t find any advertisements and this masterpiece is easily playable without spending a single penny! Although it’s just a simple time killer, I’ve never been so impressed with any game before!

Corey Johnson June 18, 2015
This game is well designed and very fun to play. It’s also pretty clever to use ads to buy checkpoints but that does mean lot’s of ads so be ready for that if you suck at killing bomb toting skeletons on dirt bikes. Though who hasn’t done that before?

Muhammad Farhan August 22, 2015
I love the graphics, the isometric concept, the cute bikers, and the fact that you’ve cleverly used ads to save checkpoints, which may be a bit of an annoyance to the player but its a necessary annoyance for a beautiful game. I’ve never watched so many ads for any game, but I don’t feel bad about it! Just a few comments… the gameplay is hard, but fun. Plus it would be nice to have the soundtrack change for different zones just to break the monotony. Five stars!

Quincy Willis December 28, 2015
It’s a very beautiful game with an interesting concept. Your link to rate the game may be broken because it said could not find item. But I went ahead back to the game to leave a comment. Again very beautiful graphics with awesome gameplay.

Jrella Collins March 24, 2016
This game is the best. It’s cool because your playing as a Demon HellRider. You also get to Crash into Skelton’s that stand. And they even have Skelton’s on bike’s that throw bombs at you. Be careful of them… I give this game 5-?????!!!

michael smith January 1, 2016
well developed up to a point. The characters abilities do not progress (not rewarding). Also there are no training levels at start, would be a good way to get people hooked beforethe ad system of progression kicks in. Music gets boring really quick, looks amazing.

Navneet Yadav November 18, 2015
Seriously loved it, the one tap concept is awesome, Brilliant gameplay. Graphics are adorable. Would like to thank the developers for making this games. This is the first time I don’t mind watching an add for such an amazing game, also the concept of watching adds for updates and checkpoints is brilliant. Again trully creative and intelligent work.

Zoran Cirkovic May 30, 2015
Annoying video ads that cant be stopped and they are 15-30 seconds! Greedy developers! Beside that the game is good. Nice artwork and game play, but I want to play it, not to watch ads. So, UNNINSTALING. I guess thet there are some other similar games.

Joe Licata August 8, 2015
Great Game! Still Fun! Very unique game play. The screen rotates as your character gets further along in the game. Tap the screen to turn 45 Degree angles back and forth. Really fun and addicting! Hard at first, but still fun!

Moon ingyuu May 15, 2016
Game has good graphic design but sadly it is super hard to play, even from the beginning level due to game mechanics specifically the obstacles and boss’s bombs. Firstly, the obstacles appears in places that are hard to avoid which sometimes becomes unavoidable no matter what especially when the space gets smaller. Secondly, the boss’s bombs seems to be placed to the player’s character direction which mostly becomes unavoidable as well. And i haven’t gotten to the ads yet. Zero stars given if possible.

Roozbeh Ebadi February 29, 2016
The games design and control, both are designed very well… Boss fights are so fun… But Ads are annoying !!! And totally game
is hard… ?? …but last word is , I like the game.?

Tariq Adib February 22, 2016
The game has nice music andice graphics. It plays well but the main problem here is that it is irritatingly difficult. You can’t play it for long nor can you play it casually. It just isn’t fun to play it for such short durations

Will Haynes August 16, 2015
I’m fighting boredom. As the game progresses, its just the same scenario over & over again with growing difficulty…. yet they don’t offer any upgrades or power ups to better to facilitate the growing difficulty. Not to mention the mechanics of the game are sub par. Potential, but ALOT of room for growth.

Logan August 15, 2015
This is a great game to play because you don’t have to commit any time. Easy to learn. One thing I don’t understand is why can you get all of the characters by watching ads?

HiMrBob August 28, 2015
I love this but I can NOT get passed 11 the forth boss! I have tried at least 200 times and hit him once but he has another life ?
Tags
Anji Games