Get ready for the holidays-Festive updates! Battle monsters and dragons. Best RPG!

Don’t waste your time. Any new armors you get will be useless in a matter of months. So either you spend real money to keep up, or get left behind. The whole game revolves around you hitting a button every 3-4 seconds… 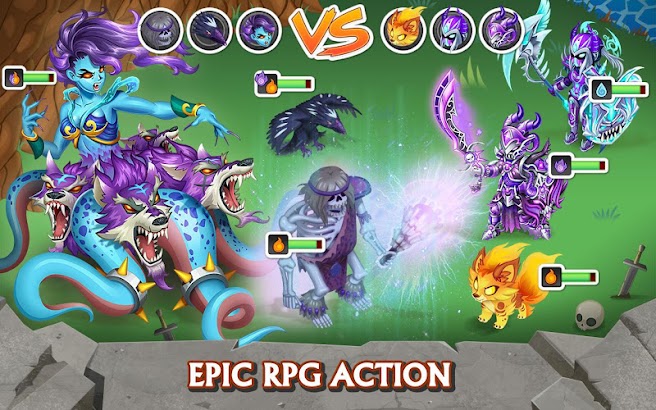 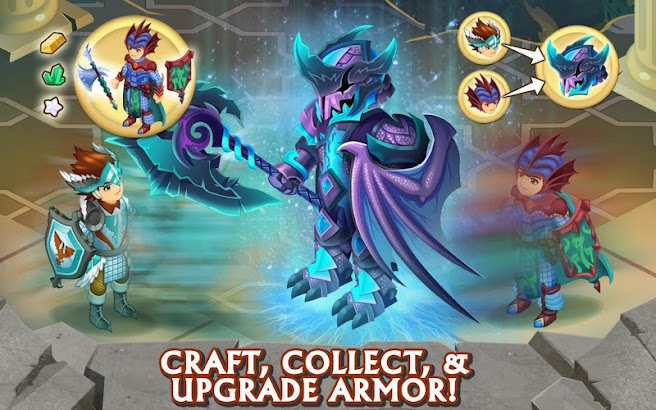 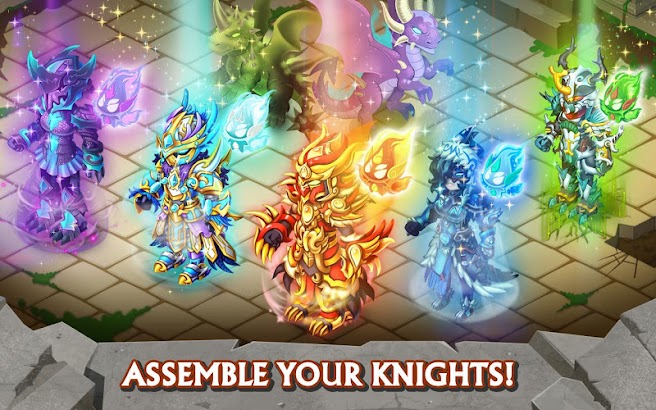 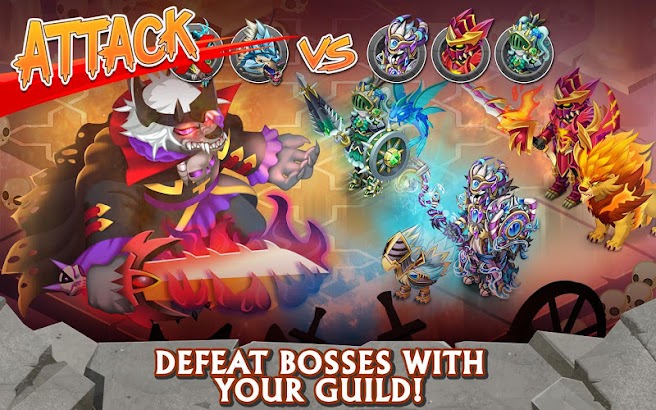 Battle the Dark Prince & his monsters with a brave army of knights in epic role playing game action. As the Knight Commander, collect powerful heroes, craft armor with rare elements, embark on legendary quests & join a multiplayer guild to protect your kingdom!

*NEW Battle Pets!*
Pets have joined the fight for glory! Hunt, train and raise heroic companions to aid your knights in battle.

PVP MULTIPLAYER GAMES – JOIN A GUILD WITH FRIENDS!
– Guilds up the fun! Join or create an alliance to earn massive rewards
– PVP games let you duel rivals & clash in intense versus battles
– PVP leaderboards rank you against rival kingdoms in 3 modes

Battle evil to save the kingdom & become a legend in Knights & Dragons, the epic free RPG story that pits you & your guild against legions of monster legends! Challenge gladiators in multiplayer battle games, use fusion to craft the best castle armory, & defeat the Dark Prince once and for all!

Steve S October 11, 2017
Don’t waste your time. Any new armors you get will be useless in a matter of months. So either you spend real money to keep up, or get left behind. The whole game revolves around you hitting a button every 3-4 seconds…

Matt W October 10, 2017
Good game, quite addicting. Enter my code if you want some decent starting armor WBD-BCW-WWY. Level 95.Only thing I would suggest the developer put in the game is a global chat system, it would make playing a bit more lively.

chris burnett October 14, 2017
This game is fun and quite addicting, but right now they are having issues where the rewards don’t pay out and rewards you have earned disappear. So be careful spending money on it. I spent 140$ on a war and I still don’t have 2 of the best rewards I earned from it. So I’d rate higher but that’s a big problem. If you’re paying good money for something you should get your stuff

Jackzz Gaming October 14, 2017
After playing this game for a while I think it has gotten a bit stale because all of the updates are basically armors. Which just make the Armor’s more powerful than the last update.

Misfit Harris October 17, 2017
Negligent, and incompetent support staff. No assistance with issues what so ever!! Does not value thier players.

Mark Lauchlan October 13, 2017
Good game to play, best played when your in a guild, the campaign is a bit short but they bring out heroic mode at events which will challenge the most determined player the ranking system is fairly fair but to win a event you will need to spend money for the gems.

Kenneth Ford October 12, 2017
Some of my strongest armors and matching rings and amulets went missing after the last update. Still waiting in response from support

Echoed Melody October 11, 2017
I love this game despite the gap between paid players and non paid players, but despite that with free gems I find keeping up to be pretty easy despite not being able to get more powerful sets

Gary Langley October 15, 2017
The game is awsome you can do everything almost immediatly the only wait time is not long and is very fun to play, but please add castle space and numbers to experience bar

Tiffany Klingensmith October 20, 2017
Love it me and my husband play it every day several times a day so we can do the Guild wars and stuff..he has been playing it for abt 3 years now and has gotten me addicted to it

Lj Masing October 17, 2017
This is a best game of all my gaming history for ten years and when I played it for the first time I already became one of the top 100 guild alright easy gaming and strong armors awesome

Rico Elstrok October 21, 2017
Amazing game! So far this game is just completely fantastic.Add my code when you start to get free stuff! WBQ-NMR-MMX

Dazai Osamu October 23, 2017
It’s a really fun game I’m addicted to it only one small problem i wish i get better armor

Shane Barsby October 16, 2017
Great Game, but you need to be committed to get ahead.Recommend watching daily videos for free gems.You will need them.

thegammingkiller //roblox October 12, 2017
Can make the heroic mode longer because it is hard to get sf but other easily can get it

Aj Hatton October 16, 2017
I’ve loved this game for years I have to restart alot but it get more fun each time!!!!

Van Heyden October 13, 2017
Love this game have been playing a long time and still play it every day

Brenton Venezia October 19, 2017
This is a very addictive and fun game very good to pass the time has very cool monsters and armorsets

Travis Rohde October 22, 2017
Very fun and challenges that progress as u go

Vickie Sharma October 16, 2017
Excellent the armor looks so cool ?? and I love the guilds and event’s

Mystical Potato October 11, 2017
Very addicting game and easy to get through if you grind

Musa Khawaja October 19, 2017
It is pretty goodbut u need to buy a lot of gems

Danial Newman-Moore October 15, 2017
Good game, don’t even need to spend to get better

UnknownOctober 23, 2017
Its a great game you have to use your mind

CCM.Gaming October 16, 2017
Best game ever I love this game so much

Sincy Mike October 12, 2017
Greatjobwith the game and I play thisall the time