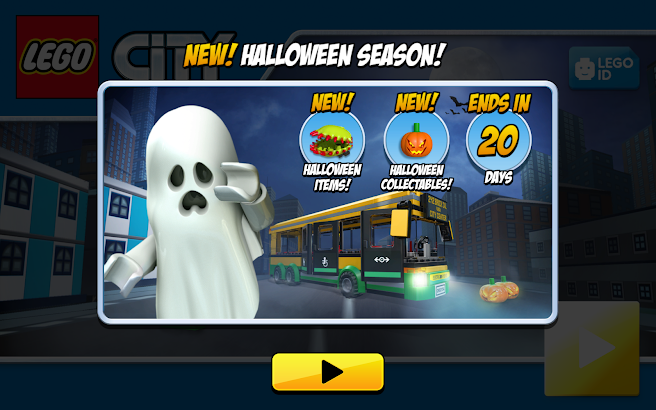 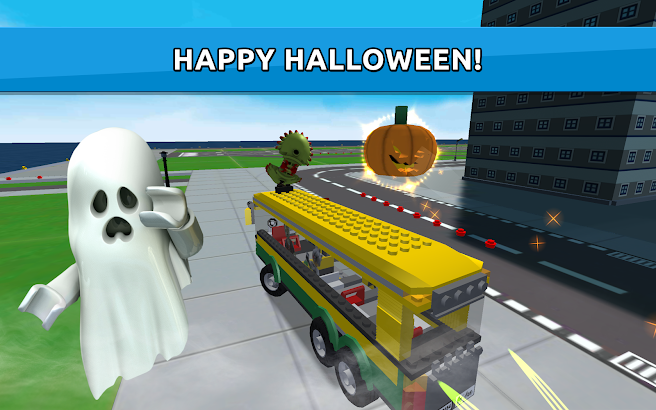 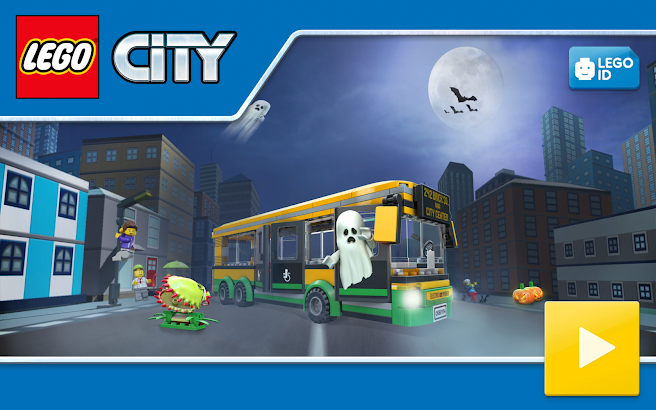 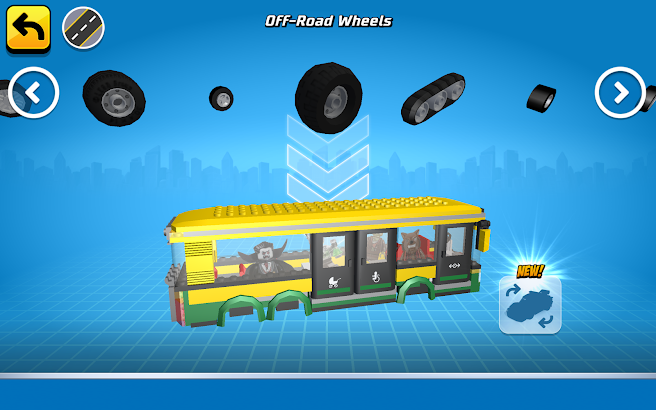 Complete heroic challenges to win new LEGO® vehicle components and LEGO® bricks, and watch your city grow as you level up. In this game you can:
• Keep the crooks behind the bars as a LEGO® City policeman
• Put out the fire as a LEGO® City firefighter
• Head out with the crew of LEGO® City explorers to investigate the active volcano
• Do stunts as a pilot with your favorite LEGO® City airplanes
• Race the LEGO® City dragster to victory.

LEGO® City is a creative game where boys and girls can play with LEGO® City products in a fun and free experience. Your LEGO® City needs you!

Features
• Create and modify your own vehicles to suit your imagination, and then put them to the test in LEGO® City!
• Build your own city by completing heroic missions.
• Play with classic LEGO® City vehicles.
• Level up to win new vehicle components and LEGO® bricks

LEGO® City is free to play and offers no in-app purchases.

Halloween has arrived in LEGO City! Find the hidden collectables and unlock the Halloween themed vehicle and accessories!

Heilcore October 14, 2017
So apperently i missed 2 event that never happend even tho ive been playing since the start of the ninjago event what happend to the pirates one and that other one that is shown they never happend cuz the game never got updated for them so the ninjago event just restarted and i never got the pirate event stuff and the other event stuff its kinda unfair

Mark Holtham October 22, 2017
Last update has stopped the game loading on the Pixel C. Son enjoys the game, so its a shame he can no longer play it.

David Guillaume October 13, 2017
Why does the app now insist on having phone permissions! Real shame as my kids love this game

Edwin Salinas October 21, 2017
The halloween Update Doesn’t show Up ;( can Anyone Help.

UnknownOctober 23, 2017
Someone fire the mayor!Seriouslythe constant nags to enable notifications is over the top.Once and only once for a kids game is all there should be. Fix it Lego you should know better.

Dylan Fredericks October 15, 2017
I think that the controls are terrible!!!

light time gammer October 23, 2017
IT SUCKS SO BAD RATE IT HATED IT

Darren Nana September 19, 2017
Game requires access to phone calls to save the game? It will not run otherwise. Ridiculous! Many games do not require such permission to run. Stand up and don’t accept all of these intrusive permissions. They are not needed. Go without the game. I’ve been on Android 5 days from Apple and already I regret it. Google needs to lock down the play store and control the Apps tightly like apple.

Numayr Ammar Laksono October 13, 2017
This game is so cool even though I just downloaded this game and it’s pretty good and it’s cool to I think when I finished the mission I will unlock the Ninjago version I will be so happy but even though it’s hard to control.and I like the movie not liked it but I loved it the movie is awesome and my favorite character is Lloyd

a95678898tt5448766 October 6, 2017
Lots of missions all over the city!Arrows guide me through each mission Missions have different vehicles some can be unlocked Plus I can play this offline with no problems This gamestarts quick runs smoothly Great job on the comic strip and in game video clips

UnknownOctober 8, 2017
Shame, was looking forward to this game, however wants permission to access phone calls. I have not encountered this before so was reluctant to go ahead with game. Terrible as I imagine a lot of children access this game as well.

Madhuri Pawar September 23, 2017
The game is bad because they should work on graphics and also they should give a instruction manual in the game as in other games such as Indian train simulator

Hiryu Brand Channel October 13, 2017
Its lag, hard to control, my son angry because its too hard to play, i suggest to make it easier and please remove the lag, my smartphone snapdragon 820, with graphic like this its imposible to lag

Ariel Dor September 16, 2017
Why does an app for children require permission to make and receive phone calls “in order to save data”???

UnknownSeptember 18, 2017
Bad controls it couldent cep up Whith my movement i would give it 0 stars if it was possible

Renaldaali A September 18, 2017
I like it so much but why when you upgrade items why his upgrade and upgrade I hate dis