Should be able to double jump. 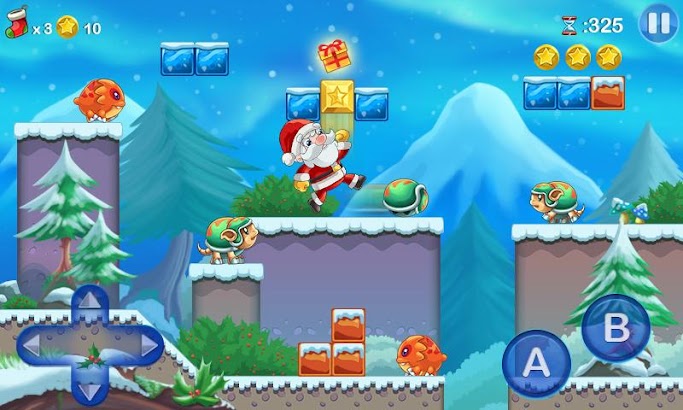 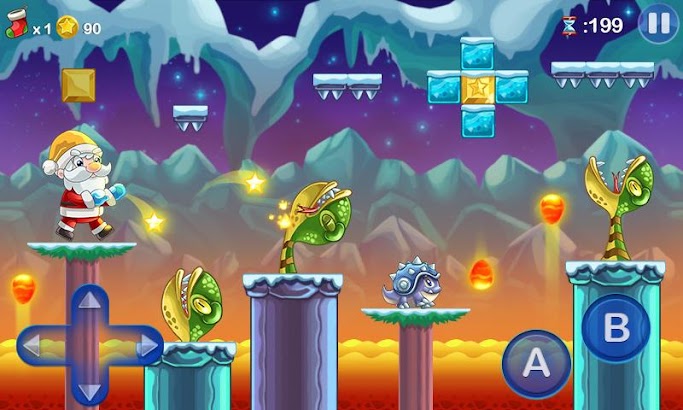 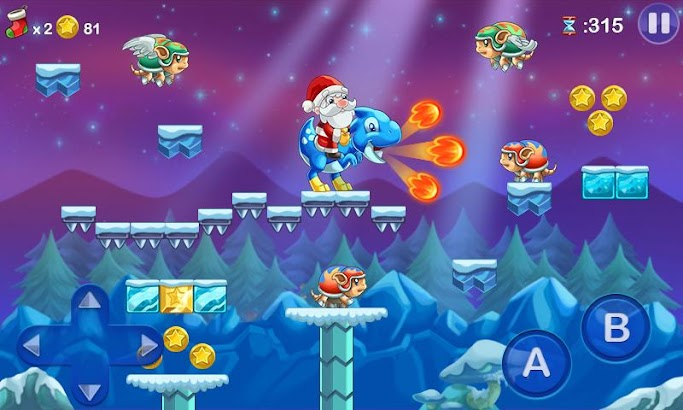 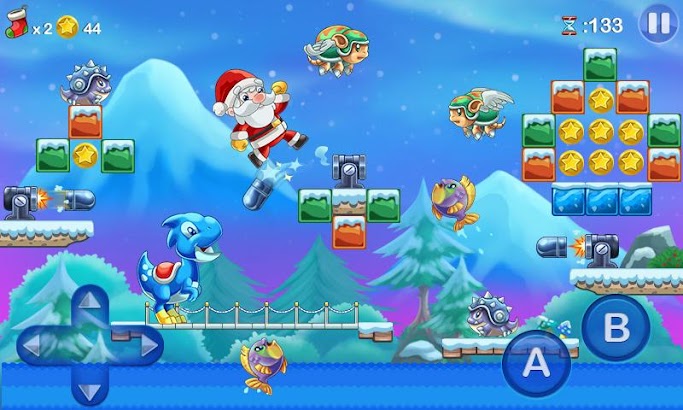 2015 is almost over and it is time for Santa to go out and work again. Yes, he does work once a year (we know), but he needs your help. Run around in this crazy world, avoid different kinds of enemies and help Santa overcome some crazy challenges. Christmas is almost here. What are you waiting for? Download Mega Santa and start celebrating a little early this year!

Ronald Simmons January 7, 2017
Should be able to double jump.

teliah tullis January 17, 2016
And I hope anybody else like this

Sanya Singh December 23, 2015
I really enjoyed playingthis game very much and santa is so cute.

Lance Jordan February 3, 2016
Funny I love it but put upgrade bro I need it how do u make game

Victoria Chwarscianek January 9, 2016
its over christmas but this is so cool!

Eragon Dragon December 20, 2015
I love Christmas and mario games but is my favorite

davidslapspin December 20, 2015
Creators of this game have absolutely NO creativity

Elizabeth Cuevas December 20, 2015
Its one of the best game

Juan Amavizca December 17, 2015
It is super Mario exempted in winter evey thing the same why did you make it to get sued wow you never thought about that!

Oppo Yoyo December 18, 2015
What time you want claiming the company is also noticed.

Ji Hyo December 20, 2015
When I download this game,I found virus.Then I uninstall this game and install again but the virus still founded in the game.Please fix this.I want to play this game.

Sreyoshi Ghosh December 25, 2015
Its a good game but some levels are copied

Deepak Gupta January 20, 2016
This game is like mario game which i played in my childhood .I sugggest all the people who read this,install it and enjoy the game.