Lock ‘n Load! Get your weapons ready for the ultimate action game!

Why isnt there an option to get more life/to heal? ALSO, a few glitches need to ve worked out. Decent game though 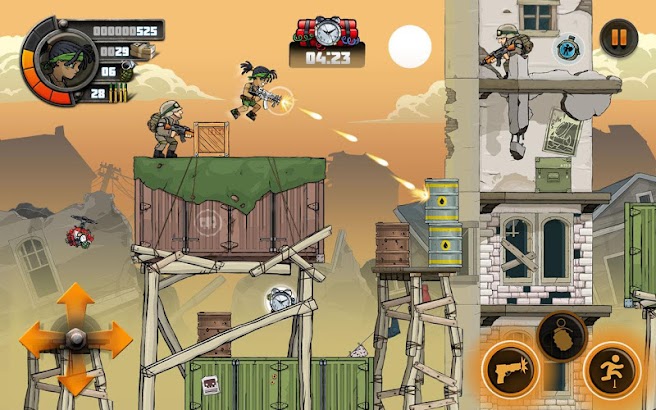 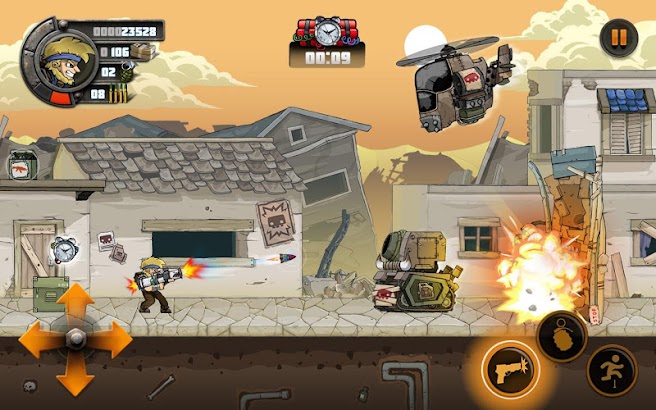 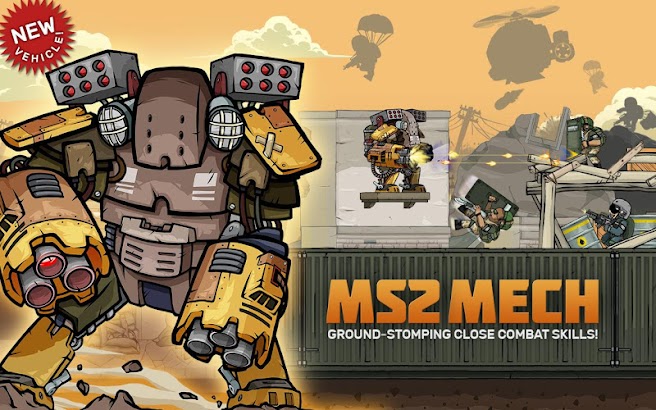 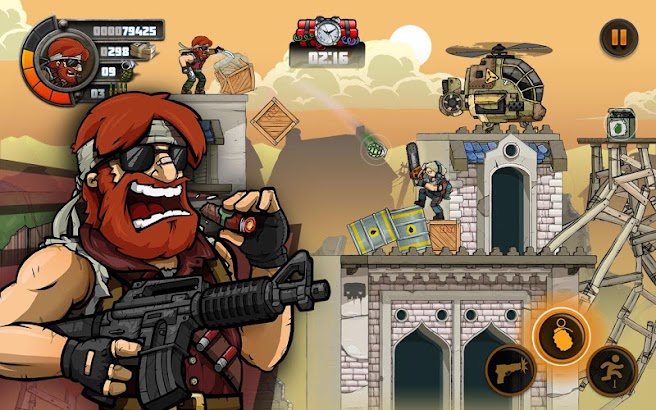 Lock ‘n Load! Get your weapons ready for the ultimate action game. Metal Soldiers 2 combines the adrenaline of platform-style games with the action of 2d shooters. Use the pad to move around and tap to jump and shoot. Use different guns and grenades too!

Get yourself into a Battle Tank, a Power Mech or even a Helicopter to battle the rebel forces throughout 15 challenging missions.

Be careful though, the rebels got some serious new equipment. Engage into amazing tank battles or in ground-to-air tank-helicopter combats. There is a lot of shooting to be done with the new vehicles and enemies.

Blow up all enemies in Metal Soldiers 2! Kill them all in this amazing shooter game.

What are you waiting for? Download Metal Soldier 2 now and let the shooting begin!

Dewey Ai October 23, 2017
Why isnt there an option to get more life/to heal? ALSO, a few glitches need to ve worked out. Decent game though

Kenji Hunter October 23, 2017
i love it because it reminds me of kill shot bravo!.

Emrah Kürüm October 22, 2017
Game is fun but too maby adds. Every time I die I need to watch an add and I can not close it for 3 seconds. Controls are too close to each other (he jumps when I need him to shoot or opposite). And sometimes he stacks looking up. I had fun but deleted right after I finish all 30 episodes (it is too short). Endless game is good but your given time is too short (after dying because of time for the 10th time it becomes boring).

Deadly Fighter October 10, 2017
Game for 2 yr or less age kids. Controling very BAD. Some were cheat seting, ur life lost by bad control so u watch ads for continuing game.

Gajendran Ravindran October 16, 2017
Actually game is superb ever played in mobile although there are levels up-to 30 only, please increase more levels.

` ʼ October 7, 2017
Does not let you play without watching ads. Am currently in contact with Google as this does follow the Google guidelines for publishing apps to the play store.

Alin Gheaja October 14, 2017
The music is very annoying after a couple of levels.

abhira abi October 3, 2017
This is very good and super game this gropic so impressed

Rajarshi Dey October 4, 2017
This is a very good war game everybody should try it….

UnknownOctober 3, 2017
Awesome war game everybody should try it.

UnknownOctober 16, 2017
Nice compare to other games but i completed 30 levels now i am just playing enrless

Himanshu Jha October 14, 2017
My Device is Galaxy S8 This game doesn’t support on my device

Saboor Ashiq October 7, 2017
Nice but not tooo much

Bachagak Khushteep October 9, 2017
Very good Game .but the level is to short.

Sniper In The City 2017 Assassin