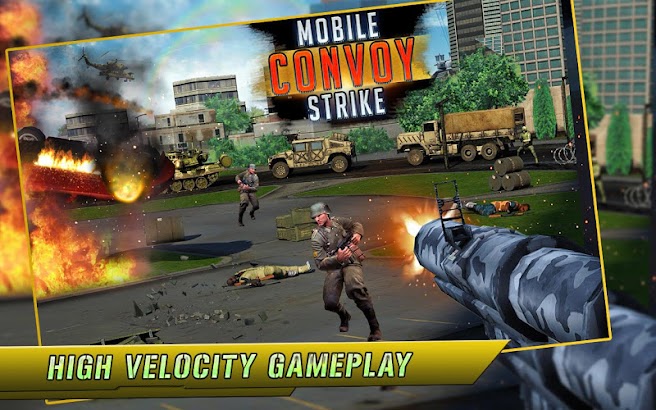 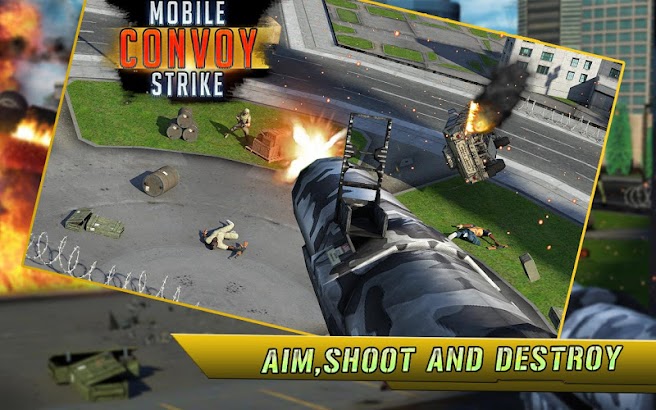 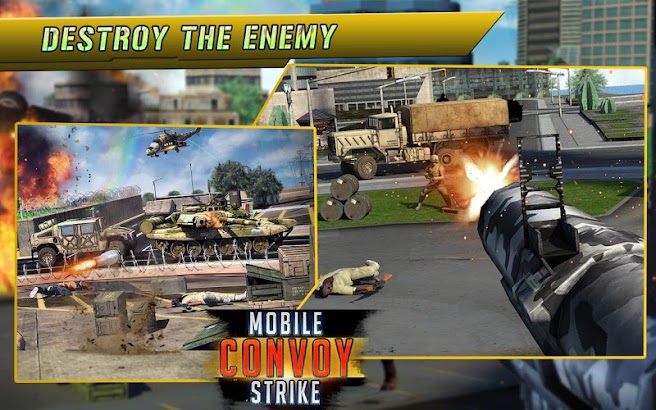 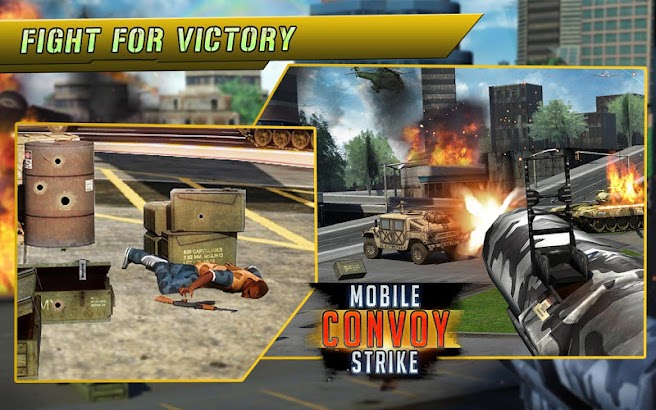 This is the modern war and you are alone to stop the army of the enemies. Enemies on battle frontline want to build the base and control the action and to test your troops; they are invading along with powerful alliance.
May be their Arsenal is bigger but be confident since your arsenal is far better to protect and defend your country. The battlefield is set for you and to write your name in the history as a action hero, you need to fight till your last breath.
The elite military and political class has lost their faith and wants to bow down. So you are the head of state now, take your decision wisely.
Strike the convoy passing through the city and hit them hard damage their supplies. Use mini gun for the soldiers on foot and for Humvees, trucks, tanks and helicopters, use the RPG.

*** Become the action hero of your country
***Fight with the rogue nation on the battlefield
***Earn points destroying their supplies and life lines
***Use modern weapons to destroy their heavy artillery
***Build your confidence by taking down the tanks, Humvees and choppers

Romi Villaluna December 6, 2015
I love it, it’s amazing game, can’t hardly put it down. I love playing this game and I would highly recommend this.

sarabpal singh May 22, 2016
Misrable game you dont where bullets hitting no target sight

Rocket4um & Dogs January 8, 2016
I’ve tried so many gun games I didn’t like and I finally found one

Therold Gocoul June 17, 2016
The graphics are great on this game.