Looks amazing, but the 3rd skill for the water ninja atleast is gamebreaking. As soon as I use it the controls stop functioning properly, and on hard mode…it’s definately a make or break. Idk if it’s the game, the quality of it, or a combination of the 2. It may run on my device, but have a glitch involving my device and the game. 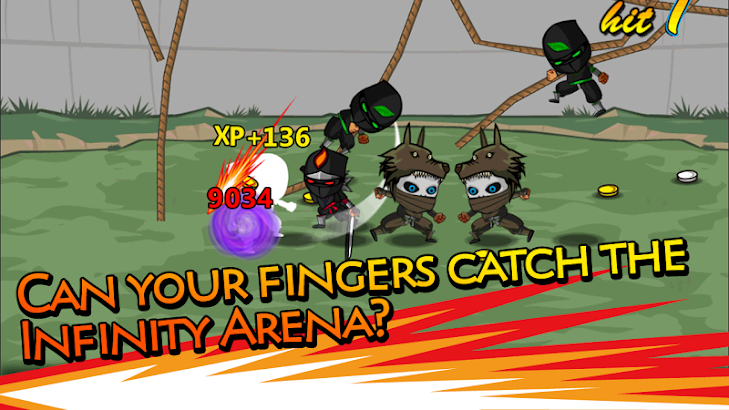 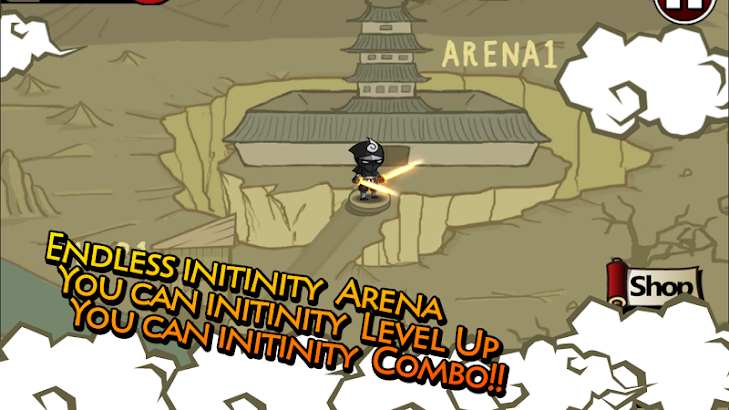 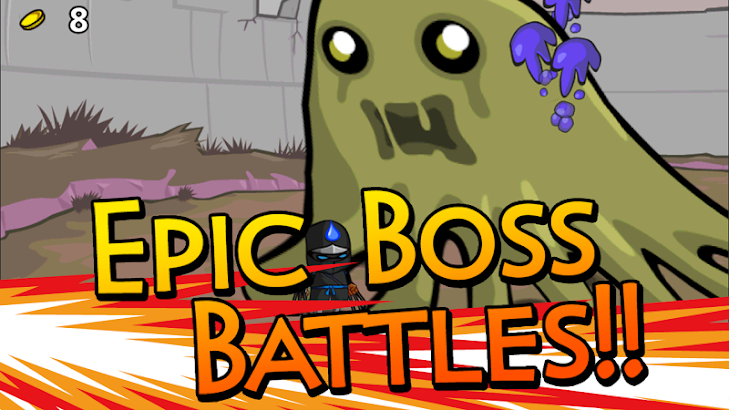 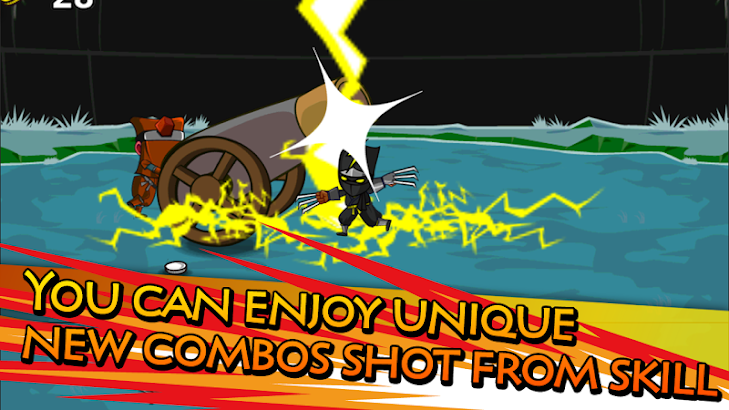 Can your fingers catch the infinity arena?

▪ Select among four ninjas!
– Select one from ninjas of fire, water, thunder, and wind!
You can use secret characters by achieving records!!
Can you find Android original characters!?

▪ Master legendary ninjutsu!
– You can master ninjutsu by getting scrolls.
Can you master the legendary last ninjutsu!?

▪ Available game mode
– You can select a game mode from Easy, Normal, and Hard.
The more difficult the mode you complete, the higher the score you can achieve…
– Endless infinity arena.

▪ Animation, graphics, and system
– Numerous effects have been used for ninjutsu, weapons, and monsters.
– You can enjoy unique new combos shot from skill.

Mark Lacko April 29, 2017
Looks amazing, but the 3rd skill for the water ninja atleast is gamebreaking. As soon as I use it the controls stop functioning properly, and on hard mode…it’s definately a make or break. Idk if it’s the game, the quality of it, or a combination of the 2. It may run on my device, but have a glitch involving my device and the game.

UnknownJune 13, 2017
It’s a really fun game but plzz make an update on like on more arenas and some more places and a story mode.PLZZZ.Also teams for other players to work together in arenas to complete tasks and defeat bosses this will make the game awesome and for everyone to like ?

Cloudy Zhino May 29, 2017
Great Game!!! But the controls are a bit hard to use so pls add an option to change the controls to joystic mode, Thank You ^_^

UnknownJune 3, 2017
Its a great game,but the controlls should include a joystick for walking in the next update,because the gold and silver keep on disappearing. Otherwise, I recommend it for people who like ninjas,magic,and a good fight.

dark TigerShark August 31, 2017
It’s okay I mean my brother and I play it but there’s one thing missing a story mode and talking is like they have stitches over their mouths that’s the only update it needs talking and actual story cutscenes

Calum Gibson June 10, 2017
This is a great game it is very addictive and I always want to finish a level and it has simple controls so it is easy at first only thing I would say is the movement it is kind of slow after a burst of speed

Tree Reyo September 30, 2017
I think it is the best game but I’m wondering how do you get how do you get the shadow figures the ones that are blocked to be used I love the game so far I hope there more types of games like this

shadow king October 20, 2017
This game is awesome just saying all of you haters are so out of line because for me this is by far the first best game ive played on mobile following awesome game cant wait for more ninjas to play as but fun so thnx for a good game

Wolf Warrior July 9, 2017
Most of the stuff is good and I loved it but the controls weren’t that good I kept on tapping in one direction and out either didn’t go or went the other way

Reinnald Tolentino July 27, 2017
It nice maybe you could make the graphics 3d and maybe you should add more characters like celestials or darkness or earth and this would be the best game!!!!I love it

Nicquaine Nelson April 17, 2017
It’s good…like really good you get to have 4 element and IDid not no I can get swords and more? this is sooooooooAMAZING LOVE IT?

Marco Polo May 26, 2017
It’s is definitely one of the best games I’ve ever played. The controlsare fun and the combo attacks are very cool.

Mike Jones June 19, 2017
The controls caught me off guard. I would be clicking right to attack left. Other than that the game is fun and even more fun.

Brick Dud April 12, 2017
Its like castle crashers I hope that you can make another one but Evan better and on line too its good so far

SwaNg Kil0 September 21, 2017
Amazing game but I think it should be different types of control options like joystick. Love you guys keep up the good work

Sagefox Gaming May 25, 2017
add a multiplayer or a place where you can defeat enemies and get rewards like a boss rush or some thing

ethaniel pagaspas May 15, 2017
Pretty good but i personaly think that collecting coins should be difficult please add this in otherwise alright you did goog

sharif ismail abdalla September 17, 2017
It Is The Best game ever I like all of it its like naruto there is hokage and more!! thank you creators ;D

Ottowa132 July 27, 2017
Good game but should have option to use a thumbstick for easier controls because it is fairly challenging to play the game easily, but otherwise it is a great game overall.

Khalid Mohammed July 25, 2017
It soooo amazing i play it day and night also. amazing i love it but please help me plshow i can pass arena 1 and fix controls please it so amazing perfect outstanding whatever but pls help me anyone

Cleveland Ford October 12, 2017
This game is the best game I’ve ever played but the controls are a little off maybe you can fix them a little bit to work better

Connor Millering June 20, 2017
Needs volume controls and a way so I can get the chest without the game continue automatically.controls are …

Winny Abion May 21, 2017
For me swiping the screen to move is a little hard but the game is great can u change how to move its hard if i swipe to move

warcry643 Roblox October 21, 2017
This could easily be 5 star but I think the constant Areans that you have to replay to get to the next Areana

bossdonkey 1000 July 23, 2017
Its a fun but hard to control game and you can have special moves for the lightning, wind, fire, and water characters.

FireDino 95 April 14, 2017
Loved all of it but just a little bit of a problem with control because I’m not a fan a slide moves and still good gameplay

Bobby Acosta August 30, 2017
Fun addictive game, played cor an hour n did even realize it haha but good throughout gameplay

Bloodlust Werewolf May 30, 2017
If you remember the console game it was cool but this is even better it has weapons,elements,and more. Best game ever

aj soria June 12, 2017
Don’t like the swipe movement,but it looks like it could be a good time killer

AnimeFox456 Games Fox456 August 4, 2017
It’s a good time waster especially when your bored. My final review I loved it

Thomas Hartman March 29, 2017
Plays like Castle Crashers but for mobile and not as chaotic (yet I’m still at the beginning stages)

Animal Lover March 31, 2017
It’s the best game ever but I can’t runproperly please fix it.

Waleed Faiz June 27, 2017
Nice game but it have to be more beer I think they should made ninja infinity 3

scar X3 May 31, 2017
Noice game m8 its freaken epic and who thinks its not they can go sucks some eggs for all I care XDDD