Fly through the streets of NYC as your favorite childhood memory!

Controls were unintuitive and unusable for me. 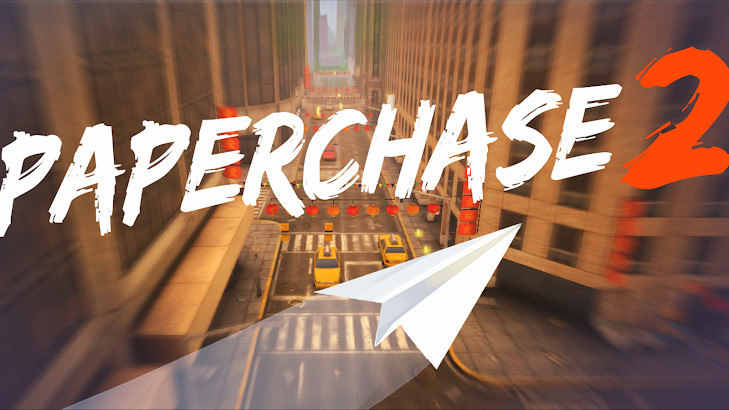 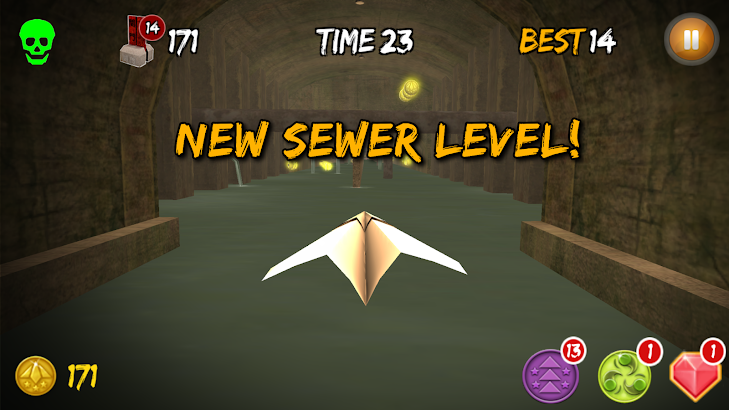 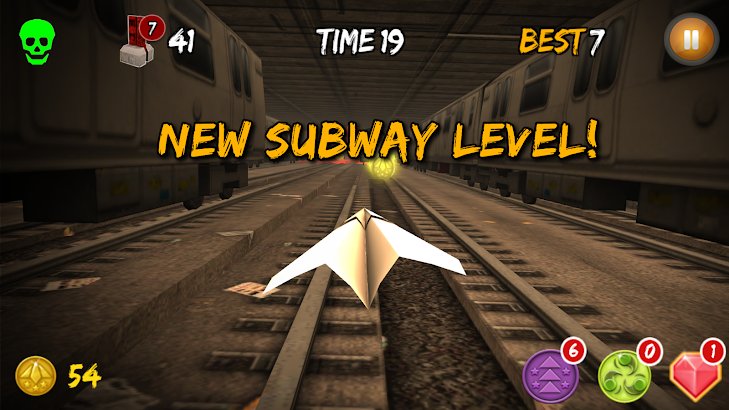 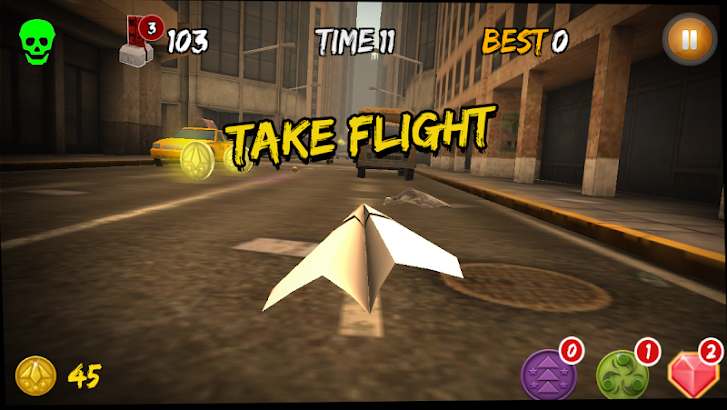 Fly through the streets of NYC as your favorite childhood memory with a magical twist. You can choose your planes and take flight!

SPEED
Travel to each checkpoint without running out of time. The higher you go the more power ups you get.

COLLECT
Gain points and power ups by collecting the gold coins and the mysterious kami gems that were blessed by the gods to bring strength and power.

UPGRADE
Upgrade your plane and fly through the city with an elemental twist.

UnknownAugust 7, 2017
Controls were unintuitive and unusable for me.

Jake Nicholson June 15, 2014
The tilt controls aren’t relative to the device’s starting position so you have to hold the phone almost flat to move down. The currency model is stupid too. 100,000 coins for a low-res fried chicken texture? Ooh,gimme.

Shitsneeze turdhorse July 20, 2014
This game is too overrated! The controls are crazy weird the upgrades take too long and give you about no difference and worst of all you CANT ESCAPE THE CITY! This games premise literally has no end!

Fardowsa Ali Mohammed July 20, 2014
Omg! I dont get this Game, Welll i mean i do but soooo flippin Confusing! Dont u think that too. to me its ok. Hope u rate this review♥♡♥♡♥

Jonny Jewell July 11, 2014
Unlike other people who are complaining about the adds im actually alright because I HAVNT EVEN GOT THERE YET because it doesn’t load.I just want to say something to the makers. YOU SUCK!!!! Obviously im uninstalling.

Ahmad Siddiqui June 11, 2014
So many potential improvements. The graphics are quite good, as are the in game controls. However the game just seems pointless and never ending. The scenery should change as you progress. Or have upgrades for your plane that you use the coins to buy. The levels should get harder as you go on. I got to the 30th marker and quit cos I got bored! The idea is excellent. Just needs further development!!

Christopher Alfred-Moses July 8, 2014
I’m all for adverts helping developers generate income but they’re poorly implemented in this game often delayed and then opening because of a tap that was intended else where. The game’s concept is the only reason i haven’t given 1 star but i was instantly alienated by the adverts and poor controls

Emily Thompson June 17, 2014
As I am moving there seems to be a great off putting lagg ahead of me. Please sort and be aware.

Chrissie Pireoa July 10, 2015
All u do is move side to side and go up and down this game sucks fixes it and I will rate it 5* please thank but this game does need fixing

Bpbill August 15, 2014
Has potential but at the moment you could just run for hours clocking up a score aimlessly. with no purpose it gets boring after a while

Rob Cunningham July 6, 2014
This is a fairly mediocre Temple Run style game. What really kills it for me is the horrible controls – tilting my device to turn left and right is the wrong way around!

Grant Williamson June 14, 2014
Don’t think about trying to lay in bed while you play this one. It doesn’t calibrate each time you start and there’s seemingly no way to manually calibrate.Also gets stupidly boring super quick.

Fred Gbdj February 3, 2015
This is so promising. Needs improvements on controlls, but it seems even the developpers have given up on it.

Caitlin Swinbank June 10, 2014
Is it actually even possible to escape the city? Am I missing the point? After 40 minutes of flying through the same areas repeatedly I deliberately crashed to make it end! Coins are difficult to get and the game gets incredibly boring after a while.

Alex Quant June 14, 2014
I’ve allways hated tilt controls and this game has just solidified my opinion on them. There is no middle ground when I was controlling it, you either go all the way up or all the way down. The game doesn’t know what a back button is, even the back button on my phone doesn’t work with this game. It gets incredibly boring after a while. Also the second ‘checkpoint’ is much further away from the others for some odd reason. I wouldn’t get this game again and neither should you.

Oli Hopwood June 9, 2014
The controls on this game are stupid why did you make them so sensitive and I have also turned the sensitivity all the way down. And I cant even fly up and down. Playing on samsung galaxy tab 10.2

Kevin Nel November 24, 2014
It is a great idea but the controls are just awful and spoil the games. Please just make the controls better.

Asif Shah May 1, 2015
My grace! What utterances can i but proclaim as if they were of ONE that had a brain. Brilliant in execution i have ever seen! To make the plane respibd to it…fantabulous! If I may. Your grace.

Ivaylo Ivanov June 5, 2014
Very good game but too annoyingly adds and nearly impossible upgrade on the plane if you don’t bay golden coins.

UnknownJune 17, 2014
Controls and mechanics are not particularly good, and the game gets boring and repetitive after 5 minutes

Nathaniel Humphreys June 9, 2014
The coins should be worth more and the planes should be cheaper cause the first plane is £10,000 and its just too much for a plane I think that the money magnet should work for longer same with the speed coin and the time gem and the pirple and Green coins haven’t been spawned yet so I don’t know how much they are worth thank youfor reading my review

carryoutcashew9 July 8, 2014
Why would you do a stupid thing like that just for a story mode THAT DOESN’T WORK i uninstalled this instantly do not get this

ron tube July 1, 2014
I have a media box with mouse only input /no touch screen/ does not recognised mouse click

Dan fisher July 8, 2014
How do you go down towards the ground it won’t let me so I can’t get the coins

Sherri Holdsworth July 2, 2014
Never even got to play it. Shuts down while loading. Complete waste of time.

Cameron clay June 9, 2014
It will not let me unlock story mode

Emre Gokce June 4, 2014
One of the boring games, had 3 tries, then uninstalled it as it was a very bad game.

Ethan McAuley June 14, 2014
Coins are almost worth nothing and the planes are too expensive but addictive

Tyrae Gooding July 14, 2014
Just terrible can’t even move up or down just that bad

jess August 6, 2014
Its OK if you like a challenge. But too many adds and seriously hard. Its double hard on number 3

Kris B June 25, 2014
Controls are rubbish and no exit button. Deleted.

Karrim Mansoor July 16, 2014
You took a relatively simple game and made it AMAZINGly addictive! You have my awe,good sir.