Pixel Fury is a FPS multiplayer shooter in 3D! Join the worldwide Combat!

This game is rly cool i even found some useful glitches nothing to freak over though still amqzind though keep up the good work guys!!!??? 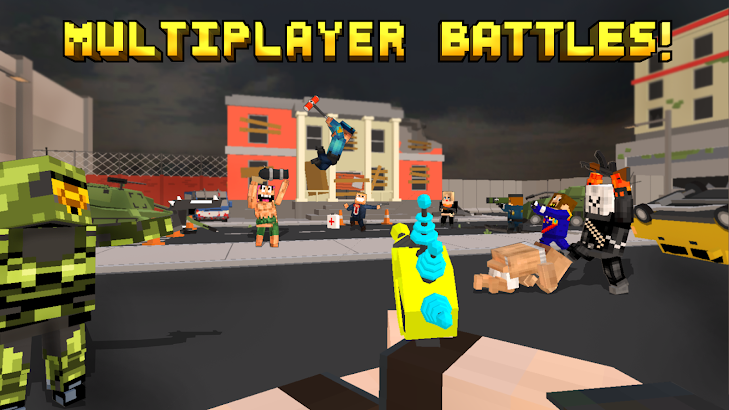 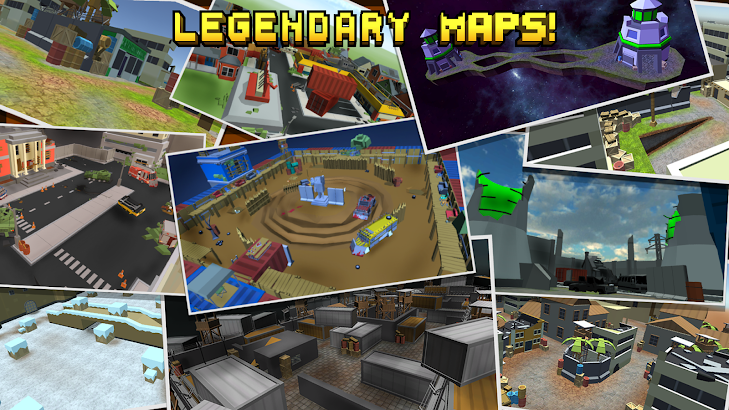 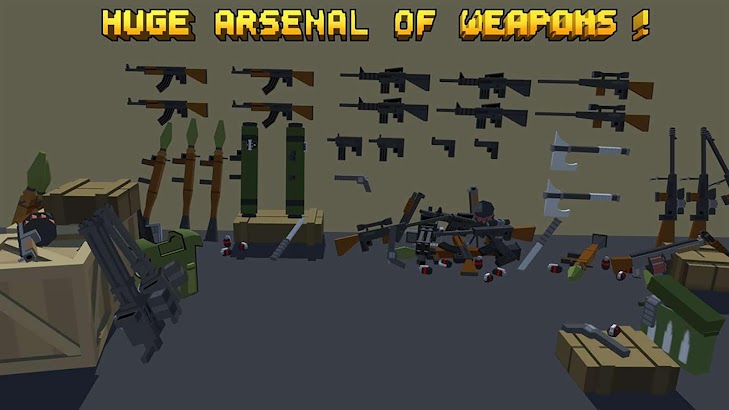 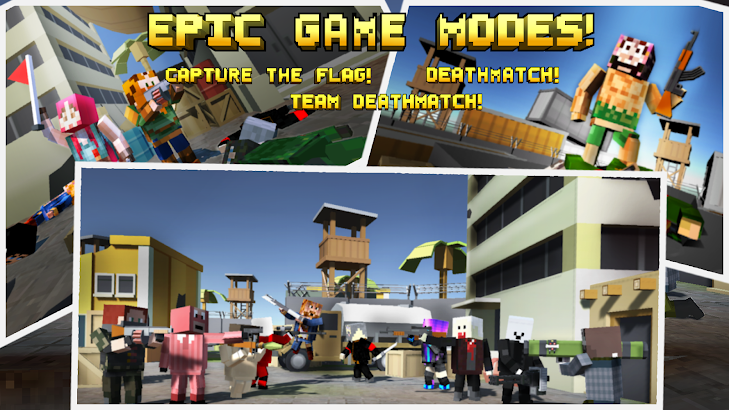 Try Pixel Fury: Multiplayer in 3D shooter where you can fight against players worldwide! In this FPS pocket edition you can use multiply block guns (from axes to sniper) and play with friends on awesome maps! Join with thousands of players around the world! Pick your weapon and start causing havoc and destruction in this battle thorn environment of Pixel Fury!

IN THIS FREE WORLD WIDE MULTIPLAYER YOU CAN:

+ Battle against friends with wide variety of guns including bazookas, mini gun, axes, shotguns, combat rifles, sniper, UZI, AK, RPG and many other!

+ Customize your character with VAST SELECTION OF DIFFERENT SKINS!

+ Play on AWESOME MULTIPLAYER MAPS IN 3D which are all UNLOCKED!

+ Cause HAVOC: Throw grenades, sniper the enemy, shoot with bazooka!

Soldier! You have to free your full fury and craft a bulletproof plan to survive in these wars of mass destruction. Which weapon are your going to pick for survival?
Different block guns have different abilities, would it be best to kill the enemy with a close up combat knife or craft a pistol for that? Sniper him from a distance or extinguish his survival using a bazooka?
Let me tell you this, in this modern shooter game, sniper is great for city maps and it is also a wonderful firearm in team deathmatches. While your cops team runs into the robbers hordes with block knifes, kalashnikovs blazing and RPG roaming, you can eliminate enemies in stealth mode.
Another wicked craft is to wait for the robbers to gather up in the city center and blast them away using a missile like weapon. Or you can use a close combat weapon in the fast paced city fights to take the robbers out from a short range. However, if you wish to enjoy great multiplayer action in the good old shooting games style, pick a colt commando or AK 47 and have fun shooting!

You have to constantly improve in this shooting game, the more wars you survive the stronger you get. After each match you will increase in experience, which allows you to craft new weapons n skins. Buy modern weapons & fps enhancers like armor, ammo and firepower to your guns. You can upgrade firearms to improve ammo capacity, accuracy and fire rate.

There are a lot of different skins in this pixel shooter, play as general, zombie, boy or cop! Pick your war skin wisely, some skins work well for night time maps, blending in with the battleground n increasing your chances of survival, some just look very cool!

You can blast the enemies on different worlds! There are fps maps which take place in a desert or city. You can shoot the robbers at night time in harbor container fields or during a snowy day in an open arena or even in space!

Be wise choosing the best shooting game mode for you! During deathmatch wars you can shoot all opponents. Get your best gun out n cause destruction. It is the survival of the fittest.
However, when trying team deathmatch, do your best to help your military commando! Give them support by using a missile weapon or jump into shooter action with a shotgun!
When you have chosen capture the flag mode you have to craft a clever plan. Find the right balance between defending your commando outpost while trying to capture the robbers base. One war tactic is to divide the block army. One great block commando will go behind the enemy lines, shooting everyone in the city, while the other commando will guard your flag in full honor!

The battle is yours! Experience a 3D war like never before! Cause immense havoc!
Wide variety of fire arms offer you best & awesome shooting experience for hours in this world of action.

Arisa Stewart October 21, 2017
This game is rly cool i even found some useful glitches nothing to freak over though still amqzind though keep up the good work guys!!!???

umyusuf abdullahi sheikh October 16, 2017
Love this! Game Plus give me mor coins and game

natalia martinez October 8, 2017
Its a cool game to play

Jacob Bass September 26, 2017
You should make it more like Pixel Guns 3D but I think it’s really good

Sergio Parra October 1, 2017
Its a ripoff of pixlgun3d

Elli Timothee September 24, 2017
On the next update I wish we can talk to friends like not in the game and we can friend other’s

JG Buenaflor September 14, 2017
Because when I bought a shotgun it jest took my money for 200 dollars

Rodney Shelton September 20, 2017
Good for what it is,would be Nice to get cpl more guns sooner….

UnknownSeptember 13, 2017
You could make a better version like pixel gun

Whitening September 9, 2017
I give you 5 fives stars because its a lite game and the thing I want in this game is to create your custom character skin.

swami nathan September 2, 2017
Awesome game… But the great dissapoinment is… Multiplayer battle with friends is not available…

Zenezekielcalejo Alejo September 2, 2017
It’s so cool and the control is vg