Can Santaro rescue the princess from the evil Onmyoji? 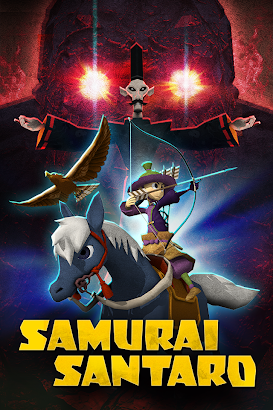 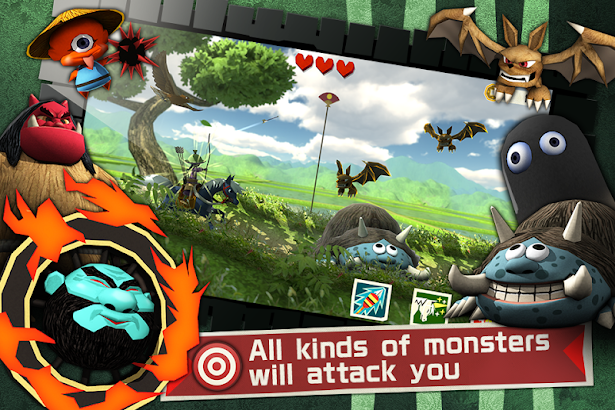 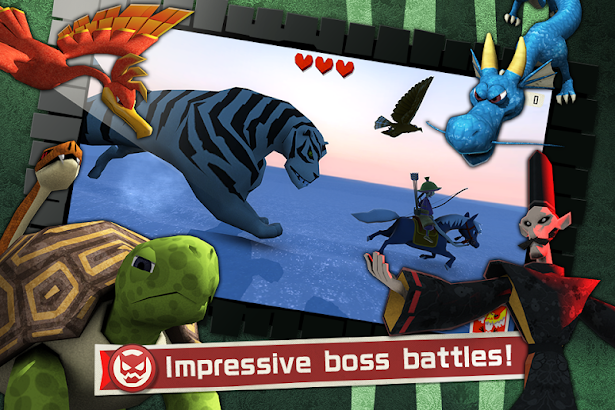 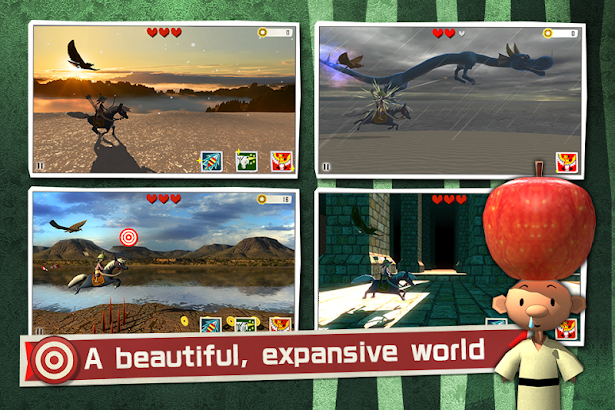 The traditional Japanese mounted archery “Yabusame” has been reborn as a major action game!

Play through the adventures of “legendary” child samurai Nasu Santaro, who arrows were said to be able to reach the moon even as a baby!

Gallop through a huge world trying to rescue the princess from the clutches of the evil Onmyoji!

In this new type of horizontal scrolling action game, tap to shoot an arrow, and flick to make your horse jump, aiming for the goal!

Using your device’s capabilities to its fullest, and with a system that allows single finger play, you can adventure through a huge world with its own special style and beautifully crafted graphics.

And did we mention the crazy boss battles?

A dragon running wild… Monster birds dancing through the sky… And an evil god sealed away… Can you escape certain death from the vicious evil that comes to attack you?

You’ll have a blast playing this major action game that goes beyond your average smart phone game; it’s the real deal!

*Explanation of Yabusame
This ceremonial art is part of Japan’s cultural heritage. While galloping on horseback, arrows are shot at targets. It is one of the primary disciplines for samurai.

*With the free version of “Samurai Santaro” ads will be displayed. Everything else is exactly the same.

Onaldo Ballesteros March 20, 2015
It’s an awesome game but one problem it lags way too much please fix it pronto cuz I enjoy playing n I’m playing on a galaxy tab 4 don’t think this game would lag on a tab if it can even play modern combat 5 with no problems

Gina Anderson November 7, 2015
But has a bit of stuttering which can be annoying, galaxy tab 4

He-Jin Kim July 13, 2016
So I purchased it to remove ads. Now all of a sudden adds are back… also all my progress is gone??? A refund would be the least!

Omar Shareef August 25, 2014
Great Concept ! One of its kind. Stunning graphics, good physics, fitting audio and a twist to a bit generic old folktale. All together, its fusion of fun time and a funky experience. Absolutely Stunning !!

Greg Morales June 9, 2014
thought it was gonna be easy and boring but it really fun

labib hossain January 24, 2015
This game keeps me buzzing on my s5 and also one of the best casuals of all time!

Robert Cheng January 15, 2015
Opened the game up and all my save data was gone.If it comes back I’ll change this back to 5 stars.

edwin elias June 7, 2014
Remind me of amaterasu on my ol ps2. Good concept and enjoyable. Might be playing it for the whole night

KP Tay October 1, 2015
Easy and addictive game. Wish there is daily or weekly bonus. Also the game will auto clear my score & restart to the beginning. It happened 4 times.

Reev Robledo November 4, 2014
I love this game…but it has crashed twice erasing my progress. I’m using a Zenfone 6, which more than exceeds the system requirements. Please update. ?

Theodore Chriss September 26, 2015
Great game, great graphics, great everything to distract me while my wife is nagging.

Alpha Madhu May 17, 2014
Loving the game so far. Good graphics and solid gameplay.

Khalid Hashmi January 20, 2017
The artstyle and sounddesign is beautiful. And its really easy to pick up. Good mobile game, worth a shot

Mayuk roy October 28, 2014
Very simple to play but hard to master. Awesome game and a real joy to pass the time with this samurai.

Todd Tomko May 23, 2014
So fun and addicting easy to get coins fun to play

D Flat Minor January 5, 2016
Not much of a phone game player, but this is an excellent game!

Scott Abramczyk May 29, 2014
Heard about this game on the podcast “Android App Addicts”. It is simple , fun and pretty to look at.

John Wo November 11, 2014
The best part are the boss battles and the last boss is amazing hard but amazing.

Eugene Onuoha December 1, 2014
So far this game has been awesome from graphics to gameplay. Kudos to the developers

Zaiman Lin August 9, 2014
The game is cool and really so fun, it really worth my time