Use your sniper skills to destroy the highway traffic

First at all; the ads, are way too many. Second at all, i won’t allow to any kid under 18 to play this. Shooting random cars on a highway doesn’t make a game. It gives a wrong sense of gaming. This game shouldn’t keep developing; or need to have boundaries. 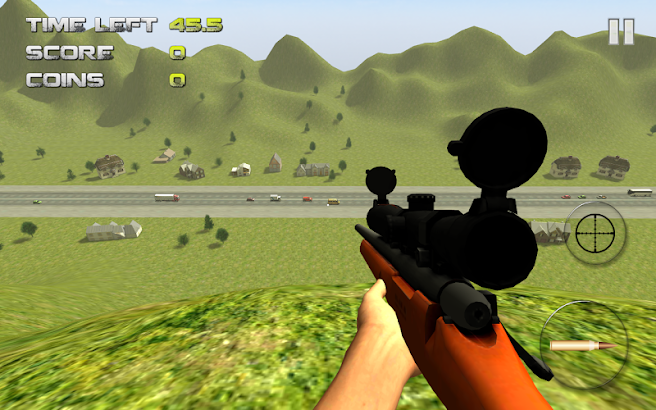 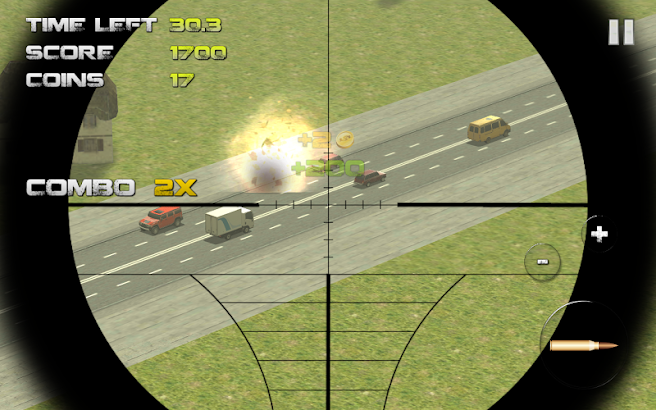 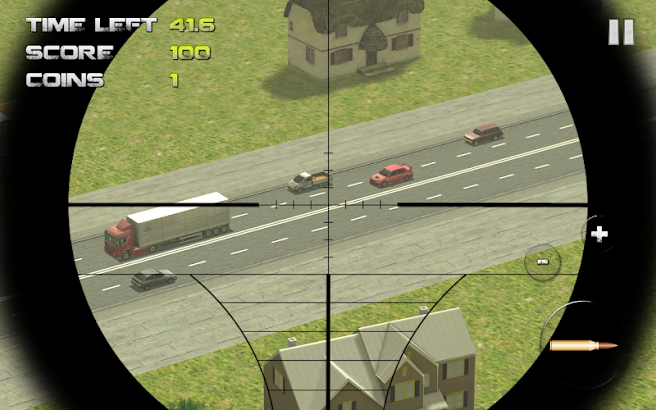 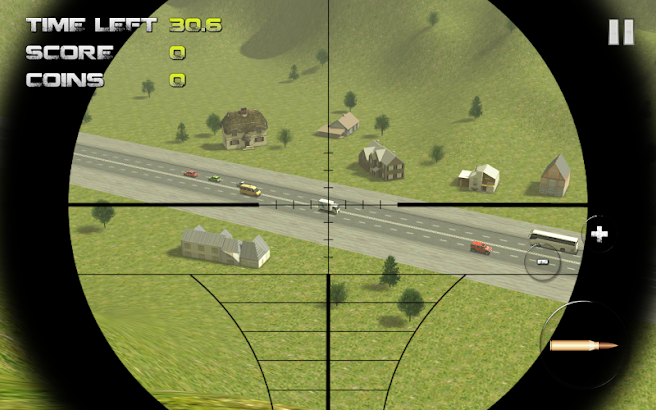 Do you have the sniper skills to destroy the traffic cars on highway? Sniper Traffic Hunter gives you the opportunity to kill the cars on highway using your sniper weapon. You can even buy a semi-auto sniper to increase your fire rate.
Hold your breath and fire your weapon to destroy as much traffic cars as you can. Enjoy the #1 most modern first person sniper shooter game in the universe.

How to play:
Target or aim your sniper gun either by tilting your device or touching the screen to take down any traffic car you want. You have 100 seconds to take down as much cars as possible.

Hector Arias February 15, 2017
First at all; the ads, are way too many. Second at all, i won’t allow to any kid under 18 to play this. Shooting random cars on a highway doesn’t make a game. It gives a wrong sense of gaming. This game shouldn’t keep developing; or need to have boundaries.

Kevin April 15, 2017
What a POS this pathetic excuse for a game is. First, bad example for children. That aside. 1 shot blowing an 18 wheeler to bits. No realism what so ever. Don’t waste your time.

Toxic Tuber April 12, 2017
The game is gust a load of poo its so hard to get coins and you only get 1 minute!I WOULD NOT RECOMMEND IT.

Neil Grant December 31, 2016
I know that developers need a income but this game has way too many ad’s you can’t finish a level without bombarding you with invites to download apps or advertising!!!!! Don’t bother definitely uninstalled!!!!

Anthony P. December 16, 2016
This is no GTA-style sandbox that lets you do anything, the whole point of this game is to score points by shooting at civilian traffic. Honestly surprised that Google lets this app exist on their market. Additionally, this app is riddled with ads and frankly sucks.

Chuck Rice November 27, 2016
Its OK but the scope is to carefully acurate for some one who has never used one other wise a good way to take out some stress and I started playing these things when you had to go to the video game place back in the 1970’s so I have seen them evolve.

michael fish November 7, 2016
This game plays the same scene over and over. Theres no point to the game at all. Deleted 5 minutes after playing

Raghunathan S July 28, 2017
The thing is that the time gets over so fast and i get only 30 seconds to shut down some vehicles.The heck game

Lucy Swallow November 4, 2016
Download speed is good and the game looks like it’s worth my time but if you are looking at downloading truck racer then don’t as it glitches a hell of a lot apart from that good stuff:-):-):-):-).

Michael Morrison April 6, 2017
Couldn’t do anything, game is totally corrupt!!! Just stripes across the screen! Waste of time and DATA!!!!!! 0 Stars actually!!!!!

UnknownDecember 18, 2016
It is really really bad non-stop same scene every time.deleted after 36 seconds

Captain Deadpool November 20, 2016
1 hit on a vehicle and it explodes. Same scene over and over, no skill required. Deleted

Jerry Rasmussen March 31, 2017
Very unrealistic.You get 15 seconds of gameplay then u have tp purchase it to continue

Zan Jam July 10, 2017
It’s a piece of garbage.by theway I have noticed that the game is based on terrists .

Kirti Pahade January 25, 2017
Its toooo boring and children will also not prefer to play it

Michael Doherty September 5, 2017
Too many ads and slow when I push the fire. Unistalling.

UnknownApril 13, 2017
This is a good game but the texture and realistic features are trash it was a pretty terrible gameplay waste of time and data

cruz diva karan December 10, 2016
I don’t like this it’s not interesting the game

Nazimkhan Khan November 30, 2016
I don’t like it but it’s amazing game and interesting game

Erin Thrasher September 10, 2017
Popping up out of the woodworks here comes the sniper!!

faze funk October 8, 2017
That is the worst game I ever played in my life

Pratham Sahani February 19, 2017
Nothing it is good time pass for kids

Thembinkosi Shakq Ever December 17, 2016
I like ithy pretty amazing game

UnknownDecember 26, 2016
SUCKS!!! Lasted about five minutes with all the adds and hard to control.