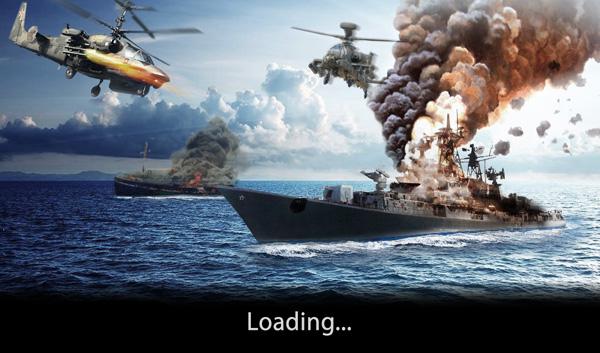 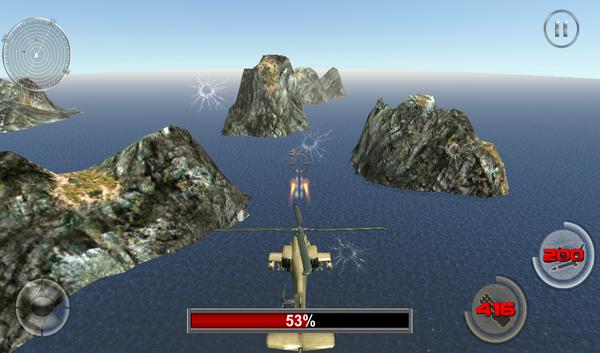 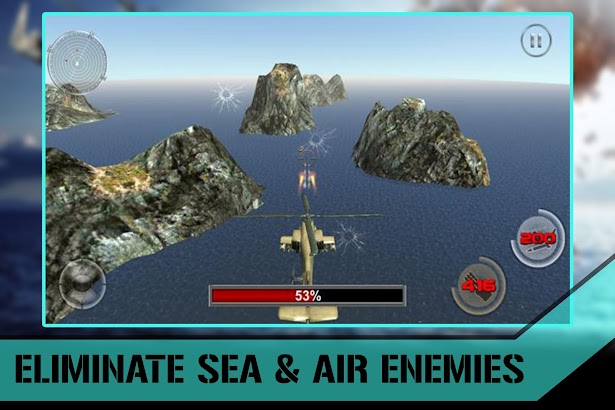 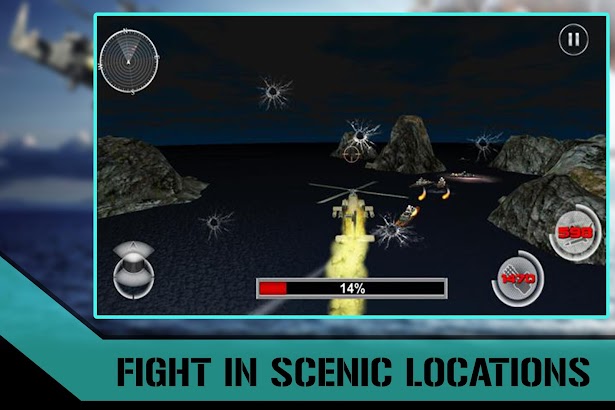 You are in a state of a gunship war, enemy is at the gates it’s an ultimate naval warfare with fleets of enemies firing missiles at you. Up above the deep seas a gunship battle has to be fought by experiencing a stealth helicopter adventure. You are a lone wolf surrounded by fleets of enemy, turn your enemy into pieces by your single missile command.

Your stealth helicopter is equipped with weapons and armory to show down enemy battleships. It’s an ultimate air combat and a gunship war between you and enemy fleets. You are required to provide a careful missile command to win this naval battle. Do not let yourself carried away performing stealth helicopter adventures your sole duty is to destroy enemy battleships in this gunship war otherwise you will be failed.

In this naval warfare enemy ships may try to hide behind chunks of land in deep seas track them down with you precise missile command and unleash hell on your enemy with an air combat.

Use the on screen controls to navigate the stealth helicopter forwards, backwards and strafe sideways. Gyroscopic features will allow to rotate the helicopter through tilting the device.
Track enemy battleships through radar system and use primary and secondary weapons to your advantage. Machine gun inflicts higher damage to the ships, whereas tracking missiles can take down enemies from long range by following the tracking path.

If you like Helicopter Gunship War then do visit the following link for more exciting 3D action, racing, parking and simulation games:
https://play.google.com/store/apps/developer?id=3Dee+Space

You can write us for any improvements or suggestions on our Email ID as we value your feedback.

Ibrahim Nahleh November 4, 2016
Nice game but it have very bad controlled and it if have good controlled it be nice

Daminda Munaweera October 6, 2016
It’s good to time pas when you are waiting for

Eddie Miner April 5, 2015
Great graphics.Like someone said it needs a healing station or something.Because when your health meter goes down but never up why continue the battle?I am on level two only,and I am finding it too difficult too soon.I like that it loads fast.But most of the time it begs me to buy some game from the play store called Game Of Throans,or something like that.I will never play that game just for that reason.And why is that the only app that comes up?!

Masanga Chinzah April 7, 2015
I wonder that enemies shot me in exact point i mean evenif i moved to miss the shot of enemy bullets ,they shot me in right point anyway ,moving or prevent/hinder from enemy bullets are futilethat they din’t miss us ,so gave it 2 star ..

Thu Nguyen van July 15, 2015
Good game, but the campaign is relatively short, i completed them in less than 30 mins. The trick is to take the boats out from a distance

Andrew Arzberger June 2, 2015
Terribleapp you can’t aim and you can only move around you always die never get this app

Michael Alexander October 22, 2015
Thr Aim Is Correct You Have To Back Up To Aim At Target

Jason Ely January 31, 2015
This good game great but it needs a base so heal your chopper up and load up on more weapons

Lee Yu Ke June 23, 2015
This game is cool! Just needs a healing station and will be perfect.

din othman February 2, 2015
Its a good game. It needs more level of combat scenarios to make it more interesting.

Bernard Brookes May 21, 2015
Controls not responsive enough to compete with speed of opposition

farooq langove April 3, 2015
But the helli is so slow plz increase its speed

MELANIE WILLIAMS January 31, 2015
Awesome game my cousins made it

The King of Kung Fu Fighting