The game was just a complete waste of my data. no matter what the game wouldn’t load and I was not even able to play a single level. The game totally sucks? 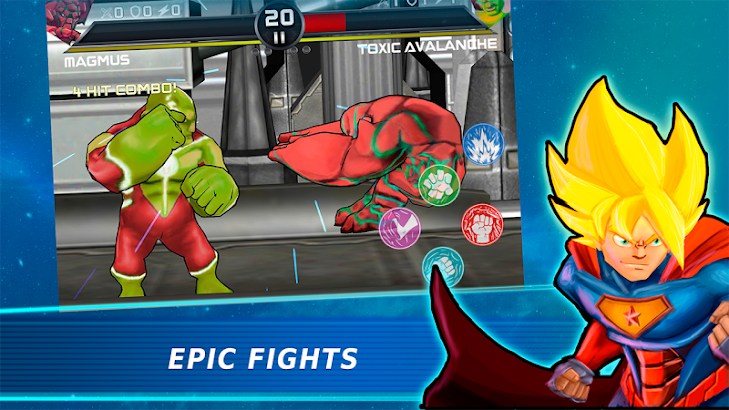 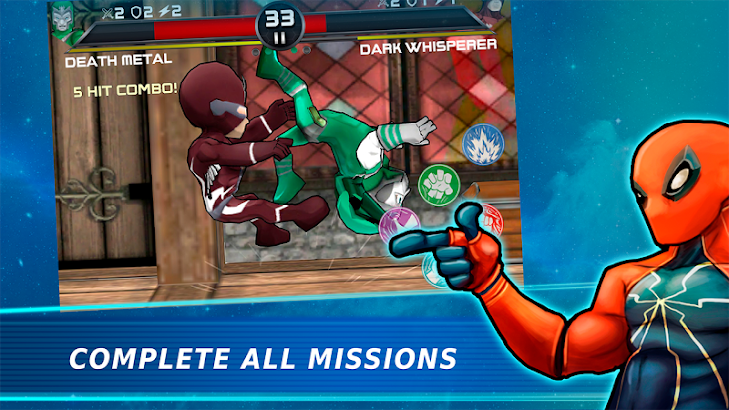 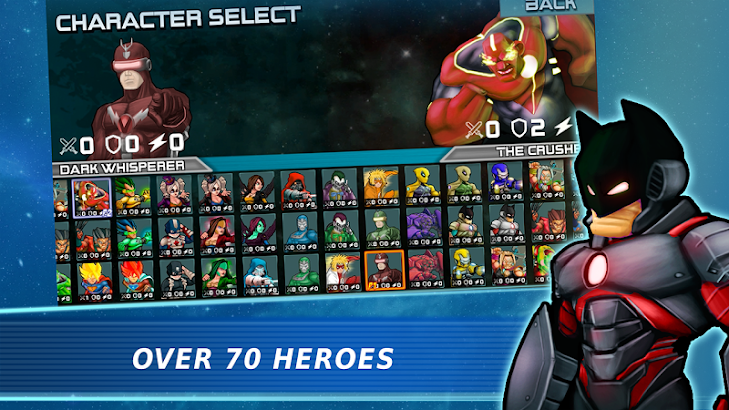 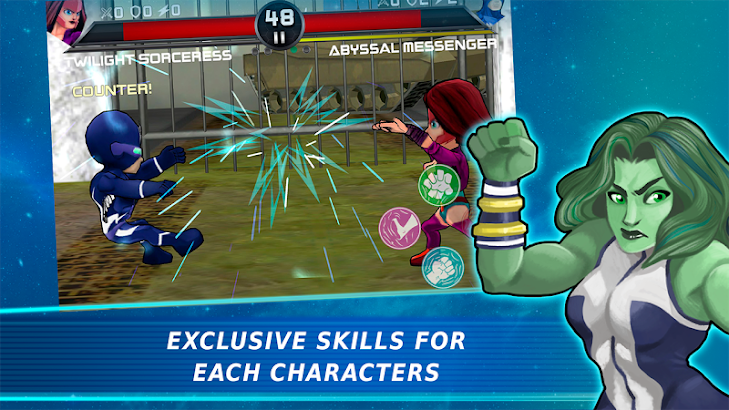 Live like a Legend and fight like a Superhero In Super Heroes 3 free fighting game, you can enjoy all the disciplines of street fighting, compete against masters of kung fu, mma, karate, wrestling, ninja, boxing and other types of martial arts.

Choose your favourite Super Hero and Fight with amazing villains, save humanity from the shadows of evil, enjoy an epic battle in a mortal fight which you can choose from more than 76 heroes totally FREE! Unlock cards and get your new heroes collect a new fighters to play.

Use the final strikes and win the combat with a KO, perform flying kicks, boxing punch and all mma fighting skills.

Prove that you can defeat the forces of the shadows in a spectacular mortal battle in which you must demonstrate with different punches of boxing, a direct punch to your weak point or a flying kick, when you have recharged your energy, you can give the ultimate blow that will end With your rival and get to be street fight champion beating dark villains

If you like the street fighting games, you should download free Superheros 3 Free Fighting Games, you can fight with a lot of Superheroes to save the world.

Play all the days of your life to Superheroes 3 Free Fighting Game, as it is a free game, as this game funded through advertisements inside and integrated purchases for faster progress.

Note that Superheroes 3 Free Fighting Game, represents a fictional universe and is not affiliated with any real wrestling promotions or brands.

Jerry Ben September 22, 2017
The game was just a complete waste of my data. no matter what the game wouldn’t load and I was not even able to play a single level. The game totally sucks?

UnknownOctober 6, 2017
I really do like it but the problem is there are to many ads when you win a battle other wise everything is fine a awesome

Ajith Spano October 1, 2017
Cant even load the game, I waited like half an hour for the game to load , they just made the youtube video just to make people see those adds, Why would it even be in play store if we cant even play it ,

Jonathan Osorio September 22, 2017
It is so silly because they just makeup weird names

Timothy Barrett September 30, 2017
I think it’s a really and awesome offline game ever if you could put training

UnknownSeptember 30, 2017
This game is awesome? ! For some reason it makes me wiggle my toes

Athan Burnett September 23, 2017
The game is awesome but to difficult but I don’t like two

miriam Ivy October 14, 2017
Its amazing!Too many ads but its worth it! You people need to get obsidian!He has good graphics!

UnknownSeptember 23, 2017
this is very cool who ever made this game has very good taste

vanduh hmung September 30, 2017
Its fun and i like all dead pools

UnknownOctober 13, 2017
Its all right not the best but not the Worst

Zacchaeus Lewis October 16, 2017
I keep the game and downloading it back because I deleted every time

Manuel Palma October 13, 2017
It only stays in the Loading screen

UnknownOctober 15, 2017
Smoke a wood in the woods on some wood

ETD Wrestling October 13, 2017
I like this game, its really fun!
Tags
Altivasoft