Put all of your anti-aircraft action potential. Its wartime. Action free game. 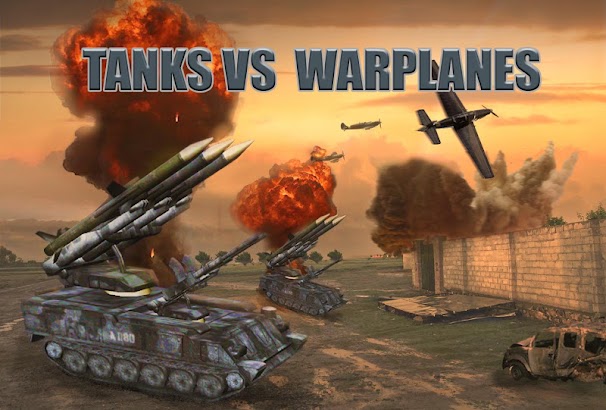 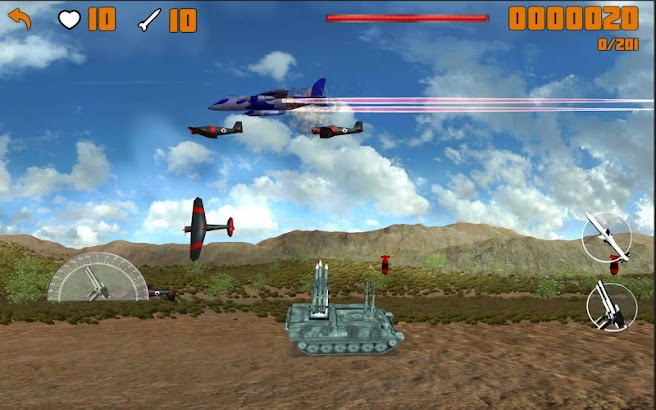 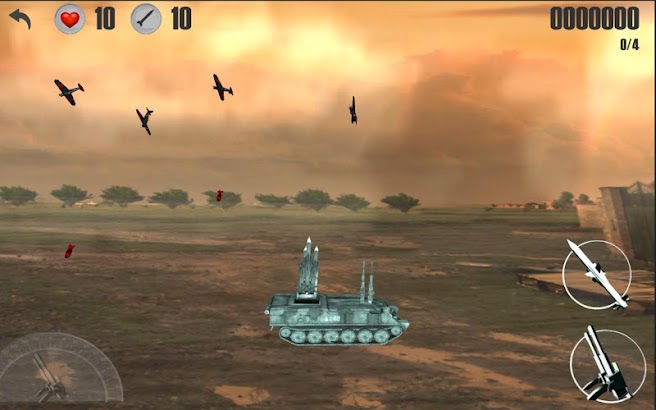 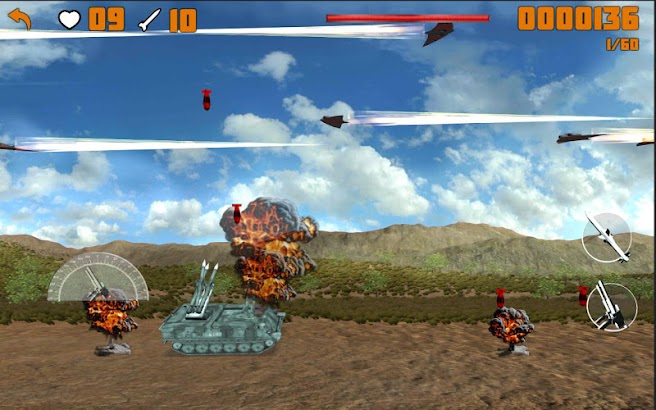 MORE THAN 2 MILLION OF DOWNLOADS!!!!

You’re the only tank that continues operative BV3 company. A lot of divisions of enemy war planes approaching from the east at high speed.
The land is ready to begin the battle. You are at the gates of the old foundry was converted in hospital since the beginning of the war.

Your mission is to defend the position and contain the waves of enemies waiting for reinforcements attacks. You can not allow the hospital is destroyed. It is full of helpless people.

Your tank is fully equipped with a system of buck anti-aircraft missiles and a machine gun.

You know that your destruction is close but you have to endure as long as possible. A second can change history.

An arcade and action game without limits. Free.

In this an Action game, in each final battle you will face an enemy officer. Pilots awarded by their army. Conquering all is the only way to win the war.

War: Tanks vs Warplanes is a war free strategy game with more than 15 kinds of different aircrafts. Each round is more difficult than the previous one and so endless way.

Go up in rank throughout the war:

Tanks vs Warplanes. A sky combat and a lot of fire on the battlefield. A free game up to World Of Aircraft or Bomber Planes Of WW2.

This is one of the free war games of Melocotonwars. Tanks, submarines, helicopters, warplanes, fighters… you have battles of all war machines you want in our free war games series.

UnknownSeptember 19, 2017
Very very boring Graphics have a lot to be desired

UnknownSeptember 2, 2017
This game is good but need more improvement. ???

Amrta Patil March 21, 2017
Very PrimitiveDo not like it at all

UnknownFebruary 28, 2017
Extremely fun to play, especially for killing time. Love it and recommend it.

Ambika Jogania December 29, 2016
Awesome guys I did not download it 1 hour before,and trust me I am on 8th level.Very easy game

Vijay Purohit December 3, 2016
I like this game
Tags
Melocoton Wars