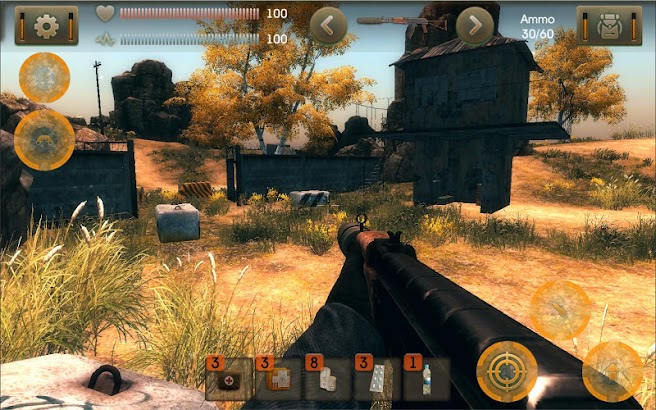 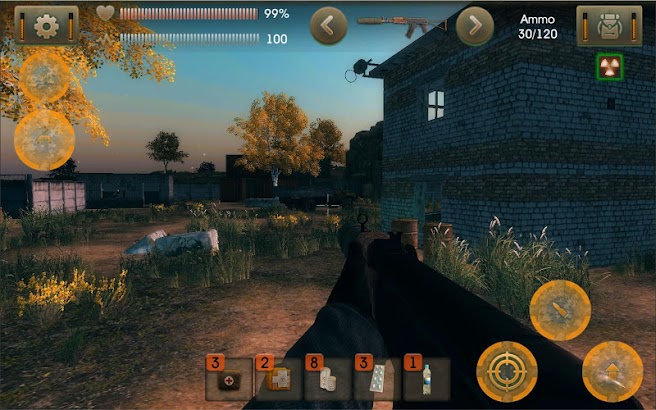 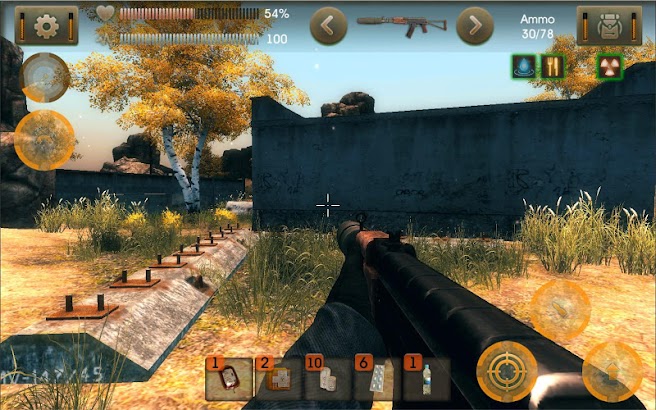 In 2050, the sun emitted an extreme amount of energy into the space, plunging our planet into chaos for centuries.

It was predicted by many. Astrologists, extrasensory experts, top scientists, astronomers world level symposiums, forums and conferences all around the world were trying to be heard by the governments which bogged down in world redistribution.

No, they didn’t believe, but putting off problem to the back burner, they tried to ignore to the symptoms and signs up to the moment when became too late.
After the emission, a large amount of radioactive particles were thrown into space, which eventually found the Earth to equalize bad and good, rich and poor, military enemies, friends and opponents. Small amounts of people survived, the people who were prepared and listened the warnings of the scientists.

Vigilant survivors had hidden in the bunkers built in case of nuclear war. On the surface, radioactive death was collecting it’s harvest, killing, changing and redesigning the world.

Chaos and hunger become the norm on Earth. Food and water became the most valuable things in the world.

Those who returned to the surface were restoring agriculture, creating new societies and new laws of life.

In the one of such societies the Raven was born and grown up.

FD GHOST SPECTRA October 20, 2017
Damnit, where that night beast? I’m gonna kill it but until now I can’t even find it! Could you tell me where is it?One more thing remember a guy who ask you to find toxic syringe? He’s dead and can’t even come back please fix this I’m played this game for 2 weeks killing mutants but until now I can’t even finish this 2 task (mission) Please man,fix this because this is one of a best game I’m ever played on play store10/10 ~FD SPECTRA

Developer AGaming+ October 20, 2017 The night beast can be found in random encounters. Did you try it?

Jose Ramon Joaquin Buyco October 22, 2017
Hi AGaming+ I really love this game. I played this game almost 9 months or sinced the first update of this game. I am a huge fan of this game. I rate games seldom so my issue is, the forester. Yes the forester, i can find the FORESTER MAP in the random encounters but i can’t find him. I completed all missions almost all many times. But there’s the problem sometimes. Forester don’t appear in the game, i know that you already fix this issue in the last update but i dont know if this did’nt work. I think its just a bug or something so if you can fix this issue in the next update please please i will really love it. Thank you AGaming+ please response.

Germama1 October 23, 2017
Awesome game, had it for some time now, and it’s just been awesome. The only thing I would add is support for controllers.

Tyler Smith October 20, 2017
The game is exellent and i am glad i saw this great game i really enjoy playing it.I also like to see rod in the full version of the game.

D Castro October 20, 2017
The most impossible game ever. Controls are slippery like ice. Snuck up on a guy, fired 3 shots into him, he turned and blasted my face off. It’s not a hit detection thing, the enemies are just insane. Like this game is made for kb/m. For that reason I have no clue about gameplay, my 5 games lasted about 40 seconds each. Not fun, might be one day.

Benj Redondua October 18, 2017
Finally i finished this BETA VERSION can you add Rob in full version i cant wait…???

Rafil Moehamad Alif October 19, 2017
The game had potential. Hope it will be final soon

Stephen Cabantugan October 23, 2017
what’s the code for the door?

Freek Smith October 23, 2017
This game is very awesome and fun

Christopher ma October 16, 2017
It looked nice from pictures, reminds me of stalker games ,unfortunately extremely buggy as stated in Game and did not load on my second play session, will uninstall until they make It playable.

franco dela cruz October 17, 2017
Where’s forester i cant see him even at night

Rob Eldredge October 15, 2017
Please put in a hunger and thirst meeter and make it more challenging so it could be an awesome survival game thanks

jackhell xiong October 14, 2017
It would be great if there was multiplayer In this

Baltic Techmas October 12, 2017
Did someone play S.T.A.L.K.E.R.? now they made it on Android and it’s crazy. Beta version is amazing. Молодцы )) жду полной версии.

Diana Subero October 13, 2017
If you guys add multiplayer that will be amazing but people might try to kill you to get your stuff and also if you could get A.I. to follow and help you to do missions and if injured, you could heal them ans they could heal you

UnknownOctober 23, 2017
It will be december 16 but i want the full version free but i don’t think your ganna agree

Developer AGaming+ October 20, 2017 What is the date of your birthday?

yoyodrago October 13, 2017
Reminds me of fallout just wish it was more open world but i like it the way it is

classy gaming October 9, 2017
Can’t wait for the alpha to come out ima get it right away

Sherwin Rabino October 14, 2017
I like it beacase um its cool

Jahred Monroe October 5, 2017
This is an overall great game with a lot of potential. However, it is very hard. The enemies are very tough, and the merchants sell stuff so high priced that you can’t buy it, and your stuff is so high priced they can’t buy anything from you.

Odane Brown October 5, 2017
Really took me back to ‘Fall Out’…i just had a difficulty figuring out what the story line and finding my quests. Also a minimap or compass would help. Lastly, for a 5 star rating, an introductory mission to get orientated to the controls and pull you into the story would be great. All in all, it’s still an amazing game ??

JDC 74 October 2, 2017
The controls are so sensitive even after I changed the sensitivity. I can’t even see. When you turn its blurry. Game would be great otherwise

Thiery Agnesia September 30, 2017
EDIT: Well this game is better now, maybe. Just Like Before I’m Reporting xD. Well, after I updating this game the I play for a minute, this game became a lag, Please Fix It. Is my English grammar is bad? Sorry. I’m Indonesian Player

DJ MurderWolf October 9, 2017
Ok 1st. The forestor is no where, gone completely. And 2, the first mission “to find the missing crew” is gone. I ask if I can help and the man at blockpost says that he doesn’t need help. That means a whole map has been cut away, and no forestor either. I’d give 5 stars if it was fixed

Clayton Kirchmar September 24, 2017
If yall could make the monsters easier to kill as well as the people and make it where realisticall you can sneak and kill them without using a whole clip it would be way better

michael greenacre September 21, 2017
Since the last update im unable to acsess any of my invantory and unable to change my gun

Noman Khan Momand October 9, 2017
I love this game. The best survival game with buidfull graphics the enemies are I. The west platha in gamebut it’s so hard game

Antaeus Kerr September 29, 2017
It’s a hidden gem ?need a understandable walkthrough as I’mstuck on how to find the night beast ATM.

Alejandro Polanco September 20, 2017
This game is amazing!But a tutorial could be really usefull.