Bash and Crash! The #1 Car Smash Derby on Mobile Awaits!! 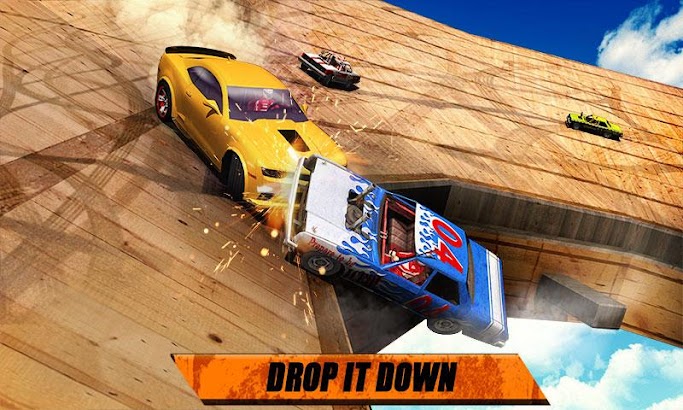 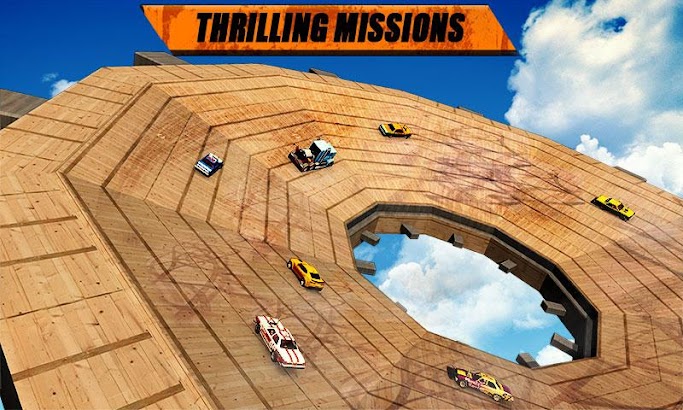 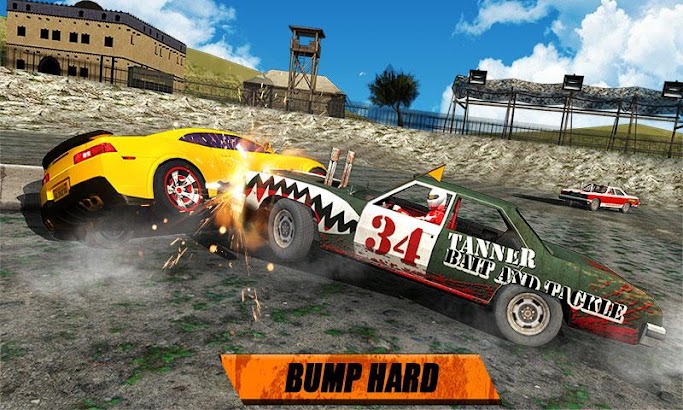 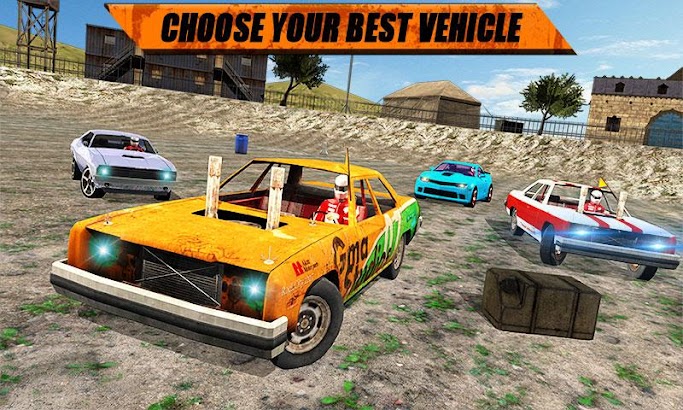 Drag & Drop Your Foes!
In this unique demolition derby game, race on a rotating whirlpool-like stage and attempt to smash your opponents to pieces. The sky is ready to swallow your vehicle in this unique adrenaline-inducing experience. Race laps around the arena, and try to push other cars over the edge! Go BANANAS! Can you survive this competitive take on demolition derby? Tackle crazy challenges in this survival of the fittest test. Don’t be the one to fall into the abyss! Your mission: create chaos and be the last vehicle standing on the track. Choose the strongest tires, the sturdiest hood, and the fastest engine. Cruise in style. Pick wisely and get ready to SMASH and SPEED to emerge victorious!

UnknownMarch 27, 2017
It sucks big ballsAnd i rated 5on everything beauce I did not want the creator of the game to feel bad

Horsley Snipes March 10, 2017
It’s a really fun game, but that one ad is very annoying. Popping up after every round.

Corbyn Young March 14, 2017
It’s really good but one thing the wherlpool is hard to move around in so if you culd smoothen it out that would be great.

Seth Richardson February 6, 2017
I hate how when you try to drive it doesn’t work. The rest is OK.

Christopher Hensley February 26, 2017
Need to fix the controls the gas keeps going out on me

marki themoomoo February 17, 2017
The games starts to lag and crashes my phone

Nitin Kumar March 24, 2017
Graphics is not that good and it’s not so realistic to play

Henry Calderon March 5, 2017
Best car crash game ever but, it has too many ads?

UnknownMarch 15, 2017
It is good but the cars selection is not so much

Saksham Midha January 24, 2017
HAPPY birthday to make light of a 3 minute walk away with

Jonathan Michael February 28, 2017
Stupid I only rated five stars for a car

UnknownJune 26, 2017
The grapics the car and the map is awsome but the controls ar terrible

Humberto De Leon February 12, 2017
Controls could be a little better, but fun overall

thatavarthi sudheer February 21, 2017
Nice cool and exiting game with no purchases and adds

Anita Mehra March 14, 2017
don’t play i tSuper duper booooooring at first its interesting after its boring

supreme gamer boy March 11, 2017
it’s good but it should be more realistic

Christopher Lockhart July 19, 2017
I love it because it let’s you into a world of cars crashing each other.

Aiden Alder August 18, 2017
This game gets out my anger problems

warid khan February 10, 2017
So boring and graphics are ridiculous

UnknownApril 16, 2017
Bro this game is awesome even my brother has it keep it up

Alec Mcmullan February 11, 2017
It relly good because I liked cars

Poison Card March 11, 2017
This game is really fun but u guys should just lower down the adds

M Thornhill February 7, 2017
The reason why I love the game is the destruction and thegraficks

Dan the game breaker February 27, 2017
I think it is a good game but it needs more work on it

mathew camarillo March 10, 2017
I love the game it was a good idea to make it