Good, could be WAAAYYY BETTER For starters, they should not put the shooting control on the aim pad, secondly how come you cannot free look, the fact you cannot do that makes the game more like routine, but its fun so thats all that matters. 4 zombie heads is my rating 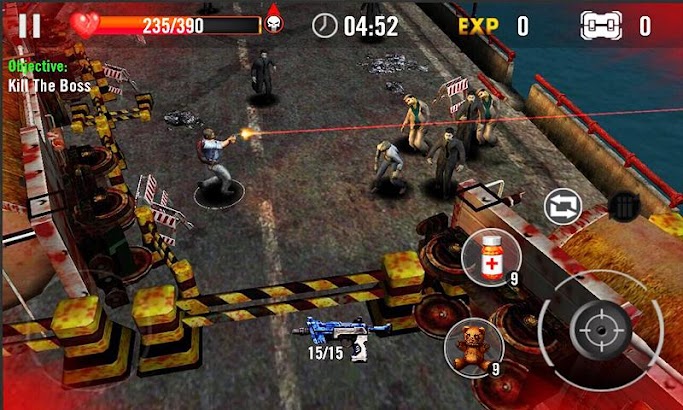 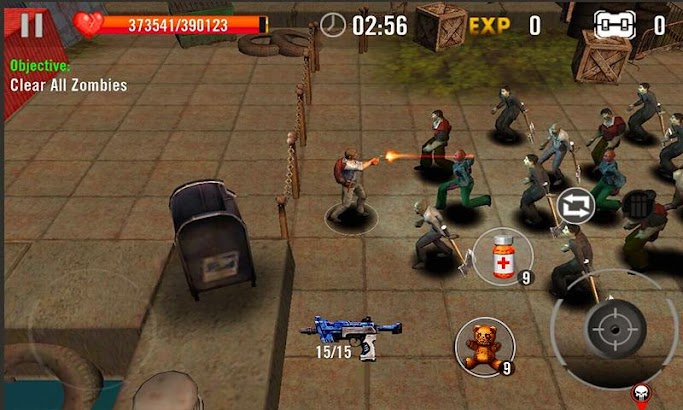 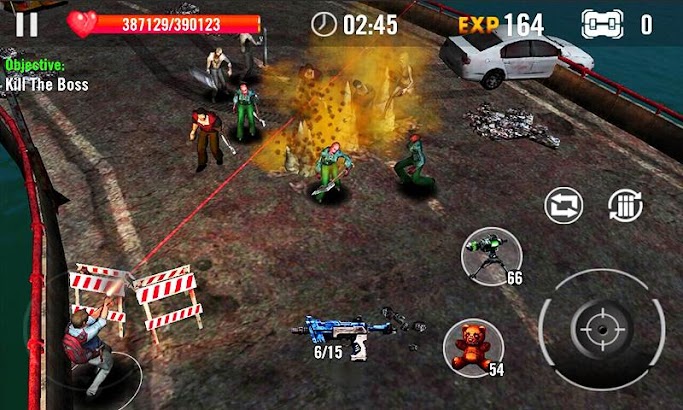 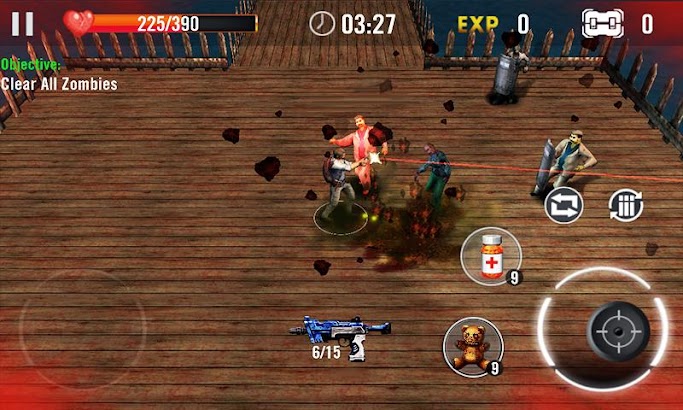 In 2150 the frontier has finally fallen and zombies transformed by T virus have invaded every corner of the world. As the lone survivor of a zombie apocalypse, it’s up to you to battle legions of the undead in a never ending battle for survival!

v1.0.4: Made the levels a little bit easier to pass. Thanks.

Frank Savoie August 27, 2016
For starters, they should not put the shooting control on the aim pad, secondly how come you cannot free look, the fact you cannot do that makes the game more like routine, but its fun so thats all that matters. 4 zombie heads is my rating

Pintuz Inane December 11, 2016
This game only shoot and walking. You can’t buy weapon or anything. Im just bought a dollar to paid. But all useless.. you can’t buy any equipment. The zombie movement is faster than you character. No game sound, worst gameplay control. Don’t waste your time to download it!! Don’t read anyone good respon. They are fake reviewer!! You’ll regret it!

WinstonSmith911 September 21, 2016
Unless you have a new phone this game has heavy lag.I enjoyed this game, but I cannot beat mission #39 no matter what I do, so I’m uninstalling it. Maybe after I upgrade to a newer phone it will be more fun.

Abu Fadhil June 14, 2016
Why did you put aiming and moving in one button?? We can’t shoot precisely and we can’t shoot while moving backward with button like that. How about making the firing auto and replace the fire button with move button? And please allow us to aim by directly tap the spot on screen where we want to shoot.

Ramiro Limon b. August 16, 2016
Smoth controls, ammunition are infinite the weapons and the zombies match all together to make this game a great and one of a kind.The story and every single level contain action and alots of zombies to have fun with so if you are a fan, of zombies this game is for you.

Lucy singh September 20, 2016
Good game I find it addictive I’ve completed all 40 levels will there be any more, the controls could be better. Rated 4 stars cos not many levels plz make more Thanx

vuyisile kunene July 17, 2016
De game is good but it wud b gr8 if only u cud fix de shooting handles, i wana b able 2 aim straight nd shoot properly

D. Geo August 11, 2016
Simple grapdhics with poor controls.If your looking for a sight on, squeeze the trigger type shooter this is not it. This game will captivate the interests of ages 6 to 10.

Kaaba Akbar June 21, 2016
Hopefully, the controls are fixed.I do not want to uninstall.

Mary Shyfel August 25, 2016
When I am playing misson 3 its force closing

UnknownOctober 4, 2017
The aiming you really have to adjust to but that’s also what I did like yet it’s like the game needs to be bigger lmao but first mission down an on to the second………

Melvin Burwell May 1, 2017
Just completed first mission. Hard to aim gun for me.

David tabarez-cisneros July 16, 2016
This is the easiest game ever. It is too easy.

mallikarjuna gudluru October 7, 2017
It is a very interesting game I liked this game download and you also will also like this game