The ads make you big money, but sometimes they freeze the game and you lose all progress in the current dungeon. Thats pretty game breaking. If when I relaunched the app I was back in the dungeon it would be fine, but thats not the case. Also achievements are broken and dont unlock if you already have them. Some dont unlock period.Also Elizabeth’s amazing breasts are worth playing this game alone lmfao. 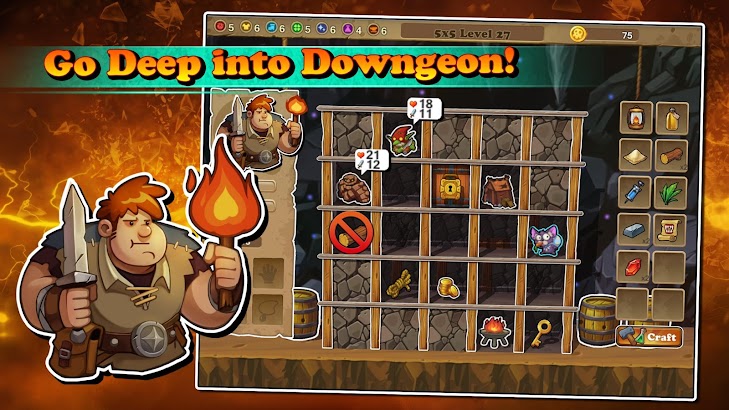 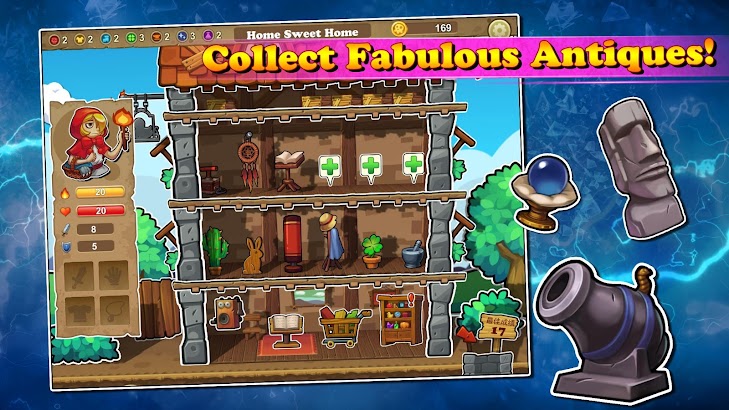 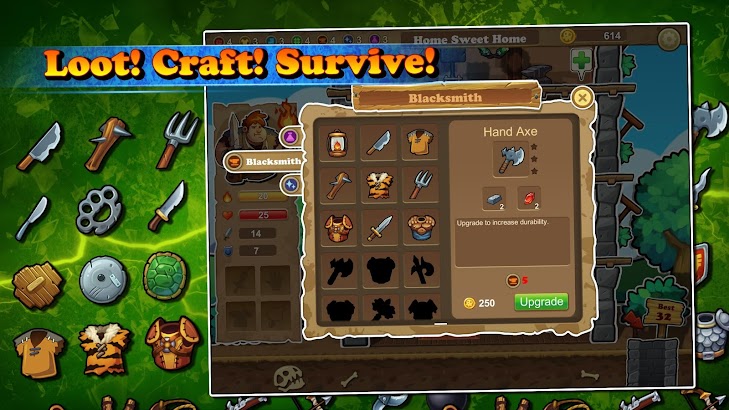 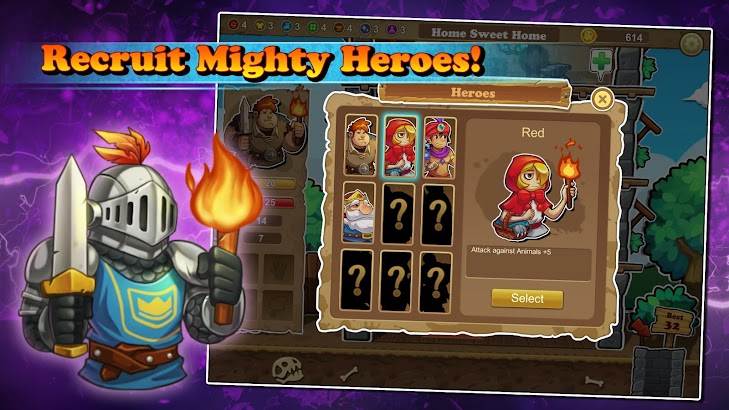 Downgeon Quest now brings you the unique rogue-like experience! Dumholf needs your help to battle and craft his way through the depths of a dungeon, collecting recipes and artifacts to increase the power, and find new heroes to delve ever deeper underground!

Key Features:
-Tons of Items to Craft: collect components and craft useful items as you journey deeper into the dark! Upgrade the recipes to make them even stronger!
-Fabulous Artifacts: collect and showcase unique artifacts in their mansion, increasing your stats permanently and allowing to go even deeper into the dungeon!
-Challenging Enemies: use your wits to attack or avoid powerful enemies in the crypts! One wrong move could spell your doom!
-Keep Your Lantern Lit: you have to carefully marshal this item to make sure the lantern doesn’t go out deep underground!
-Meet new friends: find out the mysterious story behind each hero, use their power to conquer the Downgeon!

Brandon Cater September 3, 2017
The ads make you big money, but sometimes they freeze the game and you lose all progress in the current dungeon. Thats pretty game breaking. If when I relaunched the app I was back in the dungeon it would be fine, but thats not the case. Also achievements are broken and dont unlock if you already have them. Some dont unlock period.Also Elizabeth’s amazing breasts are worth playing this game alone lmfao.

Army of the Scarlet Dusk News September 16, 2017
It’s a good game,but it crashes a lot, and it’svery annoying knowing half an hour worth of playing this went down the drain due to a crash.

Chuck Wood September 11, 2017
My only complaint is that the text is slow and the framerate seems to slow slightly on occasion. Other than that: solid game.

Gabe A October 18, 2017
This game is not ready. I selected “wait” instead of “finish” at the end of a quest that took half an hour, only to see the turn-in guy disappear from the dungeon, forcing me to quit to a “mission failed” screen. Infuriating.

William Ziegler September 30, 2017
Good game from what I played…only issue game restarts every so often can’t get far in dungeon because of that issue

Mike Choi October 22, 2017
Crashed so much, it made a good game unplayable

Scott Faltersack August 30, 2017
Just started but so far i like it

jerome thompson September 4, 2017
Easy game to play, easy concept to grasp had a lot of fun playing it.

Samantha Tapper October 23, 2017
One if the best dungeon themes games I’ve ever played ?

Mogawty Gaming May 12, 2017
I’ve personally never played a game like this, and I’m having a lot of fun with it. The mystery behind the next box keeps it exciting and getting new antiques, upgrading the craftables, and seeing how deep you can go makes this an awesome game. The only thing it lacks in my opinion is a bit more content and different ways to play. But surely that’s to come with future updates. Keep up the good work!-Mogawty

TiP121PP May 12, 2017
30 minutes playing a level, ad pops up in game and when it’s finshed, screen goes black and game is unresponsive. All progress is lost for that session, because game needs to be restarted. One ad playsfine and the next one will freeze the app and so on.

Developer Beijing Runmit Technology Co., Ltd. May 18, 2017 Hello, video ads cause game stuck problems have been resolved, thank you for the questions.

Sarah Taylor July 7, 2017
I loved the game until everything started costing 25,000 coins instead of 1000.It’s too big of a jump.I’ll probably just uninstall the game now.I would have given 5 star rating if not for that.

Cecily Zhu June 28, 2017
I was skeptical because I usually don’t like games that make you grind to progress. However it’s fun because you get to upgrade your characters via home upgrades and you get checkpoints that you can continue to work from with the downgeons. I haven’t experienced any bugs at all (I think devs said they fixed the issue that caused the freezing and crashing). I also like that the ads aren’t really invasive. My only gripe is that I wish the daily challenges didn’t feel so repetitive/tedious. Would be great if I could complete them as I progressed with my main downgeons but currently the only thing I gain is coins. Not super worth my time to complete.

Jessica T May 14, 2017
Fun gameplay, a little buggy. It’s addictive. But there’s no way to save the game to play on multiple devices. Also, the ads sometimes freeze the game up and takes you out of the dungeon and back to town.

Alexander Miller July 26, 2017
This is an early review because I just started playing it. A grip I have about this game is that it does not teach everything. It needs to teach about the quest giving and who the secret agent is as well as the importance of the puzzle pieces.

Eric E June 8, 2017
If bad luck were a super power, these “heroes” are fully stoked. If you want a time waster, this will do. If you want to accomplish anything, dont hold your breath.

xdisBme217x May 11, 2017
The Music Is Friggin Funny I Died Laughing It’s a good game overall. I think you should Get it. Trust Fellow Traveler?

Juliano Lo Giudice July 4, 2017
Fun and simple while being entirely Free to Play. The only bad thing? English translation is a bit wonky but it’s still readable. Great Game!?

Adam Steinwender May 13, 2017
Video ads to speed up building make the game freezes and crash, and when you get back into the app it doesn’t count the vid to speed it up, tried it a few times And also it would be nice if during quests if you accidently clicked the guy at the end but missed coins, if clicking leave didn’t f***ing make it so you couldn’t turn in the quest ffs, basically you get one chance to turn it in, can’t turn it in once you return and can’t turn it in if you hit leave, this is a bulls**t feature and should be changed