A mountain observatory is hiding a big underground secret!

This is how it’s done! Fantastic game! Great story. Lots of new minis. HOs you can find but have to look closely. All challenging but doable. Fantastic graphics! Long game plus bonus. Paid $2.99 so well worth it at about 4-5 hours long. Good sound effects but not so annoying or distracting that you have to turn them off. Easy to use map. Icons for collectibles. Video only to move game along. Checked all the positive boxes. All around excellent game! 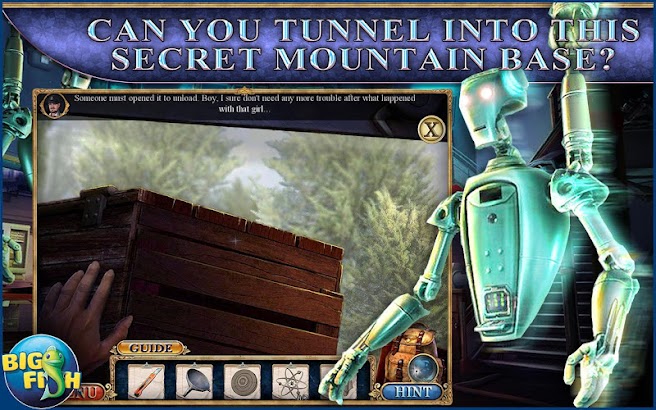 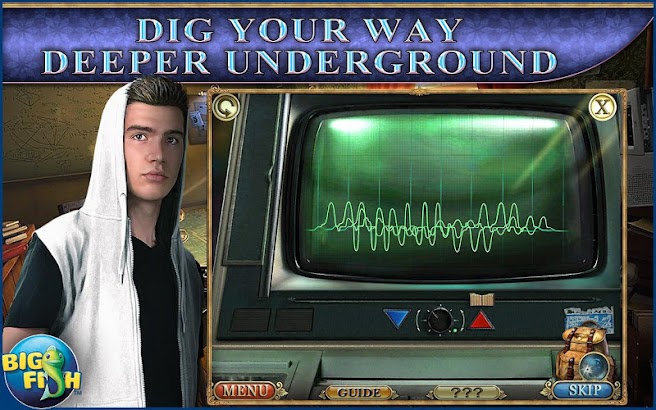 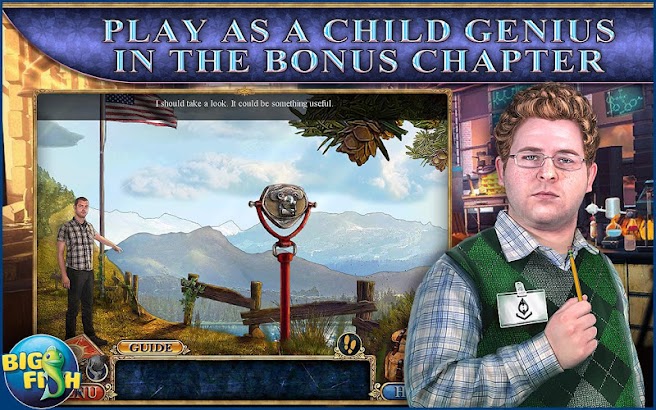 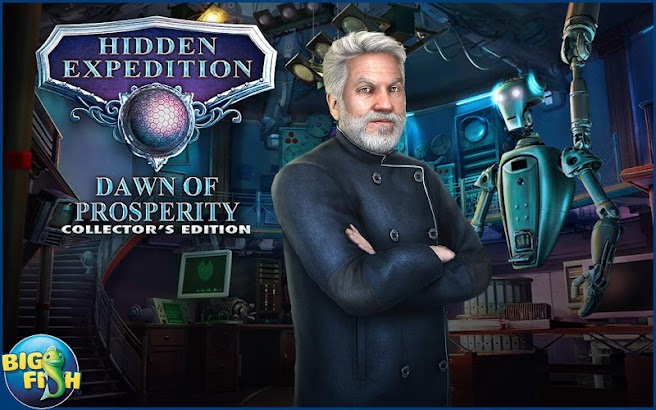 Play the trial for FREE! Pay once & complete the adventure!

An unusual signal has been detected in the vicinity of an old, abandoned weather station in Montana. Strangely, the area is showing signs of seismic activity, even though it’s nowhere near any known earthquake zone. There must be some outside force at work, and you and your fellow agents are being sent in to find the source and stop it before it gets any worse!

• TRACK DOWN THE SIGNAL AND FIND THE TRUTH
Who, or what, is behind these quakes? Is it some evil corporation bent on world domination? Or a corrupt government, working on a secret project meant to control the population with fear?

• CAN YOU TUNNEL INTO THIS SECRET MOUNTAIN BASE?
Sneak past the high-tech security system through thrilling hidden object scenes.

• DIG YOUR WAY DEEPER UNDERGROUND
Get to the root of this case by solving crafty puzzles and mind-bending mini-games.

• PLAY AS A CHILD GENIUS IN THE BONUS CHAPTER
See another side of the story and enjoy additional Collector’s Edition exclusives including collectible Globes, morphing objects, and more!

• Find thousands of hidden objects, plus solve tons of mini games and puzzles!
• Unlock this incredible Collector’s Edition to gain access to all of the amazing bonuses and additional gameplay!

Sign up for our newsletter and never miss a new release or promotion again: http://bigfi.sh/AndroidSplash

Kathy Eldred October 23, 2016
Fantastic game! Great story. Lots of new minis. HOs you can find but have to look closely. All challenging but doable. Fantastic graphics! Long game plus bonus. Paid $2.99 so well worth it at about 4-5 hours long. Good sound effects but not so annoying or distracting that you have to turn them off. Easy to use map. Icons for collectibles. Video only to move game along. Checked all the positive boxes. All around excellent game!

Kris Lowe January 12, 2017
Lots of activities, but not sure this game is my cup of tea. I’m having to hit hints a few times, and had to skip a minigames because the whole game froze up several times when playing one of the first minigames. I’m still on the free game part, and haven’t decided about purchasing this yet.

Susan Susan October 25, 2016
Not up to usual standards. Story was a little boring and even though they used different actors for a change, you could see where they had used a green screen, as there was an outline around the actors. Bonus chapter very short. Not made for phones. In H.O.Gs you have to tap objects on the exact spot or you can tap all day and get nowhere. Hard to be that precise on a five inch screen.Can you take into consideration that not all of us use computers or tablets with large or larger screens than a phone?

S. Reilly November 10, 2016
Had a great time playing. A little short. Graphics are great, some touch sensitivity with HOS but not too annoying. Interactive map, morphs and collectibles. Has souvenirs as well, but I can never figure out how to find those things even with the guide. Great game!

lex 8396 October 28, 2016
Great game, lots puzzles, collection items, morphing objects, and bonus game.Only con is the multiple taps needed in some scenes. Some are very picky so you have to be exact. Can be frustrating but it is worth the $$.

Melissa Gury October 20, 2016
This Eipix series includes HE: 4 Devil’s Triangle, HE: Crown of Solomon (terrific) and possibly Amazon: Hidden Expedition (not a favorite, though I’m not sure if this is part of the HE series). I liked HE: 4, though I remember wondering what the point was as I played(?). So here’s a game for the non-myth, anti-fairytale reality sticklers. We’ll see how this goes – at which point I’ll write a real review. 10/19/2016.

Trista Hurd December 4, 2016
Everything we love. Interesting and some unique puzzles. Storyline was a little confusing. Worth the buy. I just want something new and different. They are all just threw same. Still I would pay it again.

Steve Plummer December 2, 2016
Challenging, but touch points were kind of small.Might be my device- still annoying to have to touch a dozen times to get things moving.

LilMissShelbyLee October 22, 2016
The story line is hard to follow…and you can click on the correct object all day but it won’t register until after you hit hint….I try not to use hints so that’s a bummer

R Darin October 24, 2016
I am not sure yet as I just started playing the game. Looking good so far. Back when I am done. Give my review then. Great game as always! I have to say the Expedition series has been a good series and this one lived up to the others. Great work!

marianne ensor October 24, 2016
Great game until i got stuck in scrap yard and cant go anywherehint says i should be moving on but i cant. Map is of no help at this point either

Chalay Chandler October 26, 2016
It was all good until I got almost to the end and did the HOP on the roof, but never got the ruined cassette tape. I even tried playing it again, but without the cassette there is nothing else I can do.

Lynn Knight November 28, 2016
I have played this game before I am sure. Non the less it will a good game. Good puzzles and map. Storyline is well done too.

Cathy Ribblett October 24, 2016
I have just begun playing, the scenery is really beautiful. Good mystery so far. Thanks

Sarah Kaho October 20, 2016
The Hidden Expedition series are always simply superior. This one is no exception! Great game! I’ve missed you! Sophia Khaled October 26, 2016
Decent story, graphics and puzzles BUT just couldn’t get into it. It was a good game though. Just wasn’t my cup of tea.

Ewelina Duda March 18, 2017
Sooo boring not worth wasted time. Love big fish games but this one is a no-no

Josette Wise December 5, 2016
i love that theres a story to follow and all the mini games.i like that its character are more life like and have voices its intriging

Gwendolyn Glasgow March 10, 2017
Something is wrong. Thegame won’t respond,when I try to move to another partarea of the game ?

Magdalen C May 18, 2017
[Trial chapter] Lost. Didn’t know what to do and where to go next. Had consulted the Hint button a lot.

Leslie Jude November 15, 2016
So far so good!!! LOVE the “sneaking through the woods”and the mini games throughout,great job once again BF!!

NA suzy Q November 23, 2016
The puzzles are challenging and different.Storyline is gripping.

terence holden January 18, 2017
Great game. Not to difficult and it saves your progress.