This house full of hidden picture clues are waiting for you to explore! Play now

Dumb This a stupid game uh just play da, same 14 levels over and over I wouldn’t recommend this game for a toddler to play. Don’t waste your time 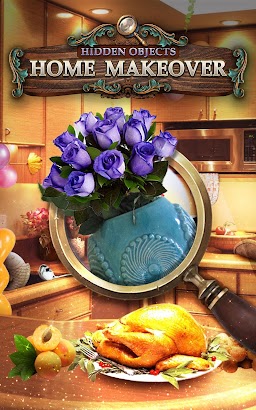 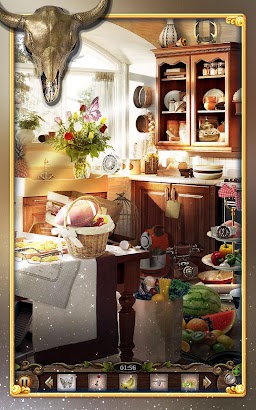 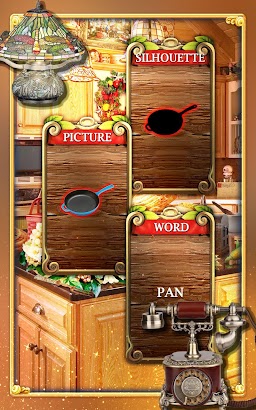 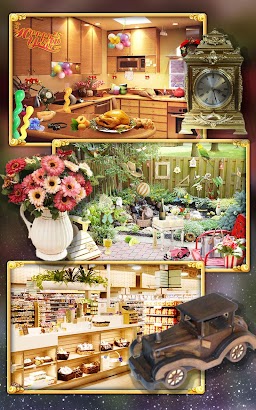 One part house design, one part seek and find puzzle game, Hidden Objects – Home Makeover is an amazing fusion of genres that lets you decorate and solve puzzles at the same time! Paint the house as you seek out different items hidden throughout the large home. There are tons of rooms to search through in this house, and you even get to head out to the garden in your great puzzle seeking quest. Get the paint ready, it’s time to head out and decorate!

Collecting items is always fun, but when there’s a home makeover involved, nothing could be better! Paint, decorate and design the house as you search through for items to help you solve each mystery. Three different kinds of puzzle levels await you in this game. Picture matching levels require you to look at the images and compare them on the screen, finding every object on the list in order to escape. Silhouette stages make it so you have to sseek the objects based on their shadow. Word lists are the most challenging escape puzzle. Here you only have a text list, you have to locate and click the items yourself!

This house is in need of a good paint design and decorate job. And while you’re at it, you might as well seek out all the lost items and solve the puzzles, too! Escape from the rooms and garden as you explore an amazing home floor by floor!

Features:
– Challenging seek and find room escape gameplay.
– Explore a house that’s undergoing a paint design and decorate job.
– Tons of items to seek out, collect and match.
– Three types of hidden object levels: item pictures, silhouette, and word lists.
– An easy to use map to help you discover the levels.

How to Play:
– Look carefully at each screen as you try to locate and match items.
– Tap an item to collect it.
– Navigate through the puzzles using the convenient map.
– If you get stuck, you can buy hints to help you out.

Wanna have more games? We would love to hear from you!

Find us on Facebook at https://www.facebook.com/BigBearEntertainmentGames
Or on Twitter at https://twitter.com/Big_Bear_Entert
For more information about Big Bear Entertainment, please visit http://www.bigbearentertainment.net

Meka Taylor November 18, 2016
This a stupid game uh just play da, same 14 levels over and over I wouldn’t recommend this game for a toddler to play. Don’t waste your time

Michele Maher December 15, 2015
I love all the hidden object games from Big Bear! The pop-ups only come in-between game play/levels. Although at times they come in 3, so what. Never understand why people complain about pop-ups when you are playing games for free. Anyways, other games you can’t see them all or when you click on objects found nothing works. I love the objects, colorful backgrounds, sound effects, and everything about this game. I also love that they have so many others to download! One con, not enough levels!

Edie Yarro December 23, 2016
Good game, as with most Big Bear hidden objects. Relaxing music, quality graphics, challenging items. However, this game does not give one the option of purchasing “ad free” version and the ad interruptions are constant and ill-timed. Disrupts concentration with no remedy available.

Shirley Johnson May 2, 2016
The game is fun.The big problem is, you have an object to find.You can hit on this object a 100 times but it will not go away.This takes away important time.If this problem was fixed I would give it 5 stars.

Andrea Hogan March 12, 2016
Like it, a little more challenging than some. Only fault: I have to tap on the object 3/4 times before it accepts it, not all the time but too frequently!

Barb Segal April 1, 2016
I really enjoy playing this game!! I have to build up my observational skills, n speed!! U need to increase the puzzel rooms! It gets borning investigating the same rooms over n over again!! If u increase the game rooms i will give u 5 stars!!Thanks in advance!!!

Destiny Moyer May 21, 2016
Not many levels and objects are easy to find…I finished all level and got all 3 stars per level in less then an hour…

Dawn Delnora December 26, 2015
I find this game fun and amusing it’s a good way to utilize my time, but if we could have more clues that would be great thanks….

Amanda Chenoweth April 26, 2016
I have to hit objects multiple times as well. Also I completed all boards in 10 minutes and can’t get any more levels

Tracy Pitts February 7, 2016
Some are very difficult while others are just a challenge. It is keeping me young.

Helen White May 7, 2017
I am a retired persons who enjoyed the challenge that this game present.It helps keep my mind sharp andwill prevent memory lost.All seniors should play this game.

Valerie Henderson October 6, 2015
You lose time when you have to enlarge screen and move it around, cause items are so small

Shirley Mellett October 24, 2015
Didn’t get to paint and decorate the house only allowed me to search for items

Peggy Schmidt July 24, 2015
Only 5 hints?? Is that what I remember reading? Quite challenging though!

Princess Caroline June 23, 2017
Love these kind of games even if i do get frustrated sometimes when i have just one item left to find and i spot it just as my time runs out but great game

Glenn Vaughan January 12, 2016
Sometimes i have to tap on the picture twice but, it’s still fun

Allysen J February 20, 2017
Interesting that there’s a “tell a friend” option but not a “rate the app” option. Gee i wonder why? U might wanna upload more levels. This is more like a sample app vs a real one.

Paige Davis June 25, 2016
I like all of the hidden object games they make you thinkthis one does too

Melodie Williams January 24, 2017
Love the game. Lot’s of fun love to play as often as I can.??? Have always liked to find hidden objects. Kinda like word search. Fun total try.

David A. January 3, 2017
But the game sometimes can be mind boggling..

Ann Niessen February 24, 2016
Finding thehidden objects is fun and a good exercise for the brain.

UnknownSeptember 8, 2016
I love this game its fun and a lil challenging when bored

UnknownAugust 13, 2016
I love this game. Great for passing the time and enjoyable

Camela Jones August 9, 2017
The game is cool/ fun except you get so far and you can’t get anywhere else and I don’t like that.

Tamara Myers August 21, 2016
Like the different scenes and timer. Addictive.