Mine your way through various rocks that gradually become more rewarding.

Warning buggy I downloaded and played this game and really enjoyed it. When I went and paid the 1sx amount to upgrade my mine, my game crashed and when I opened it again I am back at the beginning…. I tried to restore legacy achievements but still I have to start all over. Please fix. 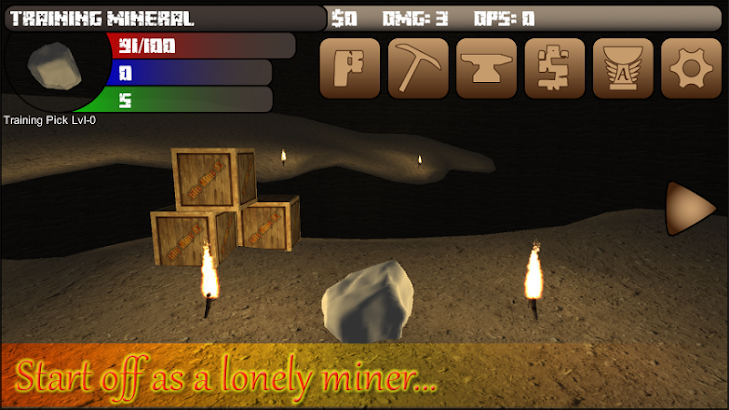 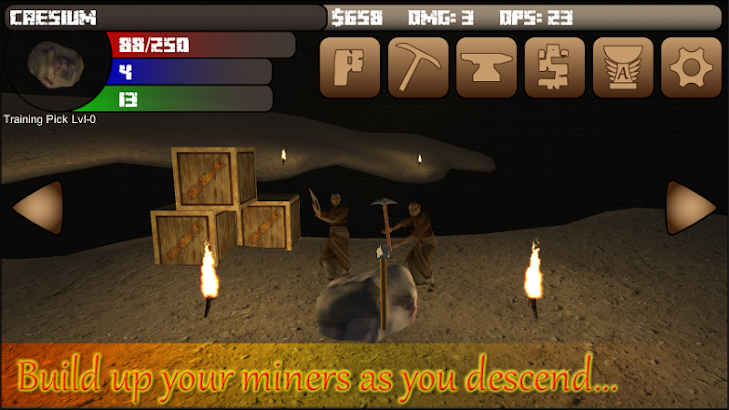 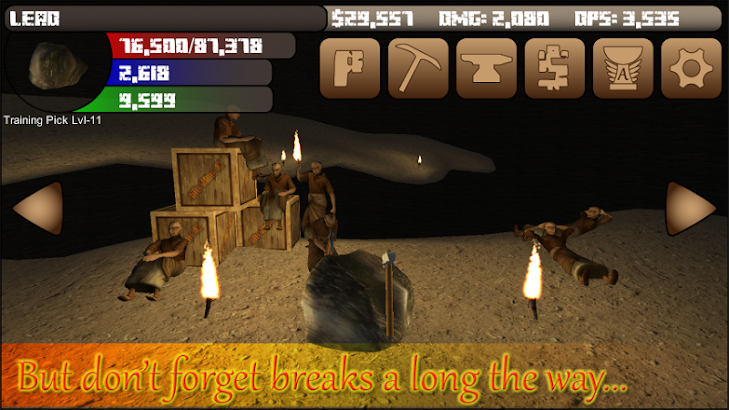 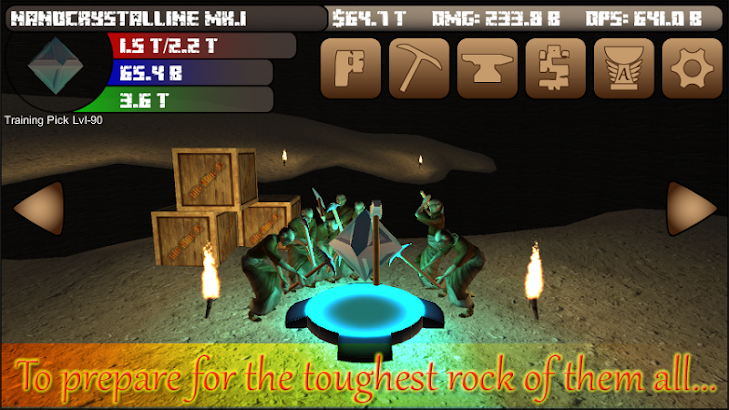 Idle Mine EX is a mix between an idle game as well as carrying some gameplay altering management aspects. Giving you the freedom to raise your miners and step out, or continue on progressing trying to avoid cave ins, gas leaks and whatever else the mine has to offer. The dangers are equally rewarding.

Idle Mine EX Features:
– 56 minerals to conquer.
– Achievements up for grabs.
– Prestige with increasingly difficult minerals.
– Miners with many backgrounds affecting their effectiveness in the mine.
– And more as you uncover secrets held in the mine.

Due to the recent release of Idle Mine EX 3, this version will no longer be receiving updates. As a treat to the ending of this game’s development I have completely removed Mine Stability, so your now free to go crazy in the mine without any consequences. No more dead miners!
-Miners Fortune Rewards have been changed accordingly, you will now receive +50% Revenue where you used to receive the Mine Stability fortune.

Charles_Bob July 19, 2016
I downloaded and played this game and really enjoyed it. When I went and paid the 1sx amount to upgrade my mine, my game crashed and when I opened it again I am back at the beginning…. I tried to restore legacy achievements but still I have to start all over. Please fix.

Felix Davies December 31, 2015
Great game! My only dislikes are the very early game where it’s balanced more towards adverts, and the very late game where miners become useless compared to tapping. Other than that, great gameplay and balance!

Ultragaming 472 February 6, 2017
This is one of the best tapping simulation games I have ever played. Only one problem though, after a prestige, the game froze and I had to reload the app. Still, only a small issue. Great game!

owen mcgath March 14, 2016
They keep turning into crystals idk why though but it keeps happening over and over and over its rare for you to see in your games saying what I think about it so please fix it or its just my stuff idk

Saint X September 17, 2016
Never had a cave in, miners never seemed to get those debuffs, and the prestige perks are “get less rewards”. Get less rewards for prestiging in a clicker game? Seems like a lazy way of adding replayability without having to recalculate.

hoodini fail July 6, 2016
I didn’t see anything explaining what anything does. The upgrading seems to take about 5 minutes longer than i was willing to play. Lost interest really fast.

Brendan MX October 7, 2015
Great app 1 bug when you pretige it crashes on the note 4. Other than that it’s my main time passer

Jay Lively November 8, 2016
Prestige to make the game harder, which is the opposite of every successful clicker game out there? Dumb design.

UgliestSnake YT June 30, 2016
the game was easy I loved it i got a lot of damage and I recked but werkers stats are hard to get male study and read no time and I loved the game THANK U FOR MAKING THIS COOL GAME C: ?

lawson mangum September 3, 2016
can you switch which mineral you use and it does not explain a lot of things clearly

glados November 3, 2015
I’m gonna say this right now . This is the best idle game ever. Keep up the perfectlyamazing work.

UnknownSeptember 28, 2016
Love the graphics and how it works

viperstar gaming May 24, 2017
Its fun and i can just sit here and relax while my helpers work i love it

Mark Turner May 7, 2016
Can you make it longer and more minerals to mine

Trench Token February 4, 2017
Clicking is a little difficult but its an awsome game

Andrew Hamilton May 23, 2016
Cool game. Once you start getting money everything gets easy

Joanne Olmstead December 20, 2016
Too op i finished it to nanocrystaill in 2 days

Salt McSalt January 15, 2016
As a time waster or sitting on the toilet

Andrius Blauzdys July 8, 2016
This game so cool and addictive! Graphics are nice and looks good. Love it!

Itan Deda December 8, 2016
I can play this all the day without getting bored

Zack Scott September 16, 2016
Awesome game but can use clans or guilds