Scientists have made a chilling discovery at a remote arctic research facility!

Not very good frustrating touch controls NOT recommended This might be OK on a PC but not on a pretty nice Galaxy Tab S 10.1, it runs slow and touch controls make completing puzzles tedious at best , and unsolvable at worst.I ran into the latter just now with a shooting gallery hidden object scene, and I’m done. Uninstalled.There are WAY better hidden object adventures out there. Play one of those instead. 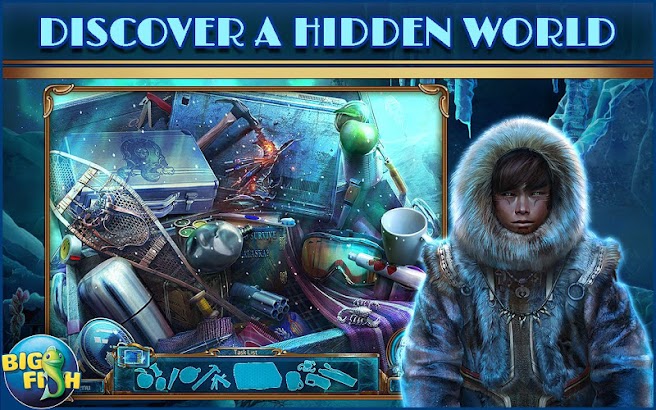 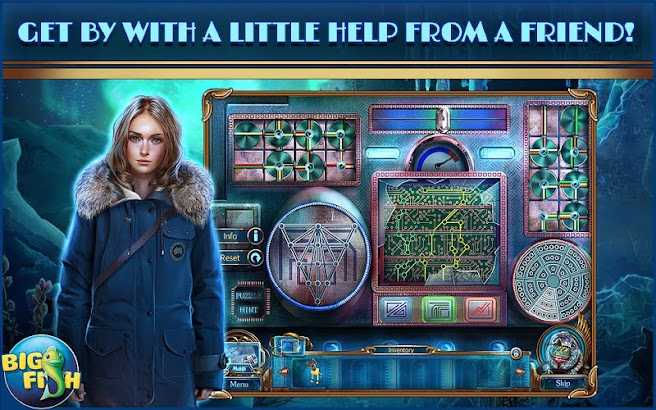 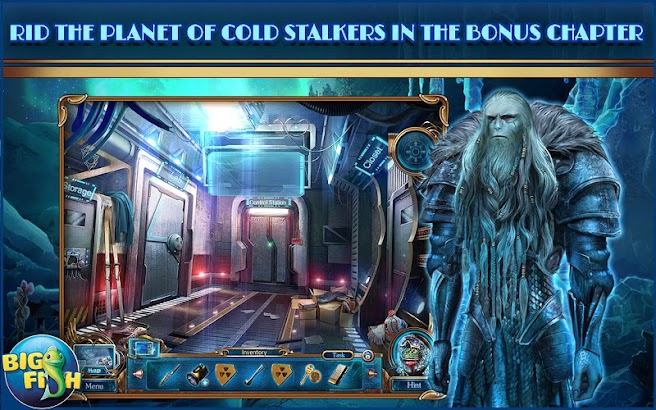 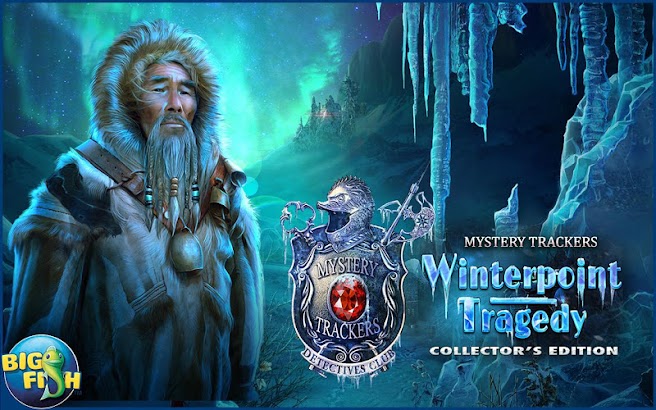 Play the trial for FREE! Pay once & complete the adventure!

The Agency has sent you off on another adventure to investigate a distress call from a scientific research team in Alaska. The discovery by Professor Lloyd of an ancient species trapped in the ice has revealed a traitor in their midst. Someone wants these creatures kept secret, and is willing to pay the ultimate price!

• WHO SABOTAGED THE WINTERPOINT RESEARCH STATION?
These ancient lifeforms have the ability to control both body and mind. Is there anyone you can trust, or will you end up a slave as they try to spread to the rest of the world?

• DISCOVER A HIDDEN WORLD
Use the abilities of your high-tech visor to examine frosty hidden object scenes.

• GET BY WITH A LITTLE HELP FROM A FRIEND!
Your trusty sidekick will assist you in a variety of frigid puzzles and chilling mini-games.

• RID THE PLANET OF COLD STALKERS IN THE BONUS CHAPTER
Destroy these dangerous beings forever and enjoy additional Collector’s Edition exclusives including super puzzles and collectibles!

• Find thousands of hidden objects, plus solve tons of mini games and puzzles!
• Unlock this incredible Collector’s Edition to gain access to all of the amazing bonuses and additional gameplay!

Sign up for our newsletter and never miss a new release or promotion again: http://bigfi.sh/AndroidSplash

Mark C. October 20, 2016
This might be OK on a PC but not on a pretty nice Galaxy Tab S 10.1, it runs slow and touch controls make completing puzzles tedious at best , and unsolvable at worst.I ran into the latter just now with a shooting gallery hidden object scene, and I’m done. Uninstalled.There are WAY better hidden object adventures out there. Play one of those instead.

FJ Thomas October 19, 2016
Finally a game with an interesting and continues storyline BUUUT the longer you play the more it lags. I’d actually never seen this issue before. It’s gotten so bad that I quit the bonus game completely. It you guys can fix the lag it would be very good.

Evelynn Devin January 9, 2017
This is really a 4 star game but im giving it 5 to try to offset all the people with technical issues. I read about them before installing but decided to try anyways and im glad i did.Great game with everything you could want. Morphing objects, collections and those awesome end of level puzzles! Thanks for another great one Elephant Games. PS the puzzles were a little easy. I would love to see some more challenging options

Ron Box December 9, 2016
I want to buy this game as I really enjoyed playing the demo but so many people say it doesn’t work after buying full game so I will heed their warnings as nearly 5 quid is a lot for a game especially if it doesn’t work. Real shame

Sharona Wheldon September 17, 2016
I was playing this game and it was amazing until I had to pay full price and then it would not do anything as I wasted my money and can’t get a refund so mad so I’m telling you before you go to the full game ITS A WASTE OF TIME !!!!!?????DONT MAKE THE SAME MISTAKE

BeCreative LetLous September 9, 2016
I want to finish this game but it won’t let me, I’ve purchased the full game and now immediately after I’m left with nowhere To go an no hints available.. I paid almost £5 for nothing. Refund my money or get it working.

Carmen Mason September 7, 2016
A real sci-fi story with well done scenes. The map is very useful and resposive and so is the hint button. It is true one has to travel to and back to discover the needed items, but everything fits well and it is a great game.

Laaiqah Saffodien September 26, 2016
Purchased game however didn’t get tooo far now there is one item in item list I can’t select to continue as it seems my screen too small and item in right hand corner and no luck of continuing game. Playing on my S4.Any advise

Carol Gerber September 1, 2016
Not working quite right, will not buy-too frustrating;

Kelsi Craft August 30, 2016
Then I bought the whole version and now idk what to do next and it won’t let me use my hints and when I go to the map it doesn’t show me where to go next!! I want a refund

Dennis Farrington October 9, 2016
Had no issues on my acer tablet. Was able to play all the way through with no freezing or loss of time? . Great game

Jadeline Tallon October 7, 2016
I need a refund. Once I paid for it, it just stopped working. This is very upsetting!

Daniel Fleming September 12, 2016
Refund my money, this game will not let me play after purchasing. If not fixed or no refund, I will report it. Give a prompt response.

F Hottenstine September 27, 2016
Yep. Same as everyone else.Paid for it now it doesn’t work. Nowhere to go. No hints

Joyce Mills September 27, 2016
I liked it but after purchase it locked restarted see how goes may give better rate if game stays on track

Brenda Ledbetter November 9, 2016
I’m like most everyone else. Need refund. Game quit working!!!! Not happy at all!!!

Geni Mazzola August 5, 2017
One of the worst games in a long time .Can’t get any help from Big fish games.

Cedar Erickson October 30, 2016
Different & interestingplot with excellent graphics. Plus Ialways love having an animal pal! Suggestion: it could use some help in the touch accuracy department.

Jennifer Poon September 4, 2016
Game freeze after playing a short while.

patty reagan October 16, 2017
Not very interesting.Did not hold my attention.

Daniel R. Martinez November 18, 2016
Just getting into the game.

EscapeGame The seeds of Eden