ahhhhhh i can’t tell it aaaaa itttttt ah its so hardddd to say um ok its pretttttttty mucccccccccccch booooooooooorrrrrrriiiiiiiinnnnnnnnnggggggg beacause i always win and no jumpscare plz plz plz i rate 5 stars i you make it scary just like real fnaf ????? 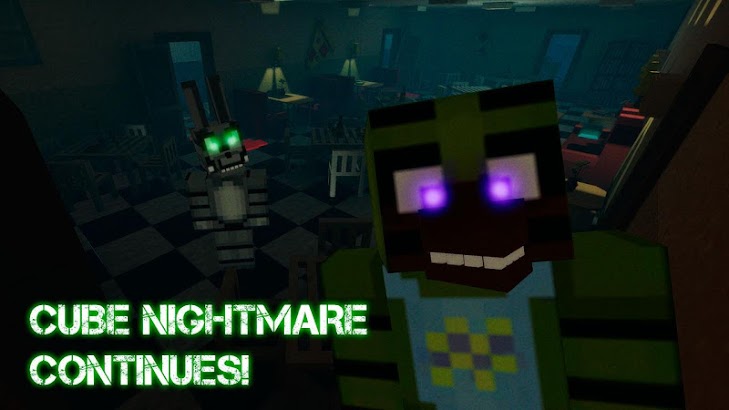 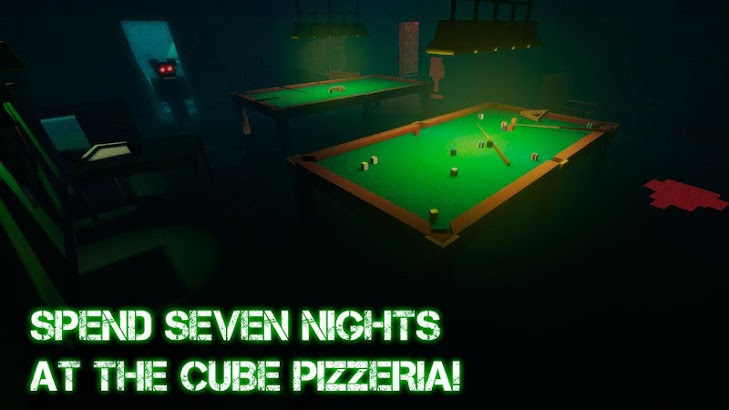 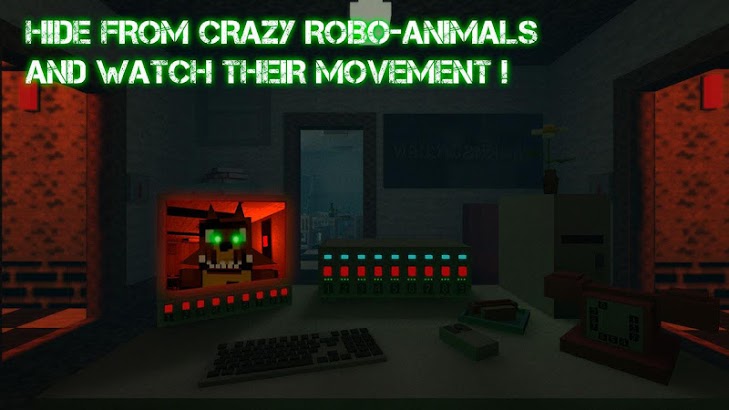 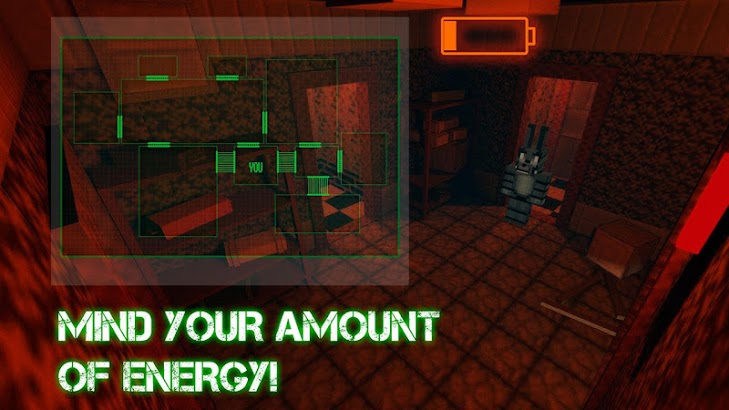 Welcome to the Cube nightmare once again! You’re the night guard, and your duty is to watch on cameras and prevent occasional accidents like obstruction of the ventilation systems. But you should fight for your life instead! Survive being a pizzeria night security guard and escape from your nightmare! These seven nights are going to be the worst nights in your life!

Face your nightmare with Nights at Cube Pizzeria 3D – 4! Beware of angry robot bears, tigers, chickens, bunnies and foxes and even worse creatures hiding in the shadows! These robots were made to help in Cube Pizzeria, but during the night ancient evil awakening inside their bodies, and they become unpredictable and starts chasing you! Who else could be in this nightmare mines? Try Nights at Cube Pizzeria 3D – 4 game – meet cube bear robots and other creatures, and escape from them to survive!

Watch the movement of robot animals and open or close the doors to stop their movement – or switch on the light not to let cube bears, foxes and bunnies attack you! Use the flashlight to protect yourself from the attack! Tssssss! Can you hear it? Something is moving inside walls! Quickly, look onto this monitor! Yes, we have some problem into the ventilation system! You should solve it before robot bear could creep to you from vents!

Spend seven nights at pizzeria full of scary cube monsters – chicken, fox, bunny, bear robots and ever more! Use a very limited amount of electricity per night to protect yourself from robots’ attack! Stay in your security office, watch cube creatures with cameras and try to survive! When you run out of power for the night – all cameras and light are off and cube robots are able to move! Beware of cube bear robots walking in the pizzeria! Escape from your nightmare! Face cube robots with Nights at Cube Pizzeria 3D – 4!

Finish your work safe after seven scary and horrible nights with Nights at Cube Pizzeria 3D – 4!

Nights at Cube Pizzeria 3D – 4 features:
New game – even scarier!
All best features from previous parts
Unusual 3d environment
New Cube Pizzeria locations to explore
Ventilation systems filled with monsters too – you should turn in on and off to protect your life

kahlil Amindalan August 12, 2017
ahhhhhh i can’t tell it aaaaa itttttt ah its so hardddd to say um ok its pretttttttty mucccccccccccch booooooooooorrrrrrriiiiiiiinnnnnnnnnggggggg beacause i always win and no jumpscare plz plz plz i rate 5 stars i you make it scary just like real fnaf ?????

Charls GTI July 24, 2017
Adds are just to annoying. It restarts the night please remove it will be soon much more fun

Momo Ham May 21, 2017
Guys don’t push any thing if you run out of battery you lose but if you do nothing you will win

Kaion Barnes April 11, 2017
Just like fnaf 3 I love it ?????can you add springtrap in the game and can you add in the phantoms like phantom Freddy phantom chica phantom foxy phantom balloon boy please thank you

The Dark Skull June 26, 2017
Too many things to do this is an extreme version of fnaf 3 and why close. 1 door unlike fnaf where you can close them all

gameingboy isaac June 16, 2017
It’s amazing and all but every time I die I start all over to night one PLZ FIX THAT

teakgamer fun and play June 20, 2017
You don’t get a reward like a custom night you just get you win

luke pickford March 25, 2017
Try making them attack u I was playing computer and waited for them to come

UnknownMay 19, 2017
It is very cool and I like how you make have a camera go out after each night

Greisy Caceres April 15, 2017
The game was horible plus people could just buy the fnaf demo instead of this crap

Michael Guzman July 26, 2017
Its really good kinda scary really recomend it i cant get past night 2 lol to hard for me….lol ???

Raiden Eustice June 9, 2017
I’m so scared because I hear Footsteps

Patty Gallardo March 30, 2017
Too many ads I like it but the ads just keep on coming

Diamond Diver October 18, 2017
It’s so scary when they just pop out of nowhere

UnknownApril 20, 2017
It was easy i won without getting jumpscared

MikeTheGrizzlybear MTGB September 8, 2017
This game sucks its boring too easy and way to many ads dont waste your time

THE MAD HATTER July 11, 2017
Dont download this it will break your phone

Qaish Herman July 4, 2017
Thank you momo ham for telling me that

Loo Kin August 4, 2017
Everyone should play this game because it is logical game and it graphics are very coooooooooooooooooollllll