Kinda hard….too many bullets coming at one time, can’t dodge all of them 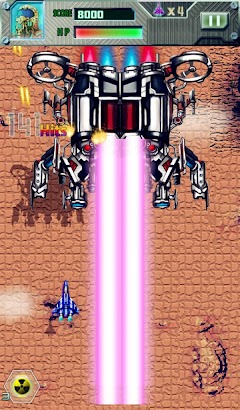 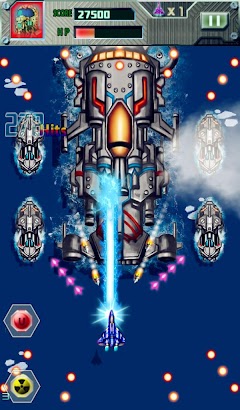 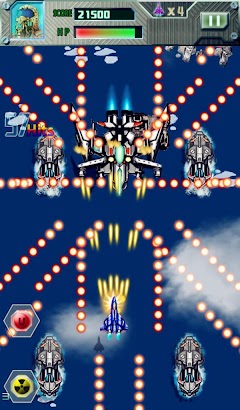 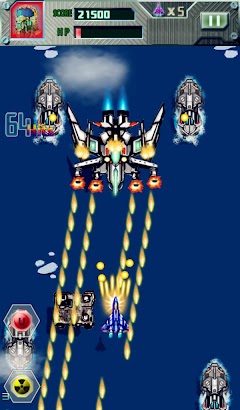 Like Raiden Fighter, Plane fly, this is an exciting air combat Fighter game before Christmas.

World Fighter-Sky Fighter Battle will give a exciting game experience. Have you ever dreamed of being a cool pilot in the next World War(World War III)? This game will help you to reach it? Do you want to be a hero in the air combat?
If you do, Raiden Air Raid,the first air combat of 2013, is a must for you.
Thrilling and exciting flight shooting game with high speed!!!
Most innovative and splendid dynamic scene!!!
Conquer the sky with plenty of achievements and various prizes!!!
Enjoy sky, sunshine and fight with thunder and storm!!!
Break records and create your own legend during Pacific war!!!
Description
Raiden Air Raid-Belgium plane is an air combat game.
A period of time is necessary for you to learn and master the operation.
HD graphics and gorgeous scenery bring about tremendous experience.
Taste every exquisite detail and temper yourself during the war.
Don’t wait! Be a hero! Pilot your plane and fight!
★Games Features★
★More Funny Free app to give you.
★Share to Facebook friends.
★6 missions to pass through.
★Realistic game scenes and magnificent graphics
★Super beautiful plane models
★Excellent sound effect enrich game experience
★Brand new trials are stored for you

Netfa Finley October 13, 2014
Kinda hard….too many bullets coming at one time, can’t dodge all of them

Razib Bin Khaled January 4, 2016
Bit hard but like it, made me remember old coin video games

Richard Peevy March 2, 2015
Way to do it the right way, and bring one of the classics to smart phones. Hats off to the creators.

Thomas Baggio February 2, 2015
Ok got five so I can get another life hard

Christian Rogers December 16, 2014
Dont wanna even give it 1 star. Cheap as knock off brand cereal.