Ready to disrupt waves of invading aliens about to take over… your House?

hate it! I am going to vomits by seeing this monoster game 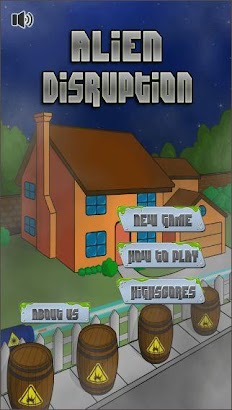 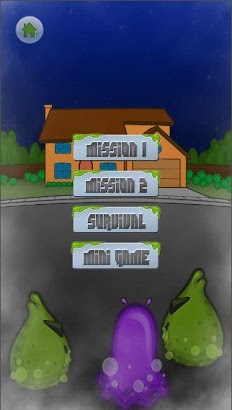 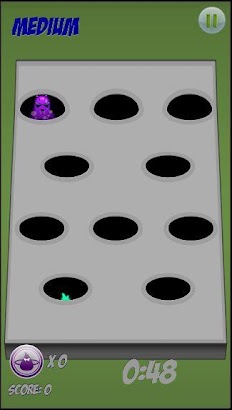 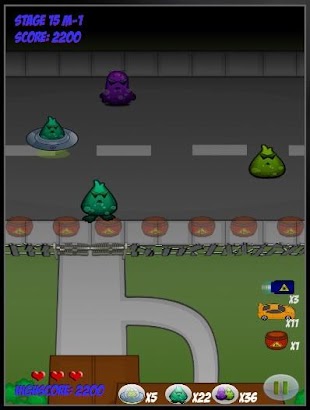 Ready to disrupt waves of invading aliens about to take over Earth?

In this exciting new tower defense game, you must quickly tap each slimy Gus, Goor and Giz to splatter them before they invade your home.

But be careful — your fellow humans are seeking refuge from the extraterrestrial horde! You must avoid killing them as they flee the aliens and run into your house.

As you finish each level, the aliens will get stronger and stronger. They’ll even start riding in fast ships and massive motherships to defeat you!

Fortunately, you can earn gold coins for every evil alien splatted. Spend coins to amp up your glorious alien kill rate with cars, explosive barrels, and lasers. There are only limited supplies of each — use them wisely to help you defeat the invasion!

Survival mode is an endless alien onslaught. How long can YOU last?

Plus the Mini-Game is a fast-paced ‘whack-an-alien’ frenzy: tap each alien when he pops out but do NOT tap any humans or it’s all over. Earn extra coin rewards by disrupting as many aliens as you can before time’s up.

You can also buy coins using real money with the in-app purchase feature. Just press the + sign beside the coins.

How To Play:
— Just Tap the Aliens to stop them from invading your home.
— Avoid tapping humans, help them cross the street until it gets to the house.
— Use your special powers to kill aliens and more faster.

Khairul Chowdhury October 31, 2014
I am going to vomits by seeing this monoster game

Venus Leopardas January 15, 2014
i enjoyed much

James Mathieu April 2, 2014
I understand having adds but this game is ridiculous!!! You spend more time closing adds then playing the game. Otherwise a fun game but too annoying with all the adds

Developer Healthy Body Apps April 4, 2014 Hi James,Yes, there were too many. That has now been corrected. We haven’t completely removed Ads since we still need to cover some of our development costs but try again now. Hope you find a much better game experience.