Innovative, beautiful, oryginal game and you decide how much its worth for you!

Beautiful This is a unique game. The layout and design is beautiful. I love whimsical, dark things and those are hard to come by as apps. The game is fun,challenging. And of course I love that there are no ads. I think the creators have the potential to take it even further though. Maybe a map layout of levels?Different dream world’s?Nightmareland?The idea of having challenges is a good one,but it’s basically the same as the original game line and therefore doesn’t change it up I think.But a good start! 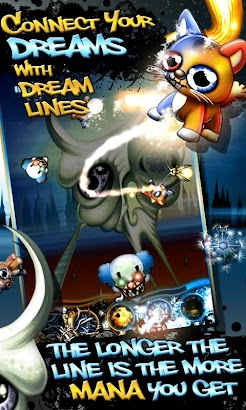 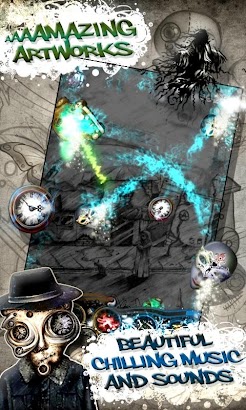 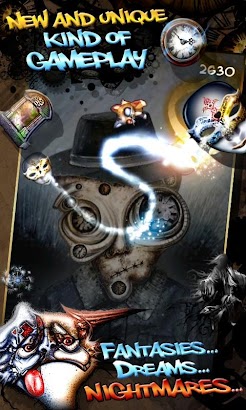 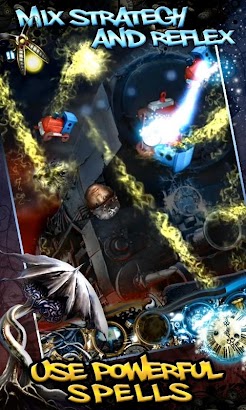 No advertisement, no in app payments, full gameplay for FREE.
You decide if the game is good enough and your choice will you donate us with a dolar or more.
You decide how much the game is worth for you!

We won’t talk much here about a game, you have to enter ANOTHER DREAM land and feel this amazing atmosphere by yourself!

You want a review?
“Everything from twisted and abstract artwork to lulling music will make you feel as if you’re one step away from a dream.
Miss out on this app? Don’t even dream about it.”
***** AppAdvice *****

Oh, alright if you are not yet convinced there is a detailed description:

Easy to play?
The game is about connecting elements appearing on the screen by drawing a dream line through elements of the same type.
The longer the line and more elements you got in one move the more mana points you get.
For collected mana you can visit fantasy stall and learn many powerfull spells. Later in the game you can also enchant those spells to make them even stronger.

Hard to master?
Every level introduce something new to the game. New elements, new spells, enchant possibilities, mini games and many more!
The deeper into a dreem you fall the more challanging fantasies are. Elements fall faster, more and more dreams appear on the screen and to achieve a really good score you need to work hard.

The main fantasy mode is easy to finish by all players, but challenges are the place where you really need to show your skills.
If this is still not enough we give you ENDLESS MODE where you can play to the max. Achieve great scores and compare it with the rest of the world!
Furthere more you have some mini games where you can relax or… challenge a world to beat your score!
Dreams gallery is the place where you can sit and contemplate all ANOTHER DREAM fantasies…
Almost forgot… the music and sounds are here to emphasize the atmosphere even more. They are really cool.

So don’t wait, don’t think to much you WILL love this game! And don’t forget to tell your friends about it.

singingsweetie08 March 1, 2016
This is a unique game. The layout and design is beautiful. I love whimsical, dark things and those are hard to come by as apps. The game is fun,challenging. And of course I love that there are no ads. I think the creators have the potential to take it even further though. Maybe a map layout of levels?Different dream world’s?Nightmareland?The idea of having challenges is a good one,but it’s basically the same as the original game line and therefore doesn’t change it up I think.But a good start!

Mama’s Girls Chasteen May 17, 2016
The ethereal feeling of this game is exactly what I needed to escape the stress of the day. The graphics are gorgeous, and I was inspired to draw in my art journal within a few minutes. The game play is pretty basic and easy, and it seems (so far) to be a mere delivery mechanism for the visual and auditory surroundings.

Joshua Westfall December 25, 2014
I love the subtle tone of gameplay ( never feeling rushed or short changed . . .a lot of games are kinda naggy anxiety makers ).Got enough of those things already in my life dont need any virtual ones too.Try this game for a breath of fresh air amongst all the catch them all / wait to replenish game time fodder!

Callisa Taylor December 19, 2014
This game is cool. It is wierd, crazy, and addicting.I love that the makers are so confident abot this app they don’t even give a description of the game.

Stellar Nova June 3, 2017
I adore the indistinct ethereal atmosphere with it’s slight creepiness. It’s relaxing too. I hope your next game will have everything this gane had and more. Good luck!

Dinah Aousunt July 27, 2015
free with no adds or in app purchases you would expect a poor game,but that’s not the case here well done guys!

Zeke Yellow June 10, 2015
It is a great game. Worth your hardtime doing it. I love it. It is not your normal timekiller game, its an awesome one.

Mark Kindy December 13, 2014
This game is a great timekiller, with awesome artwork, and smooth gameplay mechanics. The game feels haunting, and it fits the theme.Well done, i thoroughly enjoyed it.

Barry Shockley November 5, 2014
Great artwork, relaxing soundtrack, and addictive game play that sends you into a state of zen. Props to the developers for releasing for free with an option to donate.

critical mass October 30, 2014
Great and innovative game idea! Reminds me a little bit of fruit ninja, but you have to connect dreams instead of sliding fruits.

Jennifer Burns February 15, 2015
Connect and go and long connects get you farther thought it would be hard bit it fun and addictive better then candy crush and way different too

Angela Lantain May 21, 2015
The graphics are bizarre yet gorgeous! Very impressive! And the game play is smooth and well paced. I feel challenged without being frustrated.

Rae Rae hood February 13, 2016
The reviews are what sold this game for me. Once I opened it, it definitely didn’t disappoint. It’s relaxing and eerie at the same time, but it works.

Yoharez Obando March 1, 2015
Good product. It is way more than I expected…. Thanks for the game Dev team…. No problems so far!!!

Random Stuffs October 10, 2015
I’m on the 3rd level and this game is nothing like any connect games I’ve played. This brings a whole new level to how a game can be. Amazing. Good job

Stuart Robbins January 18, 2016
Different. Cool dark graphics, no adds. If you have read this far. Play. Your loosing nothing. And might find something you like.

Paulo Papa September 6, 2015
The music is accurate to the theme. Aesthetically great so I think many players will be attracted. I suggest for updates and if possible more improvements.

Chris Faulkner November 8, 2014
The game is cool, but it harasses you every 3 minutes to rate. So here is a rating.

Developer Sirocco Mobile Sp. z o.o. November 11, 2014 Great, you have a free app, no ads no inapps and it is really so annoying to give us 5 stars rate couse ‘the game is cool’?

Chris Preston March 23, 2017
This is a really tripped out cool game

Ricky Bobby June 14, 2015
Wow fantastic game much different than any other game super thanks for thinking outside the box.

Britt D August 1, 2017
The graphics and art are somthing else! And its very calming. The game itself is beautiful and well put together.

Sean Noble April 25, 2015
It’s not very often a game comes around and is completely.different from everything else. This game is different.

Kelly Spires May 8, 2015
Just started playing but it’s cute and fairly easy. A way to pass the time

Kimberly veluz January 15, 2015
Different from all games out there …. it’s a keeper

Alex Xander July 29, 2015
Cool game and amazing work. Planning to donate at soon as i get a chance

Sebastian Pasternak March 1, 2015
I like the art, he music, and the smooth gameplay. Grest time killer

Justin Pantaleon May 9, 2015
Excellent but is so so hard

Supratim Chaliha August 13, 2016
A dark and surreal theme! So beautiful and haunted! One of the most beautiful game!!

Amanda Bodeker August 2, 2015
Reminds me some what of alice

jeanine Kramer October 1, 2016
Calming music plus a doable game = an awesome game for me!:-)