A game that you will not be disappointed

Fun game but incomplete Love the physics engine and gameplay. Graphics for the characters are pretty good.It’s missing a storyline. I have no idea how the fight relates to the characters etc. Who are they fighting? There are no cutscenes between dungeons or word narrative to let us know whay’s going on.Also there are very few dungeons and only 3 spells for each character, so not much variety of builds.

Screenshot Battle Of The Saints I 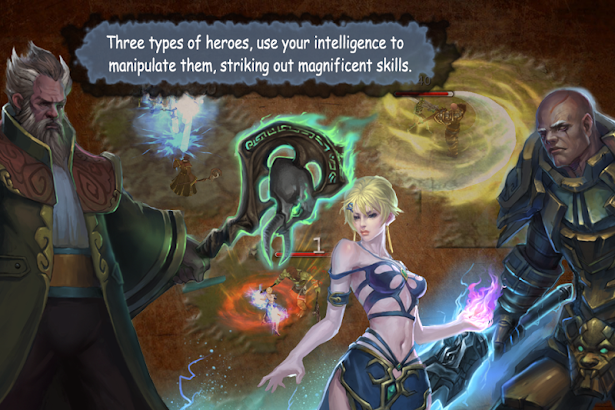 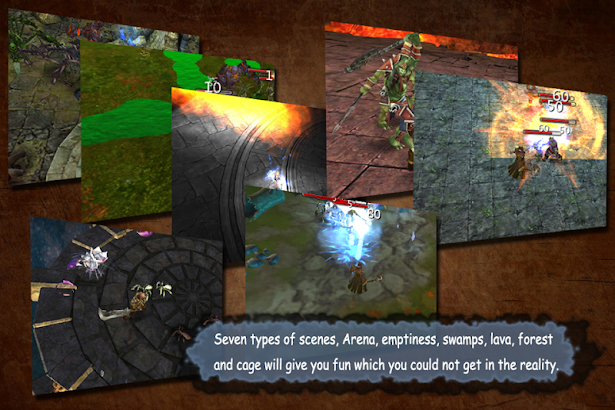 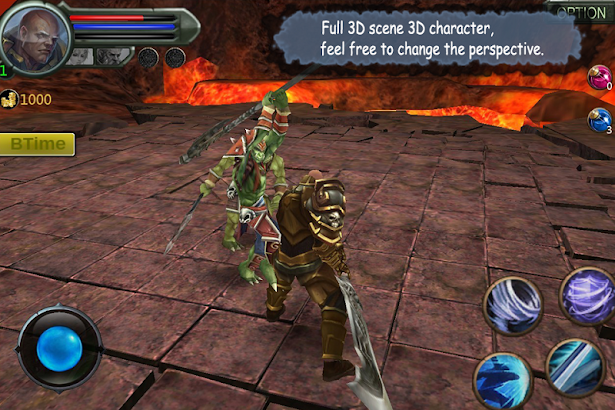 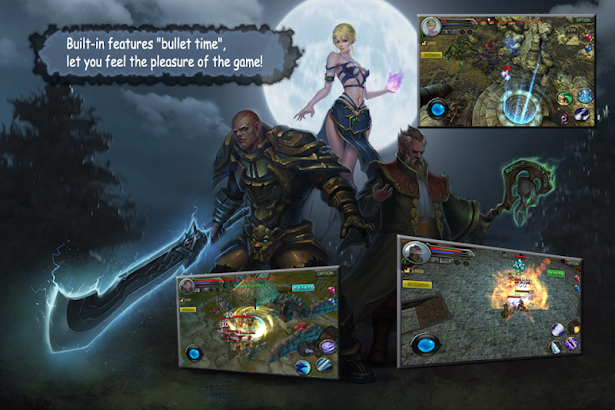 BATTLE OF THE SAINTS II is released now.
Download link in google play:

Tim Wong December 10, 2013
Love the physics engine and gameplay. Graphics for the characters are pretty good.It’s missing a storyline. I have no idea how the fight relates to the characters etc. Who are they fighting? There are no cutscenes between dungeons or word narrative to let us know whay’s going on.Also there are very few dungeons and only 3 spells for each character, so not much variety of builds.

Genjimaru X November 4, 2015
The design of the characters is the only good thing in this game! The enemy hits more than you see, the hit detection sucks, two of the characters are ranged but they’re slow and can’t get away from enemies, Lastly I DIED FOR NO REASON!! It seems there’s a part two, I hope that one’s better than this crap!

Limit Break May 27, 2013
Really good and fun! and I like the idea of having 3 classes that you can play and in the middle of the battle, but theres no rewars after you finish a dungeon, you only get golds from enemies thats it.

Thomus King November 15, 2013
But too buggy.I noticed a path north of what I had assumed was a starting area. My avatar falls through the ground geometry when I attempt to go through that area. I believe this is intended to be an arena survive waves of attacks type game. This title would actually be entertaining with bug fixes.

Mike Bentley January 13, 2015
Not disappointed? Who are you trying to kid? Absolute rubbish. The graphics are the only good thing about this expression of greed. Can’t start without spending, only the first level is doable and the starting gold is just not quite enough so you have to buy more. Very transparent.

CK Hawk February 21, 2014
Nice graphics ,poor player movement in fights, poor character development , wave after wave , you just stand there and fight no exploring or questing =boring.. And its super hard in the start they force you to buy in app gold and items to succeed .DELETE !!!!!

Octavio Chavez May 26, 2013
Every time I put that game there this colers line that come out that don’t let me play that game.so ill wait for that update to play it. Never main I got it working again I waited five minutes to play it.

Mary Ann Silva May 26, 2015
Its good but its too short…..maybe itll be better if you make a long journey every map and more drops from monsters….I’m hoping for character customization…. I’m looking forward for the changes….its good keep up the goodwork^-^

McDonnell Teddie February 15, 2014
The game is fun and love da graphics but it unfair that u get no bonus or reward o something after finishing a level en staff please add that

Infamos Wordz August 25, 2013
The hit areas are a lil off but that’s the only issue I’ve seen so far. Maybe add some more classes? It’s nice to.have player choices and options thats what makes rpgs interesting

Sani Mustafa February 14, 2016
Small sprite with dark gloomy graphics. Why do the devs called it Battle of the Saint, I wonder. Battle of the Underworld is better suited, me think.

Fnc.zinraimez. Jcqwerty August 30, 2014
Whyit is when i open it2 restart i really love this game. When i read all the conversation in part of this game…plss fix it il give you 5 stars promise.

Tam Nguyen September 13, 2014
control is really buggy. the lightning mage do the chicken dance after 3 or 4 continous attack.

mr derp May 23, 2013
I love the fact Ur able to switch between different characters right in the middle of the fight .if updates are coming up I can’t wait for them.

Kulayo Miguel July 31, 2013
Good graphics seems like a nice game but i wonder, how am i going to exit the game ? Im giving it 5 stars bt without the exit 3 stars for now.uninstalled error on upgrading.

AdzMak May 28, 2014
Has a lot of potential just needs more things to do and bug fixes. But for now just an average rating ?

mzjanis O September 8, 2013
First I like the title of the game. That grabbed me.. the grafix are good and I like the hints given during game play.

Mikko Tonichi August 31, 2014
I don’t get enough money and add other skills and add some swords and all you need to add.

Janus Cruz May 26, 2013
Control button isnot very responsive. What is the use of switching from one character to another , if they dont regenerate health and mana.?

Wesley Quaye March 4, 2014
When I open the application it then closes by it self please fix this till then it will be a one star rate

Alfisyah Akbar February 18, 2016
The game have perfectly graphics i cant found exit button? I can’t exit game everyplay. Please fix it. I will give 5 stars

Nico Angelo Salcedo June 25, 2013
The graphics are good but where’s the bonus or the reward after clearing the stage or the floor? Need to add some stuff’s like that ? But overall still a great and nice game.

Dianne Mayflor Quilates May 27, 2015
Game is so hard ..and one more game is lag and its better if we can pick only one character and we can customize and buy weapons..

John Deniel Santos July 7, 2013
Please make an exit button to exit the game, the game will run in background if I use home button

UnknownJuly 14, 2013
I can’t exit it, back key does nothing and there is no quit button ingame.

Joseph Gibson May 27, 2013
Nothing will load fix and I will rate again

Leonid Litovski June 4, 2013
It is addictive just be inside the sheer demonstration of power of its animated 3D CHARACTERS, on the other hand, it either lack of time or consensus by designers or simply ignorance of producer, whatever, its ugly to look at. Sorry, but its true.

Joem Carl September 11, 2014
Why some players use real money on this game ,if u can hack the gold ,just use game killer that’s it u have unlimited gold

Developer jianglei October 30, 2013 Hello, thanks for attention Saints, this game is a pure stand-alone RPG game without networking.

Glenn Carbungco May 30, 2013
The game has potential but it needs a major improvements before it can compete with other games with the same genre.

Youssef algeria December 6, 2015
Great game because I can play the game with no connection but new characters use them free

Yancy Mcmurray January 23, 2014
Need to make it so u can get money faster, without money u can buy health or get better weapons

Alexander Ortiz October 29, 2013
I download this game first thing I see that the game doesn’t open, I try again same thing gets stuck so can you tell me what is going on!?! -.-

Developer jianglei October 30, 2013 Hello, thanks for attention saints, saints for LG mobile phones currently support there is a problem, but we immediately out of the Saints version 2.0 will add a lot of new features and gameplay, please pay attention ~

Rebz The Guru June 3, 2013
I love this game n the fact u can play 3 different characters, my favorites are the 1st one n the 3rd one! Over all a good fun addicting game a must have for any gamer on the road!

Ruebin Dunson May 22, 2013
Its up on my A-list. Great graghics..great game play. Having lots of fun with it.

Audifacy Nyambu October 4, 2016
This is the closest game I’ve found close to God of war the Ps game..please update this game…i know 2 is out but i like this better 2 seems more of like a kid game and quite immature..make this game become the Android God of war

J Ocasio February 27, 2015
Couldnt even read the character class descriptions as it was in some english rubbish. Messed up game. Try it out and decide yourself.
Tags
jianglei