Pathetic controls. After touching the bar moves not in steps but rapidly to touched point on screen. So useless game. 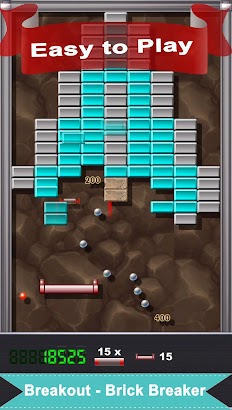 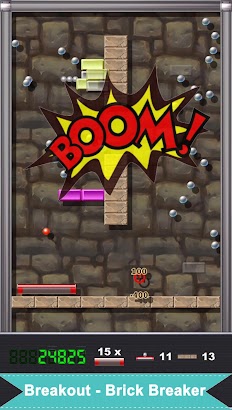 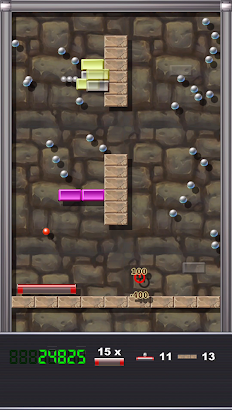 Brick Breaker: Block classic – The best of retro game use ping pong for android ever! Join game will take you to a excellent story. Speacilly,it is funny and easy to play, addictive brain teaser breaker style 2D game. More than just entertainment, it’s designed to improve your concentration and mental ability to do successful strategies to move up to next level.

Block Brick Breaker Classic is the best arcade game you need to play! So Why?

⚠ It has more 500k downloads for a little time.
⚠ It get many five stars from user around the world.
⚠ It get not much time to arcade and make you relax.

Features of Game:
? Many levels and speed
? Use ping pong to break brick easy
? Carefully recreated classic Brick Games
? Familiar controls that was transferred to the touchscreen
? Share your high score with your friends, family, others via social apps
? Classic interfaces and sounds

Imagine: You become breaker hero and your goal is to destroy all the colored breakout bricks to pass to the next level. Some bricks will give you power ups to boost your game progress like extra ball, larger pad and of course, an extra life! Do you feel comfortable for starting?

Vaibhav Yawalkar September 30, 2017
Pathetic controls. After touching the bar moves not in steps but rapidly to touched point on screen. So useless game.

Martin Todd October 8, 2017
Bright Happy take on a classic.All the score drops are fun but so frustrating

Graeme Mitchell June 30, 2017
This is as close to the original ZX Spectrum 48k game I’ve seen so far. Brought back great memories from childhood, playing this on my very first computer on xmas morning. There are other fancier brick breaking games out there but i wanted to get as near to the original classic style as possible. Sure, it’s not perfect but very enjoyable.

Developer BIGMOGAME July 6, 2017 I’m sure you are a great person. We will try to create the best classic games for you.
Now, we have game mario, retro game and tetris, chicken…Do you want more?

Sally Hilton June 17, 2017
Great game, easy to play and a little addictive. It would be better if there was an option to rotate to landscape and, whilst I don’t mind adverts, I think having one after every single level is a bit excessive

Steve Sheetz July 21, 2017
Great game, fun, easy to play.Seriously, please make a paid version without ads.I, like most people, would happily pay a few bucks to get rid of the annoying ads.Honestly, the only thing keeping me from giving a five-star rating is the constant flow of annoying ads.

Kevin Stangvik August 10, 2017
Almost perfect, great throwback to the old brick breaker games! Only small issue is that it will occasionally be glitchy and the ball travel path isn’t smooth, which can be difficult to track especially at higher speeds in later levels.

Luke Welch June 21, 2017
Please add option to pay for add removal. The game is a lot of fun, but the adds get very irritating.

Ryan Corley July 13, 2017
Too many ads, but it’s also free. Wish the ad at the bottom was removed so I could move bar without covering it up with my thumb.

James Morgan May 20, 2017
A fine executionof a nostalagic favorite.

Raynisha Jackson September 8, 2017
Ball moves too slow. Needs options to speed it up.

UnknownJune 5, 2017
Should have the ability to not save the game when finishing a level or to confirm the save.

Akhlaque Hossain May 19, 2017
More life need for each level

Billy Mcnally August 2, 2017
Game is a challenge and colorful. Great to pass the time.