Awesome game, tight controls, great retro audio. The whole package feels like something that would have come from Sonic Team in the early 90’s (minus the hedgehog) Pure, fun, tough (in the later levels) platforming. Still a small bit of occasional micro stutter on adreno​ 506, but not deal a deal breaker 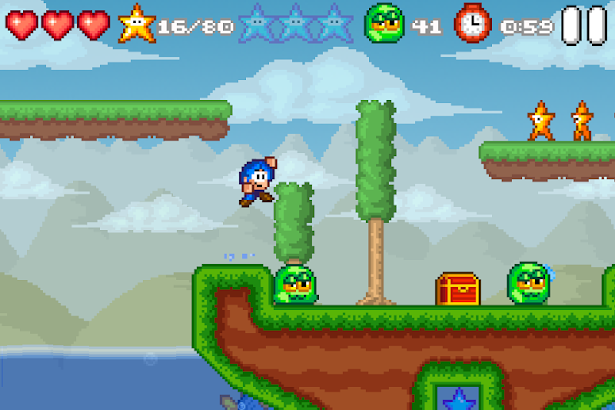 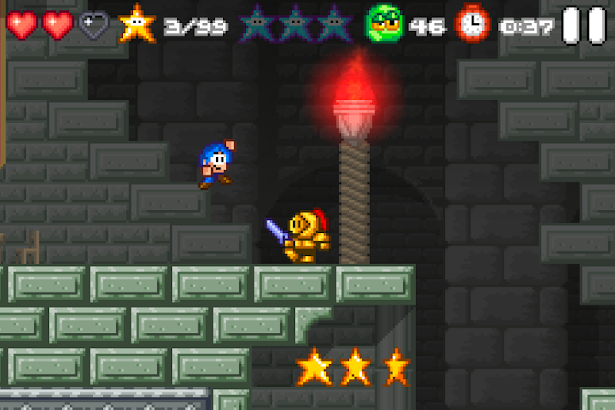 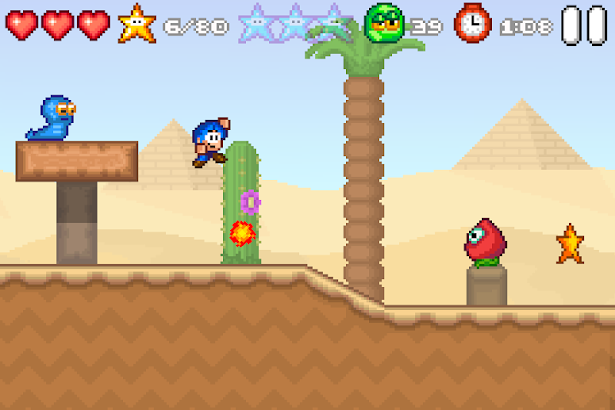 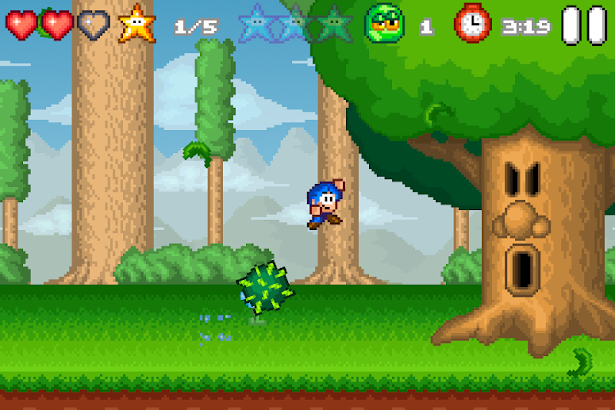 The long awaited sequel to the award-winning platformer “Bloo Kid” is here!
After rescuing his girlfriend from the hands of the evil wizard, Bloo Kid and Pink Girl enjoy life with their newborn “Pink Kid”. But then, a whole new adventure starts just out of the bloo…

Bloo Kid 2 is a classic 2D retro-style platformer experience with lovely designed pixel-graphics and a full chiptune soundtrack. Run, jump and swim your way through three huge worlds with nine levels each. Master brutal bossfights and discover lots of secrets in the world of Bloo Kid 2.

Brody Shell June 21, 2017
Awesome game, tight controls, great retro audio. The whole package feels like something that would have come from Sonic Team in the early 90’s (minus the hedgehog) Pure, fun, tough (in the later levels) platforming. Still a small bit of occasional micro stutter on adreno​ 506, but not deal a deal breaker

Allison Piatt January 28, 2017
The only thing I don’t like is that when you die there is always an ad video…But everything else is great ???

Tish Allen May 15, 2017
take away the move that the green knight has the one where he bounces around the room

Gaming TT February 27, 2017
I liked it but the only thing i did not like was when ever you die there is a ad and when you win

Danny Z July 6, 2017
I really liked this game so satisfiedhope they make a 3rd one

SenpaiGamer224 IS SUPER COOL! October 2, 2017
I love the game. The story is too short, please add more levels or add a level editor to make custom levels and play other people’s creations, you guys should make bloo kid 3.

Ismael Navarro August 1, 2017
It takes up almost no space and with such good gameplay I love it I’m speechless. Make a Bloo Kid 3 please!!!!Make more levels and bosses. Please and I will download Bloo 3 the second it’s out

Petros Spn March 18, 2017
It is by far the best and most complete platformer you will ever find for Android.

Jamie Smith March 16, 2017
Mario like game you have to save a baby girl awesome!

Junior Koranteng August 21, 2017
This game is an absolute must get and play. The music is wonderful, the presentation is amazing and is surprisingly just right.

UnknownMay 26, 2017
Aseome I love it I got it on my grandads iPad and its great

Bhathiya Vishwatha November 14, 2015
Awesome game with cool arcade style graphics and physics similar to the world famous beloved side scroller, MARIO. But have a minor issue with the controls cuz sometimes its so hard to maintain the landing spot when tryna hit a creep on its head.

Hangul Lim October 10, 2016
If anyone likes playing platformer games like mario and sonic, u should definitely try this. The control is very responsive and tight, and each level provides many various goals to achieve(they are somewhat repetitive, though).

Marko Milenkovic November 3, 2015
Hello there. Im on samsung Galaxy Tab 10.1 and Samsung Galaxy s3 neo, and after the game start’ s instant freeze and i can’t tap anything. Why? ?

Scott Grundy January 12, 2017
This game is Incredible and Original I give this game 5 stars for it cut throat entertainment not to mention the cart ride level crazy good fun can’t wait for Bloo Kid 3!

AntMan151 October 31, 2015
Trying to do some parts without being able to run is difficult. But honestly that’s my one and only issue with the game. Add running and I’ll give 5*

Jai Aggrel February 14, 2016
Very responsive controls. Much replay value. You can replay stages to make sure you kill every enemy, collect every star and beat the stage time. Wishing this company well.

UnknownJanuary 26, 2016
The best game for android i have played so far ! There are a few modern effects that remind me it’s not a real 8 bitgame which is the only downside but the game is challenging, has great character design, very good music and reminds me of great games like Super Mario and Alex Kidd. Highly recomended !!!

Oggy Shopov January 19, 2016
Brings back wonderful memories of Sonic, Jazz, Secret Agent, and many more of the classics. (And Altered Beast! ? )

aaron quijano October 30, 2015
its all cool but make it compatible with a keyboard without a mouse please. and add support languages like Spanish and others so people from other country try it.