Hone your Boxel skills and beat your best times for FREE!

Extremely challenging Despite its awful looping background noise which can’t be disabled and its lack of a landscape mode, this app is so frustratingly challenging that I keep coming back to it. Excellent work. 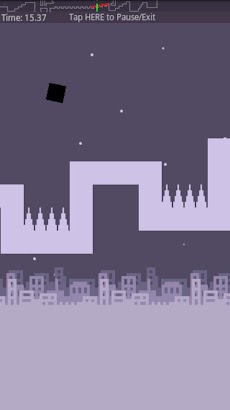 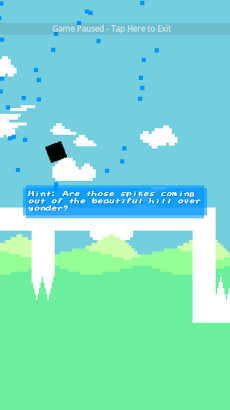 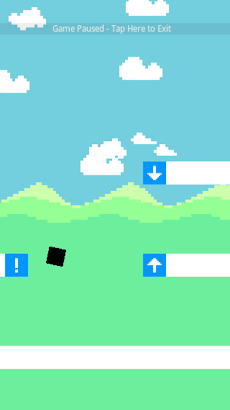 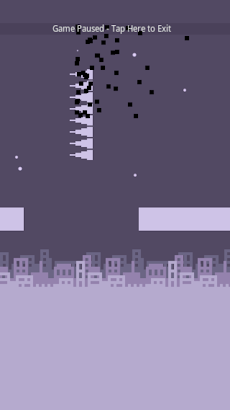 Skillfully navigate through 3 unique level packs. Master your jumps and conquer your best time records. If you enjoyed playing The Impossible Game, you should give this app a shot!

Altay Hunter January 15, 2014
Despite its awful looping background noise which can’t be disabled and its lack of a landscape mode, this app is so frustratingly challenging that I keep coming back to it. Excellent work.

noah rose December 13, 2016
The game is stretched to 1/4 is seen. And some spoke aren’t shown. I love this game and beat it on multiple devises so im sad it doesn’t work on my note 7

Developer Doppler October 5, 2017 Hi Noah, thank you so much for playing! I recently released Boxel Rebound for free, and it runs great on the note 7. I hope you enjoy!

pavel tymul November 10, 2013
Thank you very much Mr Developer. I have thoroughly enjoyed this nightmarish creation of Satan. You are one evil evil mastermind dear Sir. This was a simple but surprisingly and deceptively difficult experience and the thorough feeling of satisfaction and self praise upon completion of the game, I believe, is what makes this game amazing. I highly recommend everyone to play this, but, heed my warning you short tempered souls this game is ridiculously rage inducing and I suggest you cover your devices prior.

VemueZ April 26, 2014
Brilliant and challenging game which sometimes can get quite frustrating XD. I loved those hint boxes. Everytime I miss one, I have to exit and play the same level to hit those hint boxes. Hilarious!

CJ Penido August 27, 2013
I thoroughly enjoyed playing this game while pooping. I also got my whole office to play while they poop. We have a leaderboard posted on the wall with top scores while pooping.

Abed Nadir December 23, 2013
I like the idea, but there appears to be some random jitter at times, and taps that don’t work, which causes a lot of unfair deaths. Kinda annoying

Eli Sicken February 27, 2014
Would be a great game if it weren’t for the lag. The lag causes you to lose precision required on many of the levels.

John Markle March 7, 2013
Makes you want to finish it as soon as possible. Good combination of easy and challenging especially after level 15.

Saadiq Daniels September 8, 2014
A great game but, to me, seems like another version of The Impossible Game – better than most copies but it still seems generic.

Jason J. March 6, 2014
Works great and looks pretty good, only complaint is the lack of levels, but I expect an update in the future

Justin F. March 29, 2016
And I am just amazed with the amount of quality that you managed to squeeze into 600kb of a game.

paige landry June 2, 2013
Truly awesome addictive game that is not about conning you out of money.Well worth a download!

Ivan đanić January 2, 2014
This is proof that it’s not all about good graphics

Mattia Vecchio August 8, 2013
Made me freak out a couple of times…awesome and simple concept, keep it up!

Shani Azinova February 21, 2013
I haven’t played a game like this before. New to this kind of view and logic . Keep it up. Congratulations to the development team.

stefan schober thomson August 8, 2013
This is great but I think its a little short and easy. I beat it within the first ten minutes of getting it.

Motiejus Osipovas January 15, 2013
This game was fun, fast and challenging!

Jose Martinez February 3, 2014
It’s good thanks hi made this game:)

Chris Craik December 24, 2012
A surprisingly well made game, reminiscent of Super Meat Boy, but somewhat easier/simpler and very well suited to touch controls, or like Canabalt with some wonderfully clever level design.I’d love to see it scale up on my Nexus 10 a bit more gracefully, and the level blends a bit too much with the background, but still, 5 stars

Noah Weninger January 1, 2013
Got to the last level and have been stuck there for a week… I’ll get it eventually

UnknownDecember 4, 2012
I love the game and that you released the source code to the public, Keep up the great work!

A Google User November 20, 2012
The music in this game is super awesome! It reminds me of the good old days of 8 bit sound. Aside from that the levels are very fun and challenging. This is a great time passer and you definitely won’t get bored playing it!

A Google User November 13, 2012
This game is simple,yet challenging and very fun!

A Google User November 5, 2012
I like it, nice and simple, fairly derivative, as you say, but not to the point where it’s annoying. Interface works well, and the minimap is cool. For an extra challenge, try playing by only watching the minimap ?

A Google User November 5, 2012
I really like tha game, very fun to play and has challenging characteristics ?

Jash March 18, 2013
Doesn’t jump until about .5 seconds after I tap the screen. Am I the only one this happens to? I even tried lowering the graphics to possibly solve this, but nada
Tags
Doppler