Good, not Great…but Fun Good game to play in your free time… specially while rendering some animation ? 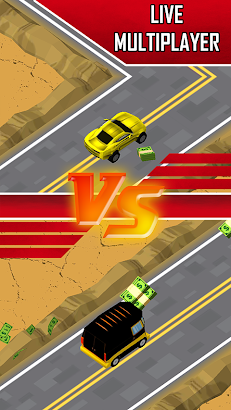 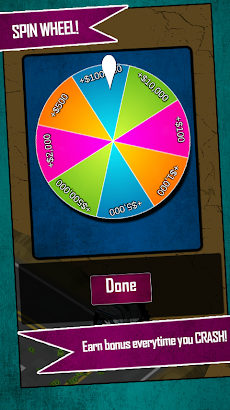 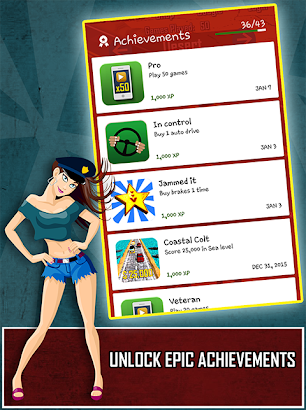 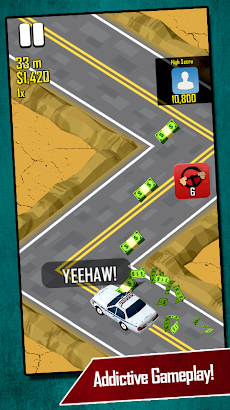 ‘Cash or Crash: Getaway Drive’ begins with an explosion that led to destruction of a bank in the midtown. The coins were scattered all over the place, post explosion, as the robbers evade and run away from the scene in their racer car. This started an endless rally race between the cops and the robbers on the zigzag highway spread ahead.

As a player, your objective in this game is to accelerate your car and try to drive smooth through the zigzag freeway while you collect coins. In this freeway, there is no such thing as a checkpoint or traffic.

Just tap to tilt your automobile while racing and evade crashing. Evasion of the twists and turns as you collect cash will boost your score. As you play on, you get faster using nitro, increasing your difficulty for handling. Crashing the car while on the run will lead to its destruction and the game will get over.

This game is a great combo with a racing car, cash and the endless auto rally race on a traffic and checkpoint free open road ahead.

This game comes with stunning graphics, smooth game play and a combo of additional features like auto drive to give you a break from having to tilt, cash magnet, brakes for the evasion of increasing speed and to curb the nitro etc., some of which you can purchase and boost your score. It’s easy to make an in game purchase.

So get ready for amazing graphics and to accelerate your car like on a midtown highway with good handling skills and control.

Wayne Fernandes March 10, 2016
Good game to play in your free time… specially while rendering some animation ?

Ganesh Kurade January 23, 2016
Had real fun!!! Best feature of the game is autodrive. The graphics are really cool. One should really try out this game! Good luck ?

Girish Bellani January 14, 2016
Superb Game, Addictive too. Only problem is adds come in middle of game which Is annoying, rest ??#GameEon

Megharaj Malankar January 14, 2016
Level of difficulty after some time is a bit difficult. But very addictive!

Ernesto sibi January 15, 2016
Simple, energetic and really fun to play. Yet another great game from the team. Hunger for more

Manaswit Shinde January 15, 2016
Started playing this game for a few minutes and then realised hours had already passed

Pratik Lotia January 14, 2016
So many variations available. One can’t get bored of this. I’m addicted to this now. Fantastic Game.

Pritish Kamath January 15, 2016
Simple to play… Quick on the reflexes… Addicted in a day… Best fortime pass… Have already hooked three of my friends on it…

Akshat Jain January 20, 2016
This game is just awesome…. I loved this game.. I am very choosy about the games but this game is great…

KAVITA SHAMBHARKAR January 15, 2016
I normally don’t play games but this game is awesome. ..

Prasad Kajarekar January 16, 2016
This game is very easy. Even my 3 year old nephew is engrossed into it. Driving on highway is super fun.

Nikhil Bari January 16, 2016
Good work developers. It could have been better but full marks on everything.

Kushal Rathod January 17, 2016
Frequent Ads are a mood killer though.

Manas Chaturvedi January 15, 2016
Really addictive and plus it’s free. Definitely a must try

Jyoti Patel January 14, 2016
Awesome game, loved it, I am playing it on and on!! Getaway drive is awesome

Sai Sawant January 18, 2016
Great game.Easy to play.Also it gets addictive once you start scoring

Ruthvik Srinivas Murthy January 15, 2016
Awesome game,easily got hooked on to it.