Play now and try to create the biggest territory!

Wow!!!This game is amazing.When I played it 1st time , I was thinking that all are eliminating me only.Then after playing it so many times I got this result now ‘29.88%’.But I was so close to 30. I Enjoyed this game a lot. Now always I play this game only. My name is Arshdeep Singh but in the game I kept ‘Player54123’.This game is like bricky.Ketchapp company makes the best games.And this one was the very very best game of this year.When my battery becomes low to 15%, then after 5-7 minutes,I saw my batteryis in 13%!! That is why I call this game the very best game of this year and low battery use. and I forgot to tell you that it is no add app.However Ketchapp is the best of all other game companies!!!! 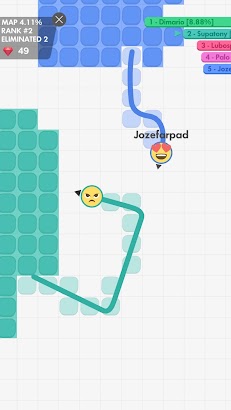 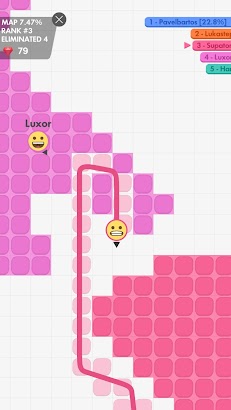 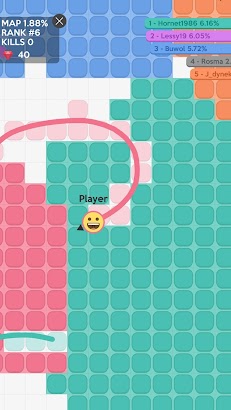 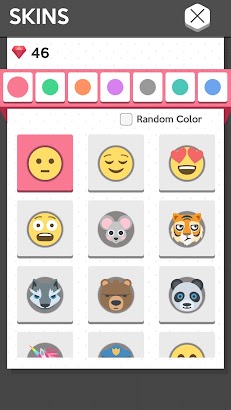 Clash.io is an addictive and fun IO game where you have to conquer territory, hit enemies and try to find the way to win the match. But be careful, other players will not let you do that!

Play now and try to create the biggest territory!

Arshdeep Singh September 29, 2017
Wow!!!This game is amazing.When I played it 1st time , I was thinking that all are eliminating me only.Then after playing it so many times I got this result now ‘29.88%’.But I was so close to 30. I Enjoyed this game a lot. Now always I play this game only. My name is Arshdeep Singh but in the game I kept ‘Player54123’.This game is like bricky.Ketchapp company makes the best games.And this one was the very very best game of this year.When my battery becomes low to 15%, then after 5-7 minutes,I saw my batteryis in 13%!! That is why I call this game the very best game of this year and low battery use. and I forgot to tell you that it is no add app.However Ketchapp is the best of all other game companies!!!!

Shaughn Brown September 22, 2017
This game is cool. Very easy to 100% because most the competition seem to be children. My low review comes from the ads locking the game up repeatedly as they swap out ads. Your controls become stuck and you suicide forwards at least once every 30 seconds. Hard to manage until you’re used to it.

Maya Rhoda September 19, 2017
Even when your invincible you still can die. I don’t think you guys know the meaning of invincible not to be rude but get dictionary and look it up. And it keeps asking me to choose account, really frustrating when your in the middle of a game.

Gentry Perry October 15, 2017
This might be a fun game, I guess I’ll never know. Upon loading the game shows a tutorial screen. As soon as it loads an ad loads on top of it (definitely literally baiting you to click on the ad) anyways that forgivable, whatever, ads pay developers. However as soon as you click on the ad or close out of the ad the screen is unresponsive. I’m unable to even play the game because of this blatant broken ad. Lame, Ketchapp, I like most of your games. ?

Per Olsen September 13, 2017
awesome game BUT LAG. I got a stable connection and low ping (speedtest) but no matter what i ALWAYS get short delays/lag spikes. Fix this, then I’ll call it a 5 star game(tested lag on multiple devices and networks)

Matt R September 16, 2017
Why do none of your games integrate with my Google play account correctly. It asks me to choose my account after every round and then proceeds to freeze any inputs for 30 seconds afterwards.

Riley Ravercall September 20, 2017
It’s a shame that it’s fake online, I can play without an internet connection, but I love the plot of the game, but deleting because I only want online, will re install if it ever becomes a true online game. -Dissapointed

First name Last name October 6, 2017
Controller support would be epic, can’t tell if it’s multiplayer but if it’s not then you got work to do.. Gameplay literally has me distracted for awhile this kills time quick. Also consider adding clan / territory war type thing

Kathrine Meyer October 8, 2017
Addicting but super fun. wish I could see the whole board at once especially since the players never fully die off, more keep adding.

Mohsin Ali October 7, 2017
This is awesome but the controls keep on lagging. And this never let me surpass 67% and unlock speed booster. I’m still confused whether to hit an opponent or not because it sometimes beat the opponent or sometimes the opponent beats me.

Legal Translations October 11, 2017
Game is very cool. I hope they launch the online game play soon because right now you are playing against only bots and it is pretty hard.

Mirza Farrukh October 14, 2017
Awesome game! Great Twist between Paper.io! Amazing graphics, easy controls, and I can never stop playing! It gets boring at times because all the players suck, and it’s so easy to stay first forever. Other than that, it’s still a good game!

Javier París September 14, 2017
It’s a good game (a copy of paper.io) but you play alone… Come on, at least try to do it right, when you left the window, the game freeze until you turn back

Sophia Bianca Tubio October 15, 2017
I really liked it a lot but um the controls were um… hard to use so I wanted you guys to improve that

Kyle Barr September 12, 2017
The game is fun, but when you die at 36% and your game freezes on a black screen after playing a “continue game” ad, it’s kind of annoying.

Zach Lerdahl September 18, 2017
This is the first phone game that I achieved a top 1% score in. It’s actually pretty easy once you know my super secret technique.But I’ll never tell…

Kashaf Zahra October 12, 2017
Good game but it should have been better if there were real online players because we can also play offline but they are just like when I am online and they look computer controlled Plz inform me if it is online when I turn on wi-fi

Maxim Gunz October 4, 2017
Good game, but take AdColony off of your sponsor list. Their ads freeze the game and you have to start over from 0.

Leah Offen October 4, 2017
Love this game!Not much else to say i would prefer different adverts because im getting sick of homescapes but otherwise terrific!

UnknownSeptember 22, 2017
Amazing, love the game its so good and it has really good gameplay. And I defintly enjoy the game and its very good!!!!! But I would enjoy it more if they could make it so every day you get a nother character

Barry K September 28, 2017
Controls are just ok…. often the ads you have to watch to get stuff will lock up the app and then, they get your view, but u get NOTHING!

Keira Lamb September 23, 2017
Its a cool game. I’ve played it so much in the last two days my thumb now has a blister ?

UnknownOctober 4, 2017
Its a really superb game you don’t have to think much, totally easy and its really helps when stressed ? Thanks Ketchapp for making such an amazing game!! ?

KillerWolfLGT gaming September 12, 2017
It’s amazing it’s the best game ever if u think it’s trash I need to ask if u good br

Katie King September 19, 2017
Overall, very satisfied with the .io game. Laggy here and there, but love the invincibility. Sets it apart from most io games.

Tasos Maschalidis October 10, 2017
Very well made. Sometimes I don t get why I lose or win. A better and more detailed tutorial about the mechanics of hitting the enemiew would be good. Very enjoyable nevertheless

Kayla Wilson September 28, 2017
It’s dumb how you can cut ppl off from their drawing lines I have fun but it’s dumb that u can do that I think it should only be in the front to kill them so then ppl have a better chance of playing and I’ve only been playing for 10 mins and it’s just annoying that,that can happen

Jessica Dennis October 9, 2017
Love this game soo much but now i have filled the whole square and have to do it again so they shouldmake a level 2 with a larger square but really recomend this game

Ika Ashari October 2, 2017
Sometimes the game would freeze, when I touch the screen to turn the pawn, the pawn would just continue going straight/not responding to my touch

UnknownOctober 10, 2017
Stupid game I have ever playedIf u believe me than don’t download

sajjad ghasempour September 17, 2017
Hi If the amount of home occupied was usurped by the loss of each person, the game would be more appealing tank

Cameron Shepherd October 5, 2017
I only had to read your ratings to turn me away and i uninstalled asap…Get the game on

mark foster September 12, 2017
Thank you for fixing your game, it is fantastic to play and very addictive

Niamh Hanley September 17, 2017
I love the skins and I love it my high scoreis 50%!!! I would recommend it but I think it uses wifi
Tags
Ketchapp