Perfect cinema I don’t know why the low reviews are showing at the top with complaints. It seems like every issue I read before I bought this app was fixed. Lock screen! Yes! No drift! Alright! Watch YouTube videos?! F**k yeah! It all works can connect to my home network and watch videos off the external hardrive. As good VLC Media player my favorite player. This might take the cake! Keep up the good works and updates, but so far for galaxy s4 works perfect with the Google cardboard. 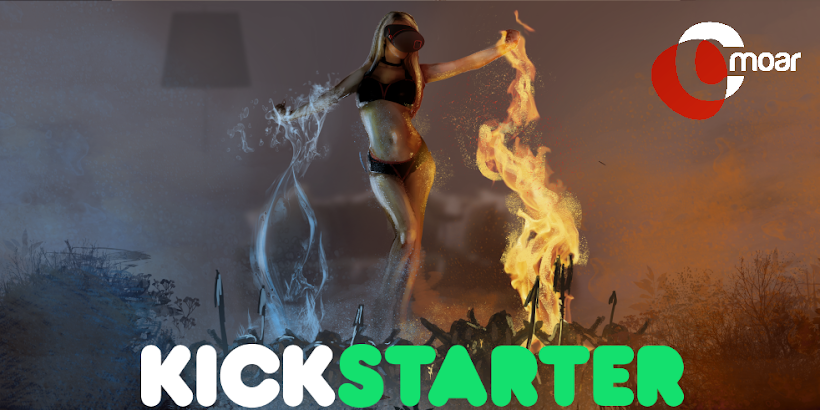 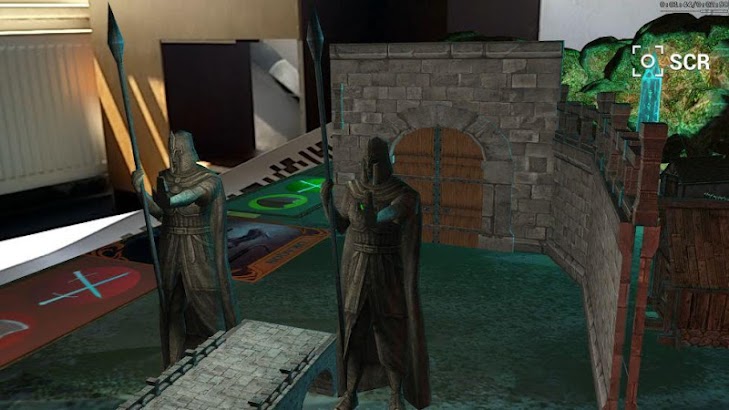 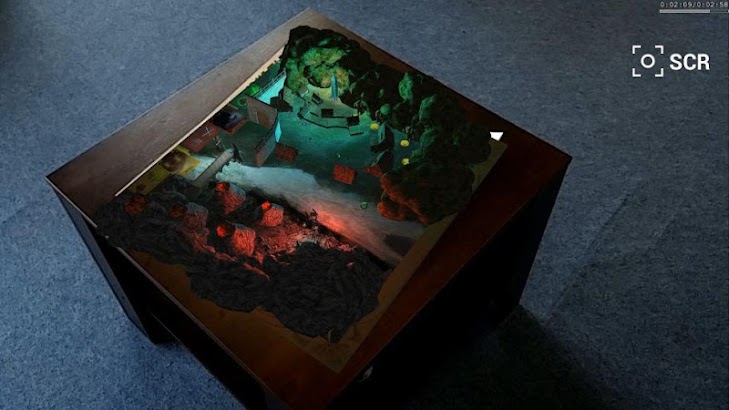 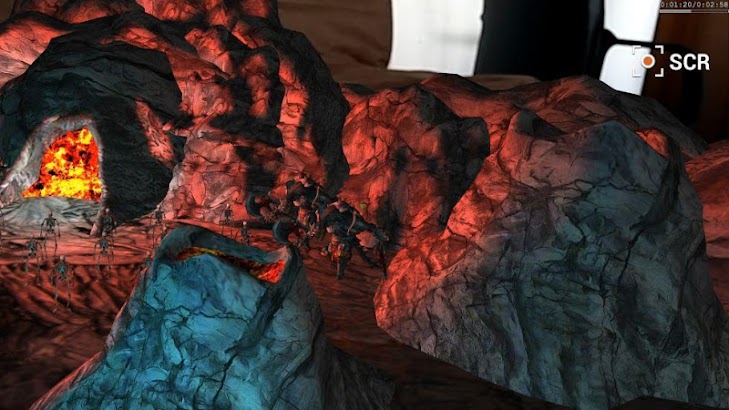 You’ve never seen anything like that before! We are the first in the world who augment the reality to an extent that makes playing with your friends an unforgettable experience.

If you do not know what Cmoar is find out here :
https://www.kickstarter.com/projects/706938033/cmoar-personal-smartphone-viewer

Download the game then print http://cmoar.pl/cmoar.png and you are ready to go!

Sit comfortably in your chair and enjoy a fully interactive game that is generated on 3D board. Feel free to approach all the elements and take a close look at them from different angles thanks to augmented reality! .

Game is dedicated to high-end devices but we’re doing our best so that it could support as many devices as possible.

keith Robinson September 21, 2015
I don’t know why the low reviews are showing at the top with complaints. It seems like every issue I read before I bought this app was fixed. Lock screen! Yes! No drift! Alright! Watch YouTube videos?! F**k yeah! It all works can connect to my home network and watch videos off the external hardrive. As good VLC Media player my favorite player. This might take the cake! Keep up the good works and updates, but so far for galaxy s4 works perfect with the Google cardboard.

Mark Jensen October 1, 2015
I’ve now bought Cmoar gaming’s paid apps to support what is clearly a gifted group of devs.The negative reviews of this RPG demo are probably not reading the instructions to get the png game qr code game table.That said, once you activate the qr image a very cool D&D RPG 3d table pops up in your living room, kitchen table or whatever you are.The game has little point at this time but it looks so cool!You can already interact some with the 3d characters but the 3d pop-up blew me away!

Developer Cmoar October 6, 2015 Mark, thank you again for your support and great reviews. We’re planning to develop Cmoar AR RPG in the future, so you could interact with the characters somehow ? It’s going to be even more fun!

Nolan Naizer June 20, 2016
Launches a blank screen with a button that asks you to donate to Cmoar. Really? Really… Fix your apps… Cmoar, ever wonder why your apps are rated below 4 stars? Here’s a hint: They’re all broken in some way that makes them unusable. Fix your apps.

Trem Feighery February 17, 2016
It looks pretty cool and shows how AR can be used for gaming. Any chance you could give an option to change between 2D and VR though? I don’t fancy VR for my phone and it’s easier just moving your phone around the scene than having to move your head around with it too. It would look cool on a bigger tablet screen too.

UnknownDecember 29, 2015
The concept looks cool and would love to try it out but the link in the description to the image you need to print appears to be broken. (I tried accessing it in Firefox and received the message “page not found”). I’ll happily rerate this if the link is fixed. Could benefit from a message at startup indicating you need to print something.

Developer Cmoar January 27, 2016 Alex, could you please give it another go? Now it should work fine.

Joseph B February 14, 2015
This game absolutely blows me away! There’s something captivating about placing the AR card anywhere in a room and watching the battle unfold. Borrowed a friend’s Cardboard setup to test in true stereoscopic and couldn’t stop grinning. I can’t wait to Cmoar!

Developer Cmoar May 5, 2015 Thank you very much Joseph! We also do appreciate the magic of AR ?

Christine Tan February 24, 2015
Haven’t actually played the game yet but it looks really good!I was surprised at how closely you could zoom in!Btw, the first few times I opened this app, it would crash before ever viewing the camera.I’m not sure why… but it seems to work completely fine now!(I have a sony xperia z3)

Developer Cmoar May 5, 2015 Good to hear you managed to solve the problem ?

Don Underwood August 26, 2015
You guys should put that it is just a demo in the description. It looks amazing. I hope you guys get it going. Great concept. Love the real world interaction with hand. You might be able to incorporate “ar wands” that could also do things with the game? Just a suggestion. Good job guys.

Developer Cmoar September 23, 2015 Thank you Don for your opinion and suggestions. Perhaps we will develop AR RPG and add some new functionalities to it ?

R B March 8, 2015
This app starts up, I get the blue ribbon “support us”, and then it just crashes back to Android every single time.I haven’t been able to run it not even once.This is on a Note 4.

Richard Dawson November 21, 2015
If you are looking for a fully functional RPG game this is not for you. However if you want to see just what is capable with google cardboard give it a try. The AR elements are some of the best I’ve seen and are inspiring examples of what the future might hold for cardboard. Great idea, and immensely well executed. Bravo!

Developer Cmoar December 1, 2015 Thank you very much, Richard! That’s the whole point of this – to demonstrate AR capabilities ?

Jeff Wright March 1, 2015
It’s a great demo of the possibilities but the enemies stop after the first wave. Well done! Can’t wait for the cmoar vr headset!

Developer Cmoar May 5, 2015 Thank you for you opinion ? It’s just a demo app, you’re right that demonstrates the possibilities of AR. Perhaps, we’ll make a complete version in the future.

andy o’connor August 9, 2015
AWSOME blue circle.Where ever I turned my head I could see the blue circle in my flat.Always wanted to see a small blue circle outline floating around my flat.

Brian Jones April 10, 2016
Just a DemoWith that said the concept is awesome!I would love to see an AR RPG with character classes superimposed on other player characters. Then the game could be played like a LARP.Please finish this. I would love to see lots of games with multi-players using this AR technology.

Antonín Křivohlavý January 19, 2017
The image is upside down on LG Nexus 5X. I’ve read that this problem is somewhat caused by an old camera api, so it may not be just developers fault, but i still could not play the game. I will of course change my rating if this is patched ?

Niel Rivera April 9, 2017
This demo rocks,really enjoyed watching it on my vr box.So great to see it really really close.Hooe this develoos into a real game, then that will surely rock the ar world.Keep up the good work guys and will be waiting for the full game.

Astro Cog May 8, 2016
It works, at least as far as printing the paper out and a village popping up. It doesn’t seem to do much else. I can tell three rock creatures to guard or attack, but I can’t interact with anything else or get them to move as I want. And I don’t seem to be able to control the troops. Not really sure how to play this, it would be nice to have a user guide or tutorial or something.

Platinum Angel June 12, 2017
This is literally just ridiculous. . No instructions no action.. yes i printed the board yes i cud see it. But No action just a very very beginnings of a game.. this isnt evn beta test

herb hall May 22, 2016
This works great for my noon vr, goggles to see through my camera, I bought the cmoar theater and love it, but was wondering was there a game that comes with this app? Or is it only to see through my phone camera?

the cossmos gaming January 4, 2017
Great app I love it can you believe that all you need is a piece of paper and that’s it it’s awesome keep making more awesome apps cmoar because this is a 10/10

Zac White August 27, 2017
Gave it 3 stars cuz its a cool concept. Its not working on my phone tho? When i start it the camera opens up but nothing elsr happens..

Hugh Mungus November 29, 2015
Love your cinema, and now this! I know this is just a demo, but this game will be really successful once fully developed.

Developer Cmoar December 1, 2015 Thank you, we appreciate your great review and valuable comment. Who knows – perhaps we will make a regular game out of it later on ?

Santhosh ps December 16, 2015
that png link is broken please provide correct one and its still broken? U did reply but didnt fix?

J -GAME BOMBERS September 18, 2016
Some of the skeletons get stuck on bridge and stay there.

Kayla Wolf January 28, 2016
All I see is a black screen with a green button saying tap here to support us. I tapped it but nothing happened?

Brandon Head October 17, 2015
Gets stuck on add when starting up. S6 edge plus

Robert Hardy March 22, 2016
The camera flipped upsidedown and nothing else happens

ryan bowes April 14, 2015
Pretty. Have no idea how to play but combining arand cardboard in the best way I’ve saw

Developer Cmoar May 5, 2015 It’s not really to play; it’s just a demo that nicely demonstrates what AR is capable of ?

Developer Cmoar September 23, 2015 Chris, have you printed the marker?

Benjamin Doby January 9, 2017
I understand the complaints, worked once then never went pass the “support us” page.

Dark Western February 18, 2016
Basically, it opens your camera and you can look through it.NOT RPG WHATSOEVER!

Mido MHCB December 10, 2015
I could see nothing but 2 blue circle on both screen center

Martin Holan March 16, 2016
Screen is upside down on Nexus 5X and no option to rotate picture. Though should be easy software fix I believe

gingersteadman stead July 18, 2016
I have two screens both with blue circle in middle.

Aswin Aravind December 1, 2015
Such an amazing experience. Would have been awesome if games where like this.

Manan Bohra February 17, 2015
Only thing it needs is a tutorial…..best app ever

Developer Cmoar May 5, 2015 Thanks! ? It’s just a see-through app, perhaps in the future we’ll release a complete version.
Tags
Cmoar