It’s a nice game for playing in background but there’s nothing interesting to keep the game challenging besides grinding for unlocks? None of the cars turn, no pedestrians show up, there isn’t anything to throw you off. There’s nothing else to keep an eye on that changes what you do. It’s just changing the speed of straight-moving cars. 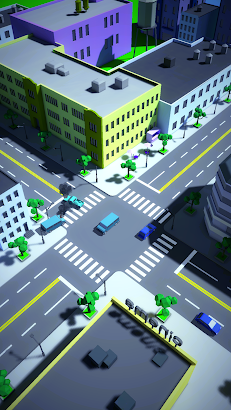 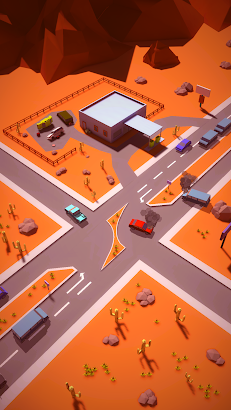 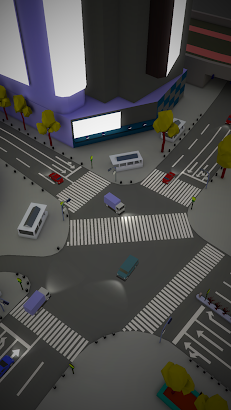 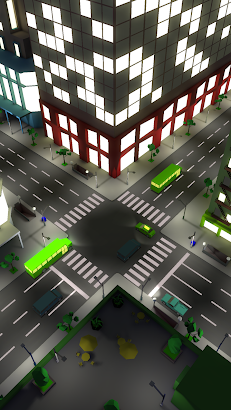 The brand new and the most beautiful endless arcade game! In this game you have to show your fast reaction, because you will control the car traffic at the most interesting crossroads of the world from New York to Hong Kong!

In the game you will find:
– Unique maps
– Stunning Low Poly 3D graphics
– Intuitive control
– endless gameplay
– online Leader board and Achievements list
Challenge with players from all over the world and conquer the leader boards on all maps.

Emberlynn B March 25, 2017
It’s a nice game for playing in background but there’s nothing interesting to keep the game challenging besides grinding for unlocks? None of the cars turn, no pedestrians show up, there isn’t anything to throw you off. There’s nothing else to keep an eye on that changes what you do. It’s just changing the speed of straight-moving cars.

Jaime B April 8, 2017
Great concept i like it it is pretty fun but at first i thought the point was to try and cause the biggest accident that you possibly can… but on the contrary the goal is to prevent an accident lol ? has great potential… maybe you can add a level where the goal is to cause a huge accident that would be fun. Good job keep up the great work.

Max Foxen MB7 April 11, 2017
This game is ok and is easy to earn money but when actually playing it takes long for the traffic to escalate, I can leave it on for 30 seconds and not have a crash. It should be faster, it doesn’t feel like a game.

UnknownMay 31, 2017
The game is SO AWESOME except for the fact that the game does not let you see the crashes for as long as you want too, a xoom option would also make this game my favorite. Keep up the great work ma peeps!

N. Fros March 11, 2017
In a desperate attempt to make this game slightly less boring, I would try to see how soon into a level I could cause a crash. Turns out the game was still incredibly boring.

Aries Cid March 24, 2017
This game gets a lot of bad criticism, and I don’t mean the game is bad, I mean the reviews are bad. I can not guarantee for every review, but all this despising seems to stem from the fact people think this game is too slow or mistook for a road rage. Let it be known, this is an arcade game that I will go into detail why I find one of the more unique games.You see, this game follows the goal of a tapping game, where you want to get coins to advance into the next stages. But it follows the gameplay of an arcade game, where you want to get as much points as possible. Now with no goal in mind, I feel Two Beards Games did an excellent job combining these two key elements into a fun and addicting game.Yes, this game has its flaws. The music could use a spice of variety. Perhaps an exploding car crash and a moving environment with a civilian or two. Although it can get tiresome, the music gives a cheery vibe that I find tolerable. And I can write essays why each stage feels distinctive in its characteristics. It starts slow and if you stick with it, it gets interesting.

Cameron Adams Ramsay February 20, 2017
It’s pretty good but as all the other reviews state, it eventually gets pretty boring

Alyssa Kelly April 29, 2017
The game is just boring!!! Makes me wonder what life has become

Abiyoga Partogi September 8, 2017
Well good game but its just one of those 24 hour made game so ya its boring

Victor Victor May 6, 2017
Very good game absolutely love and it what be cool if there was two packs for free one where you have to make a big accident and the other pack to prevent accidents

Sam Cain September 4, 2017
You only get one first impression. You burned that when you decided to show an ad before the actual game.

foxy247 games April 7, 2017
I actually accidentally closed out of the controls so I hate it because I can’t do anythin

Eddi Kon March 19, 2017
Everytime you lose you have to start over and the first 5 minutes are extremely boring

Flying Mr.potato May 27, 2017
If a car crashes don’t stop wait until the road is blocked of completely

Aiden Gebauer March 30, 2017
In this game you would want to crash cars they should add that

Tomasz TGM March 29, 2017
Takes ages to get coins, gets. Bit boring after taping a Few times.,

J T Sheesley May 16, 2017
The game itself is amazing but you should make a way where you can just watch the crashing .

SOUMYA RANJAN BEHERA May 8, 2017
The game is really good also the graphics and gameplay is also great but after a while it gets boring and there is nothing to do.

Zackary Foret February 28, 2017
I CANNOT EVEN STOP TRAFFIC! DELETE THIS GAME NOW! EVERYONE, UNINSTALL THIS GAME FOREVER AND RATE THIS APP 1 STAR FOREVER!

Pritam De March 22, 2017
Slow gameplay. Speed up the gameplay and this game will get better.

Christopher Crosby August 3, 2017
Can u please make a game mode that u are supposed to reck as much as u can

DaGameChef March 30, 2017
A very cute traffic game that really is a time waster

Egg Plant September 19, 2017
I real don’t know why this is a game and what the point of this game is to be honest.

Robert Littler May 15, 2017
Cute, simple to a fault, it becomes a grind for coins straight away.

Jason Rosas April 1, 2017
I like how it is hard but addictive. Awesome graphics!