Diwali Dhamaka, light up the crackers and celebrate the festival. Happy Diwali!

Pathetic; But ok-ok firework animations. Bad controls. No responsiveness when about to burn crackers, no live camera animations. Crackers not even named. No response on injury, at least you could have used just vibrations. 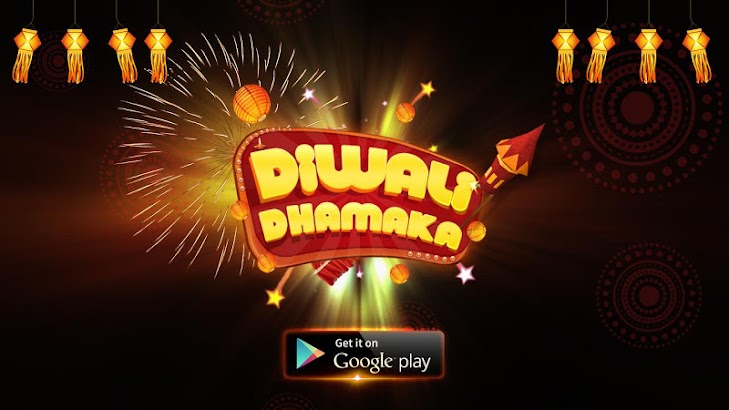 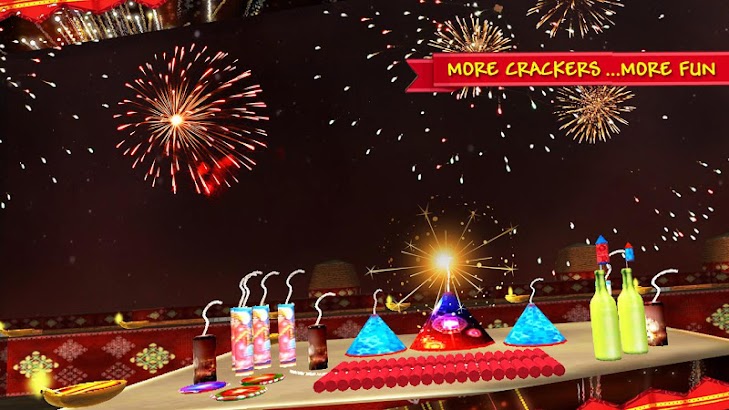 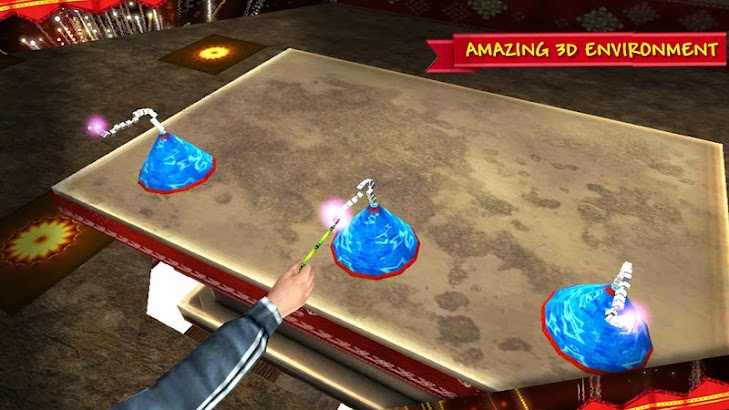 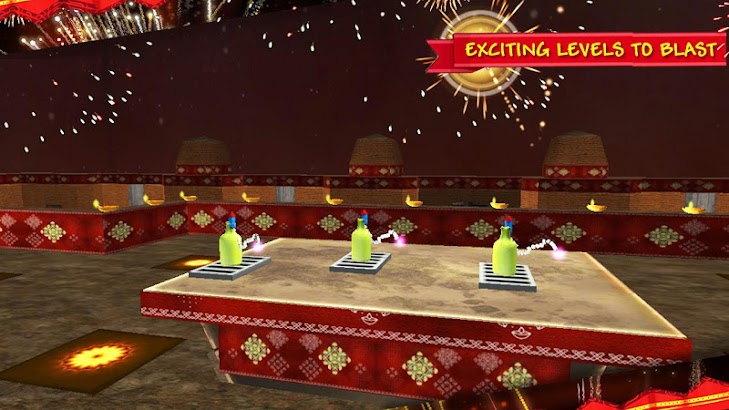 Diwali also known as Deepavali and the “festival of lights”, is celebrated in autumn every year.

The festival spiritually signifies the victory of light over darkness, knowledge over ignorance, good over evil, and hope over despair. So light up your festival with diwali special game ” Diwali Dhamaka” where you have to light up the crackers and celebrate the festival. Be careful, don’t burn your hand and check the timer in this new game of diwali! Each level is assigned with special task. Light up crackers safely to win the task! Unlock new fire crackers, bombs and rockets etc in each level. Have Fun & Happy Diwali!

Check out our free games previews, game trailers, videos and more free apps in the future.

This game is suitable for all kind of genres from kids, girls and boys of all ages.

Amar Vashishth November 9, 2015
Bad controls. No responsiveness when about to burn crackers, no live camera animations. Crackers not even named. No response on injury, at least you could have used just vibrations.

Nihaal Rewal January 10, 2016
I cleared its all levels but then again I was playing then all levels were locked so I give it one star only not nice game

KEKTI KAUSHIK September 26, 2015
It is not working on my phone it is not a good app just wasted my time and data

ALANKAR COMPUTER November 13, 2015
It is the worst game . If I try to burn it I will go near i burn the cracker and it say leavle fail

Kaif Naseem October 29, 2016
Bad Controls,bad graphics and a very stupid and local game…..I will give you zero stars….

Edwin George November 11, 2015
Don’t download its a pointless game don’t go with the ratings there are enough stupid people to like this game

Abhishek De October 29, 2015
I want to play this, but this game keeps crashing on level 2. Please fix it.

Anshuman Tripathi November 7, 2015
Nice but if in a chance we cross 7 lvls qnd by chance or by mistake we just remove the app al of our progress is hone plz fix it

narendra kumar November 11, 2016
We had a celebrity crackers for Diwali and better than more levels in this game.

Max Ramchandani November 25, 2015
This game is not even deserve to call it a game

Abhishek Gupta August 17, 2016
in this game ther is one problem suddunly the game is closed

Sanjay Gupta November 9, 2015
Bad cause it an online game .and waste of data

Pramod Tiwari December 6, 2016
please add laila majnu 12 star 2 sound and the last lantern so i will rate it five

Young Ephraim October 28, 2014
Ghe game is a good ti e killer like wating on doctor or wating on wife or [email protected]

Reethu Kuppili October 23, 2015
Not at all opening please just fix it

sinchana v December 3, 2015
Has to improve their time given to lit crackers one after another..

Padma Kumari Kewalramani October 17, 2017
3rd level .. i hate this appvery tough levels i dont know who the mental one has maden it

harshit khullar October 24, 2015
It is just a ridiculous game it’s not working.

Yashi Jain November 25, 2015
Nice game if we will not burn crackers we can burnin this