CRAPTACULAR!!!! 1. Takes forever to load 2. Ad banners get in the way 3. No instructionsContinue to try, flight sims are tough. 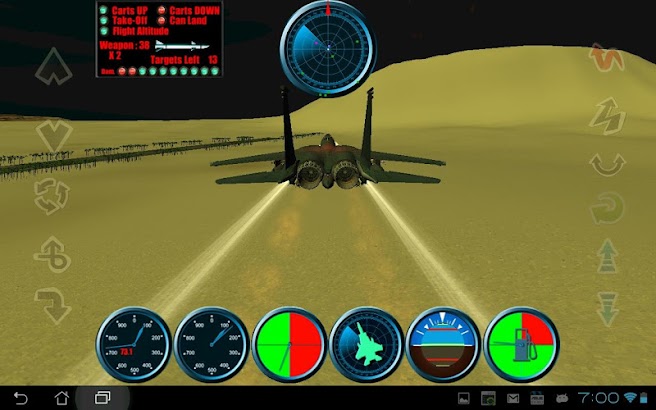 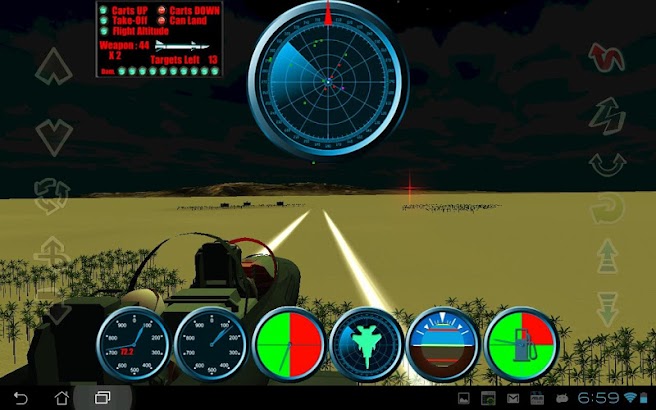 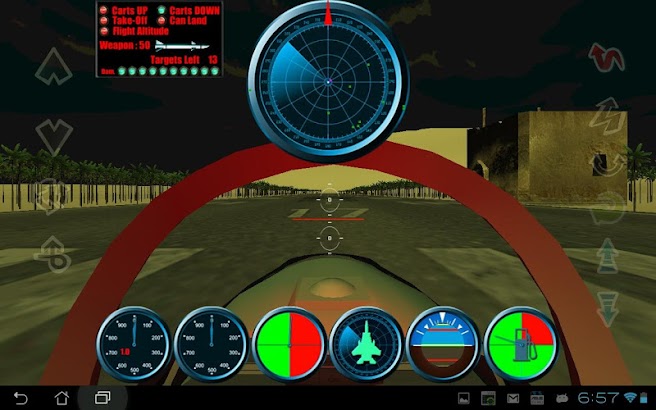 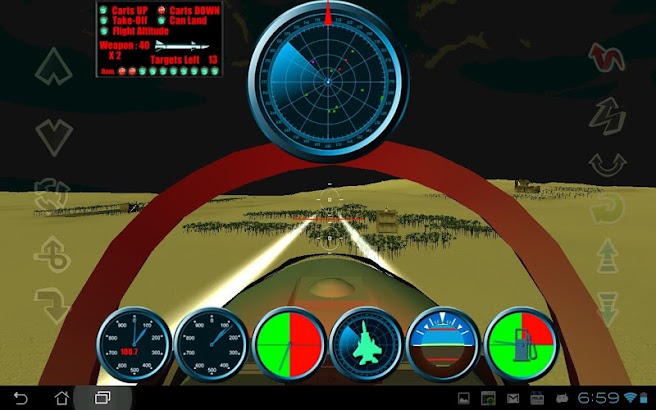 Not recommended screens smaller than 800×480

Andrew Bero October 19, 2013
1. Takes forever to load 2. Ad banners get in the way 3. No instructionsContinue to try, flight sims are tough.

Gustavo Garcia December 12, 2013
Cool game you should download this game

Ricardo Mierz March 19, 2013
Unless your retarded then this game is not for you, none of the flight controls make any sence, the manual doesn’t tell you anything like how to aim, unless you crash into the targets yourself they dont get hit no mater what you do, the auto landing feature drops you onto the desert sand about a thousand feet short of the runway!Graphics are cheap without any real colour or details, there is some sort of red lights in the middle of the desert, what’s it for who knows cuz the manual don’t say….. JUST CRAP!!

Bryan Sinclair May 6, 2013
I try to be as fair as I can with reviews and give the developer as much credit as possible but this is bad….REALLY BAD. How the hell are you supposed to lock on a missile? The plane feels like a bus with wings…..this is meant to be a F15 for god sake! Only kinda good thing is the plane looks OK in chase view……apart from this this is tragically terrible! Sorry

Steve Ray June 22, 2013
This is the most pitiful excuse for a game I have ever seen the developers should be so embar
rassed to go shoot themselves in the head nothing but bbbbb and a silhouetted screen f*** off you c********** f*****

Vlinm Ghnyf August 5, 2013
worst game ever played hey developers stop making horrible games we deserve this you deserve the uses for brainwashing is this game cost $1,000,000 you’d be poor going a little bit too far would you go home how bad this game sucks my dead grandpa to make better games if they have to start ais suckiness chart is the game suck susually gets kicked off of Google Play

Jason Mitchell May 22, 2013
Does not work on Droid RAZR maxx

Raiko Marquez February 7, 2013
the graphics sucking and it wontload

Bryan Mena January 23, 2013
Didn’t do anything,graphics were terrible,lots of glitches over all this app is a waist of time.

Kris Essmyer December 29, 2012
Game played one mission then crashed and would not come back on had to delete it

Delrey Matau April 4, 2014
Show how to play first at the start or just show how is gonna work before flying. PLEASE.
Tags
Norberto Blab